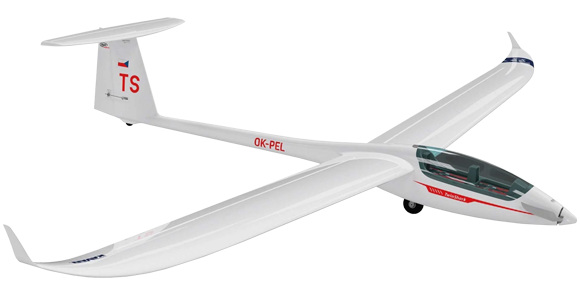 The completely finished semiscale model of the powerful Czech glider with a wingspan of 2700mm made of the almost indestructible carbon fiber reinforced extruded polyolefin foam (EPO) for thermal and slope flying. With the built-in brushless motor C3548-750, folding propeller 11x8", controller R-50SB and 6 microservos. The wing with ailerons and flaps. Controlled are rudder, elevator and speed. For 4S LiPo 2600-3300 mAh (min. 30C).
In 1962 Eugen Hänle founded Glasflügel Segelflugzeugbau GmbH, which soon became known as the first large-scale manufacturer of glass laminate gliders. Their products have always been characterized by innovative solutions - from easy disassembly of the wing and tailplane, to control systems with flaps and brakes, to practical cockpit design - all of which are commonly used in gliders to this day. After the tragic death of Eugen Hänle in an aircraft accident in 1975, the company ran into difficulties and was finally closed in 1982.

In the mid-1990s, the young Czech company called HPH (which had already established itself as a manufacturer of museum-quality model airplanes) resumed production of one of the latest gliders designed by Glasflügel - the Model 304. Great machines from the central Bohemian town of Kutná Hora were flying all over the world. First, the HPH 304CZ model, which was produced using original molds and means. Later the modernized 15-meter model HPH 304C Wasp of FAI class. Then in 2006 a brand new single-seat 18-meter model HPH 304S Shark was introduced, and in 2017 the two-seat 20-meter model HPH 304TS Twin Shark. And now you can enjoy flying with the semiscale of this beautiful glider with a wingspan of 2700 mm, powered by a powerful brushless motor!

The fuselage of the model is made of the highly durable EPO foam (extruded polyolefin) with solid internal carbon fiber reinforcements. The C3548-750 brushless electric motor with an 11x8-inch folding propeller and a KAVAN R-50SB governor with a powerful BEC stabilizer required to power 6 servos on board is installed in the bow. The cabin cover is removable and is attached with a pin at the front and a magnet at the rear. In the bow you will find enough space for a drive battery and a receiver. The rudder and elevator servos are located in the fin, and the rudders are controlled by short straight linkages.

The wing of the model made of EPO foam consists of two parts with carbon fiber strips, whose led out parts also serve as wing connectors and fit into the duralumin housings in the fuselage. The wing halves are attached with a plastic screw. The ailerons and flaps (both reinforced with carbon fiber tubes) are always independently controlled by two servos with short straight wire linkages.

The tailplanes are also made of EPO foam with reinforcements of carbon fiber tubes. The tailplane is attached to the fin with two screws and is easy to assemble and disassemble. 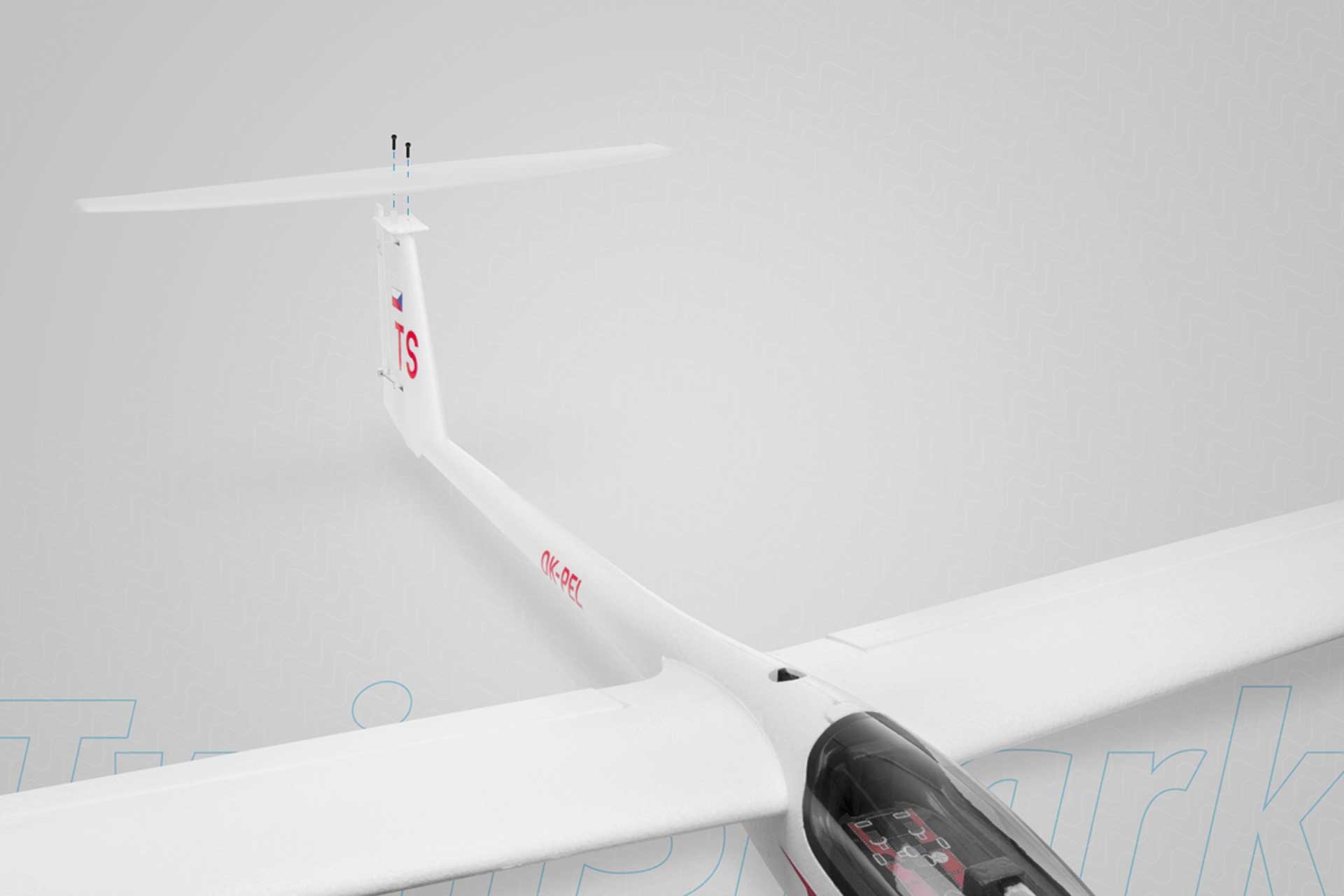 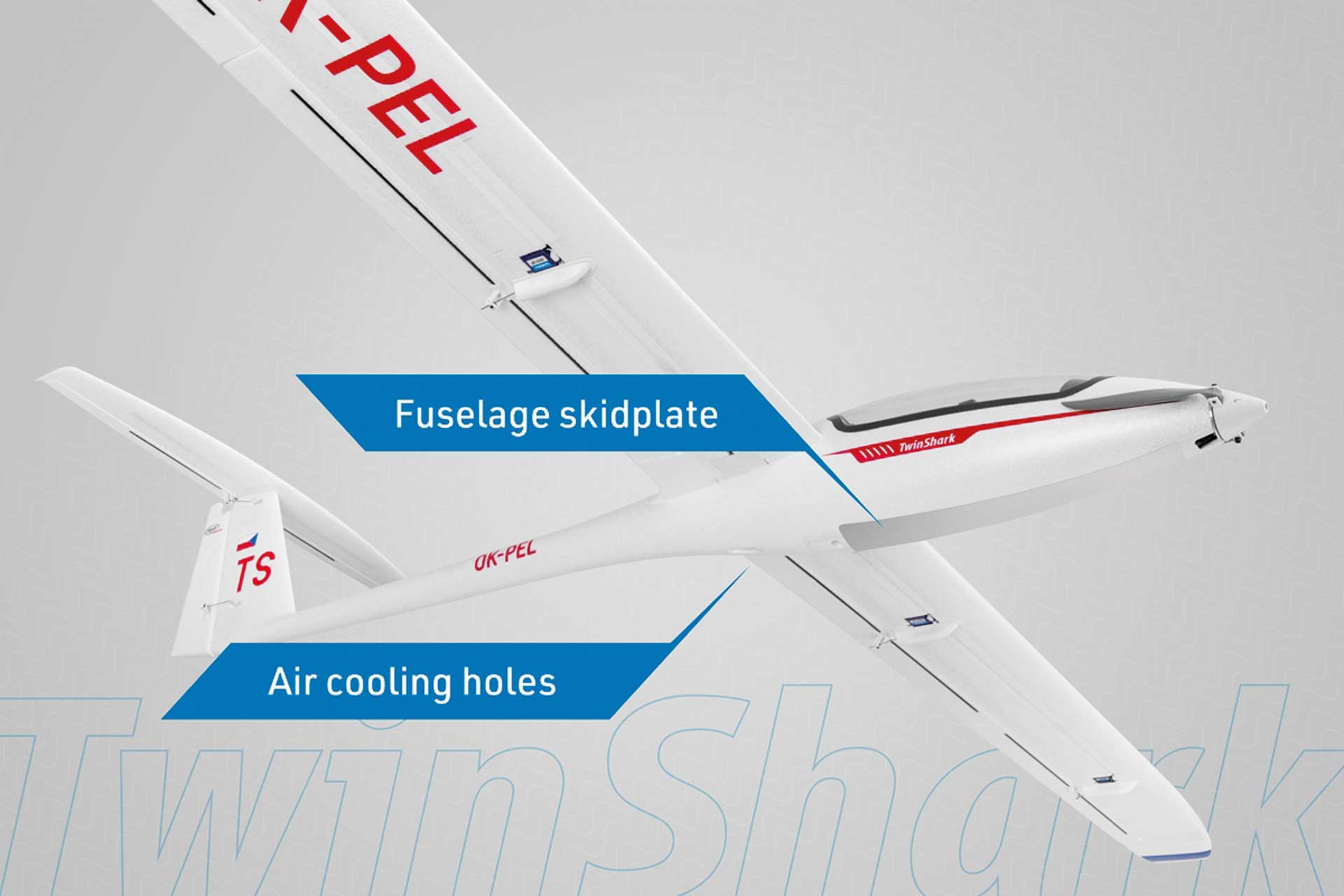 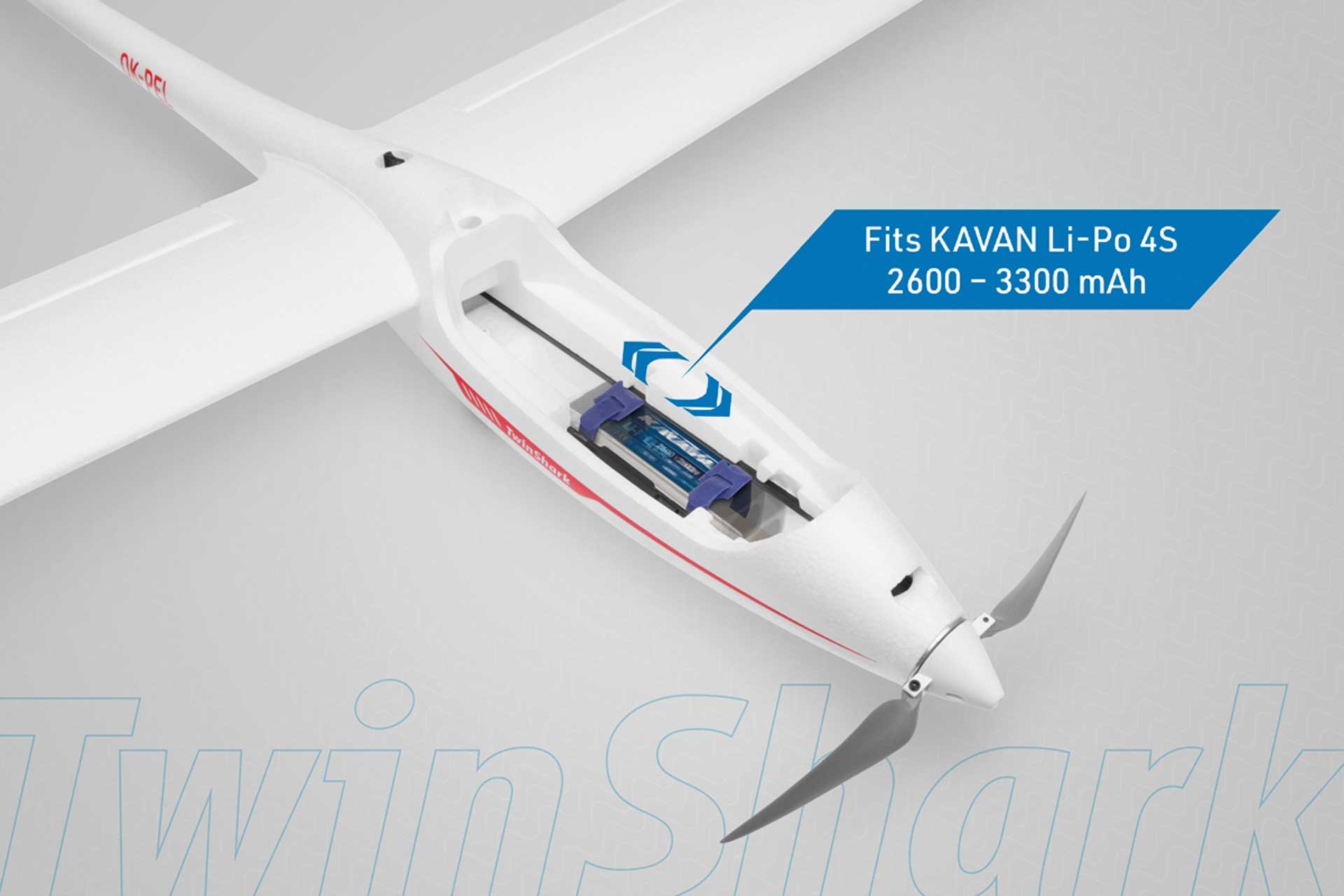 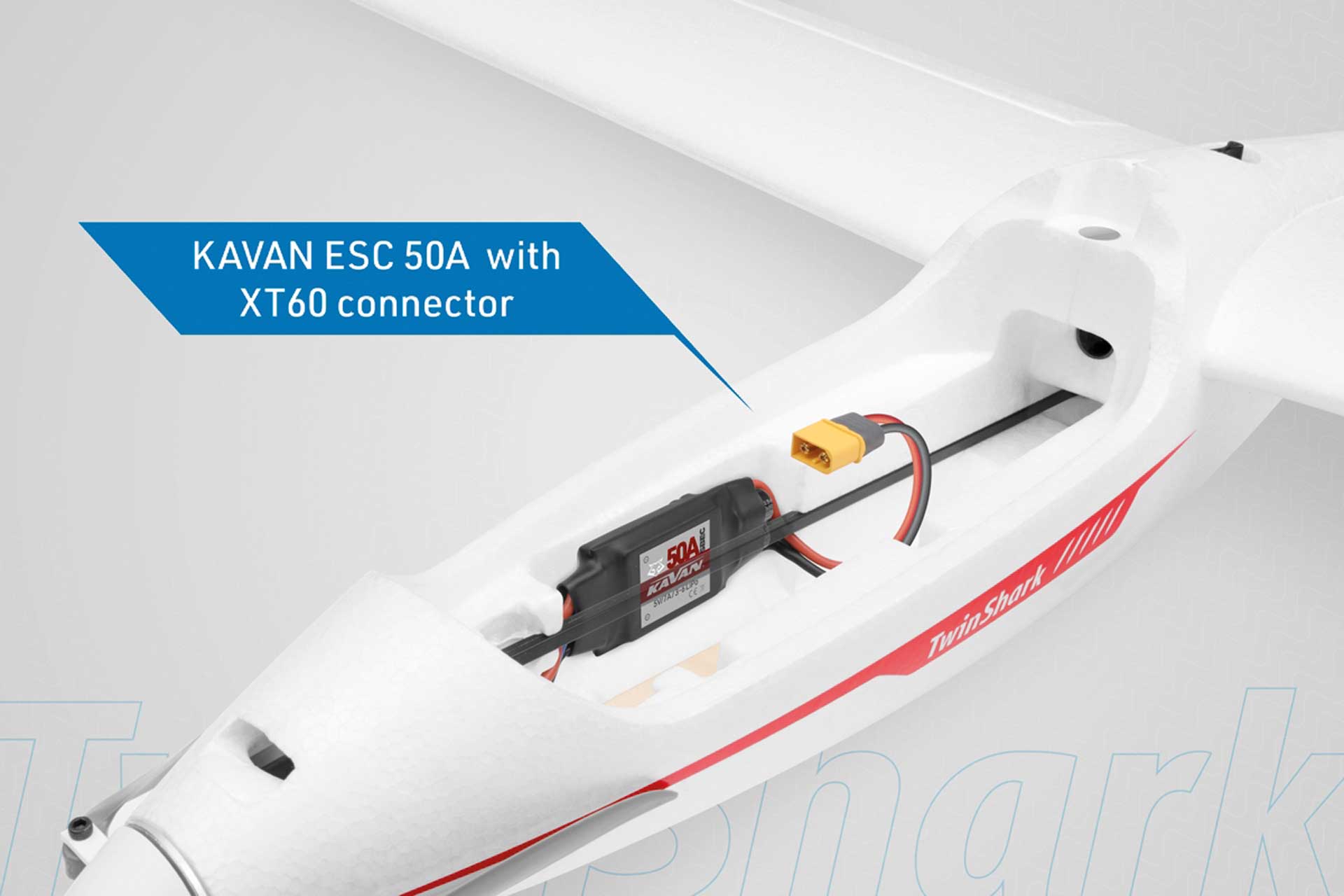 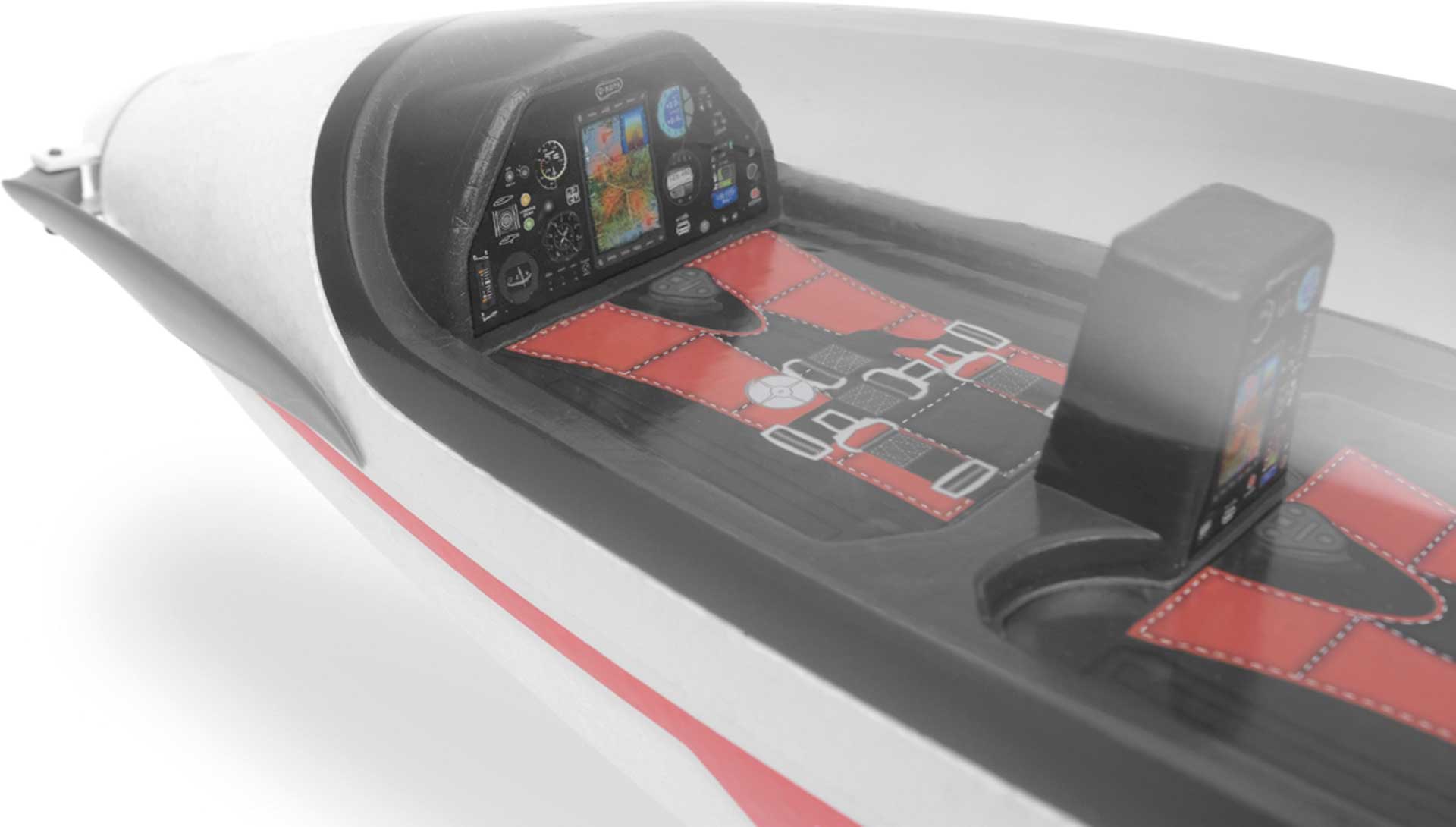 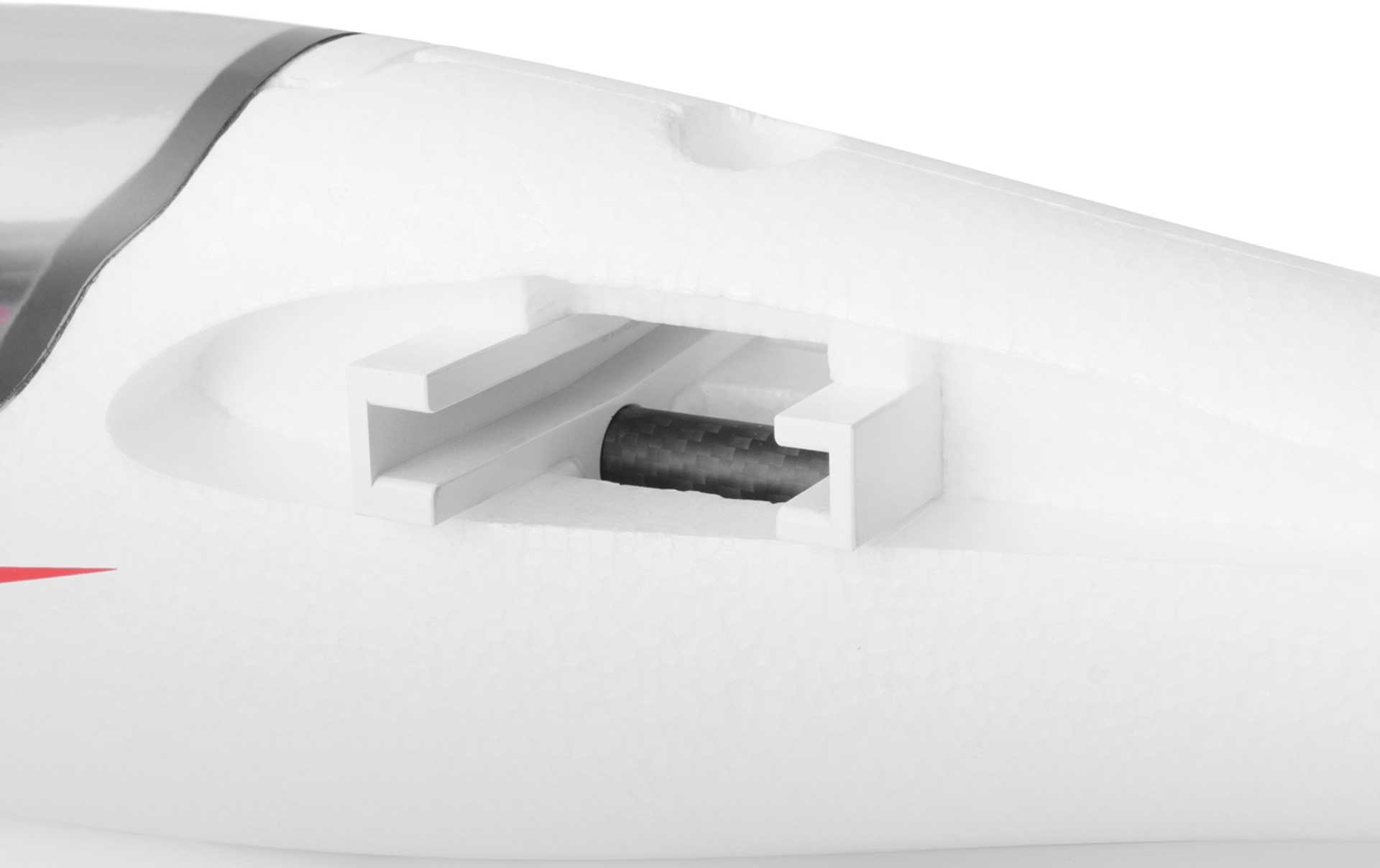 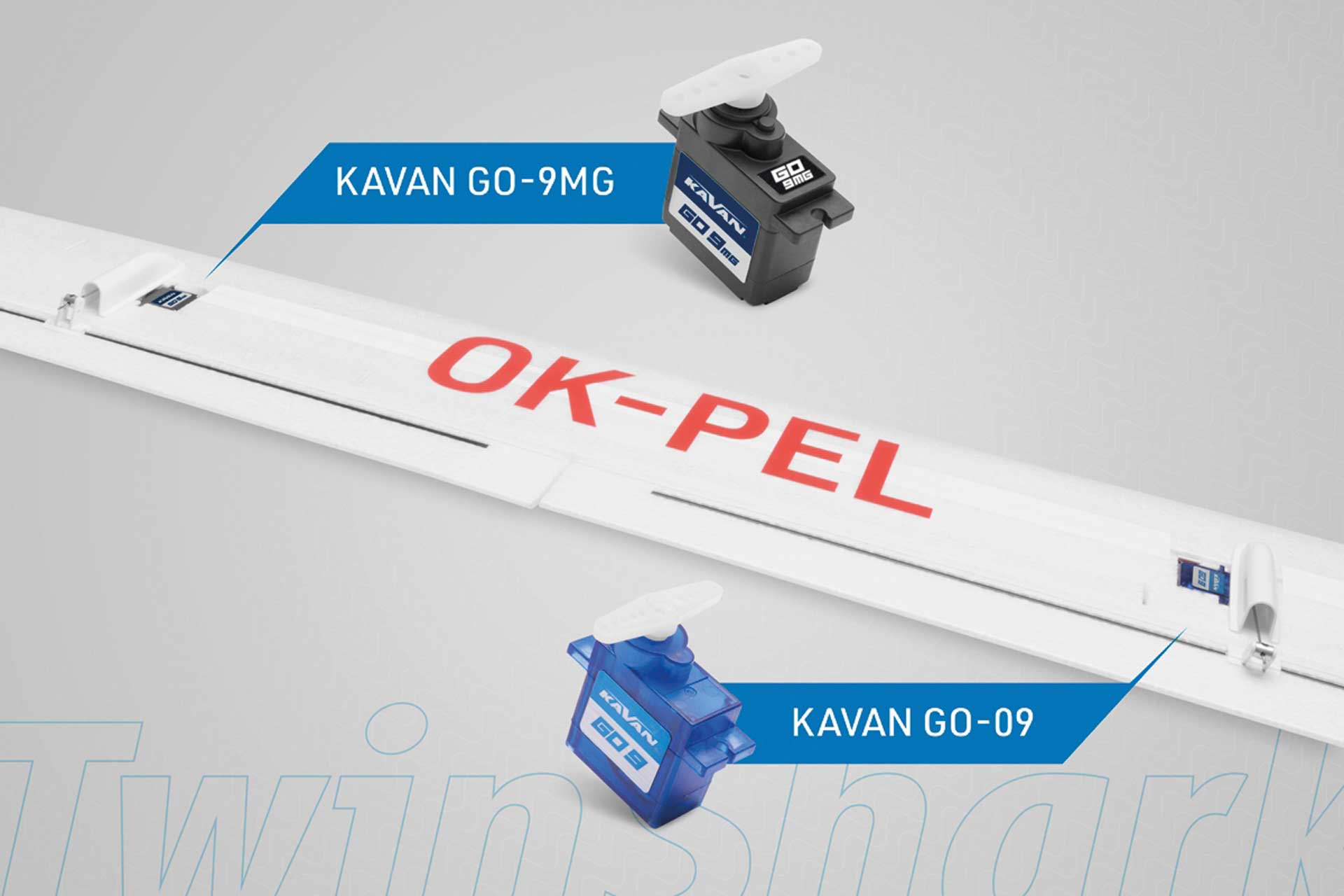 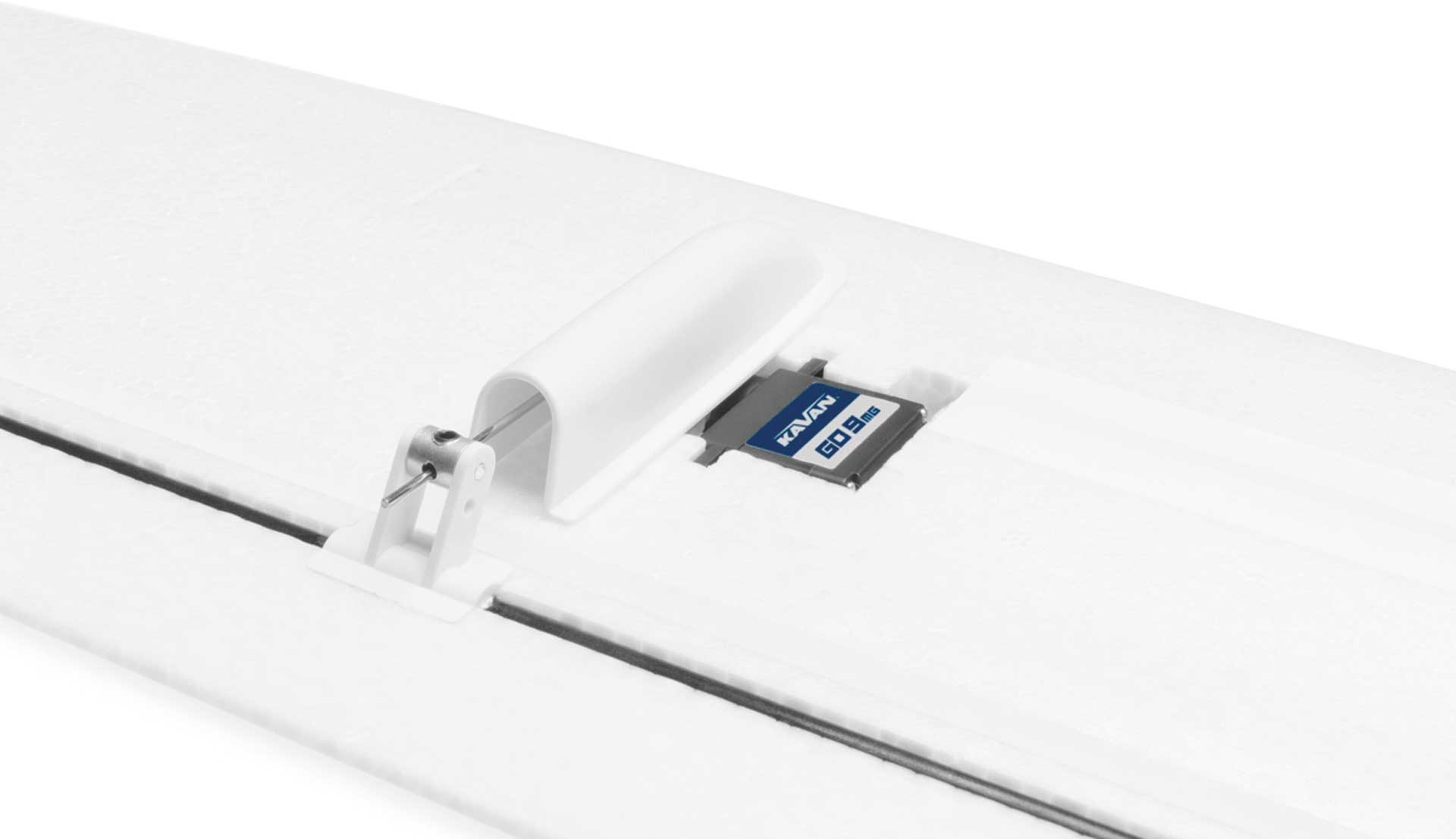 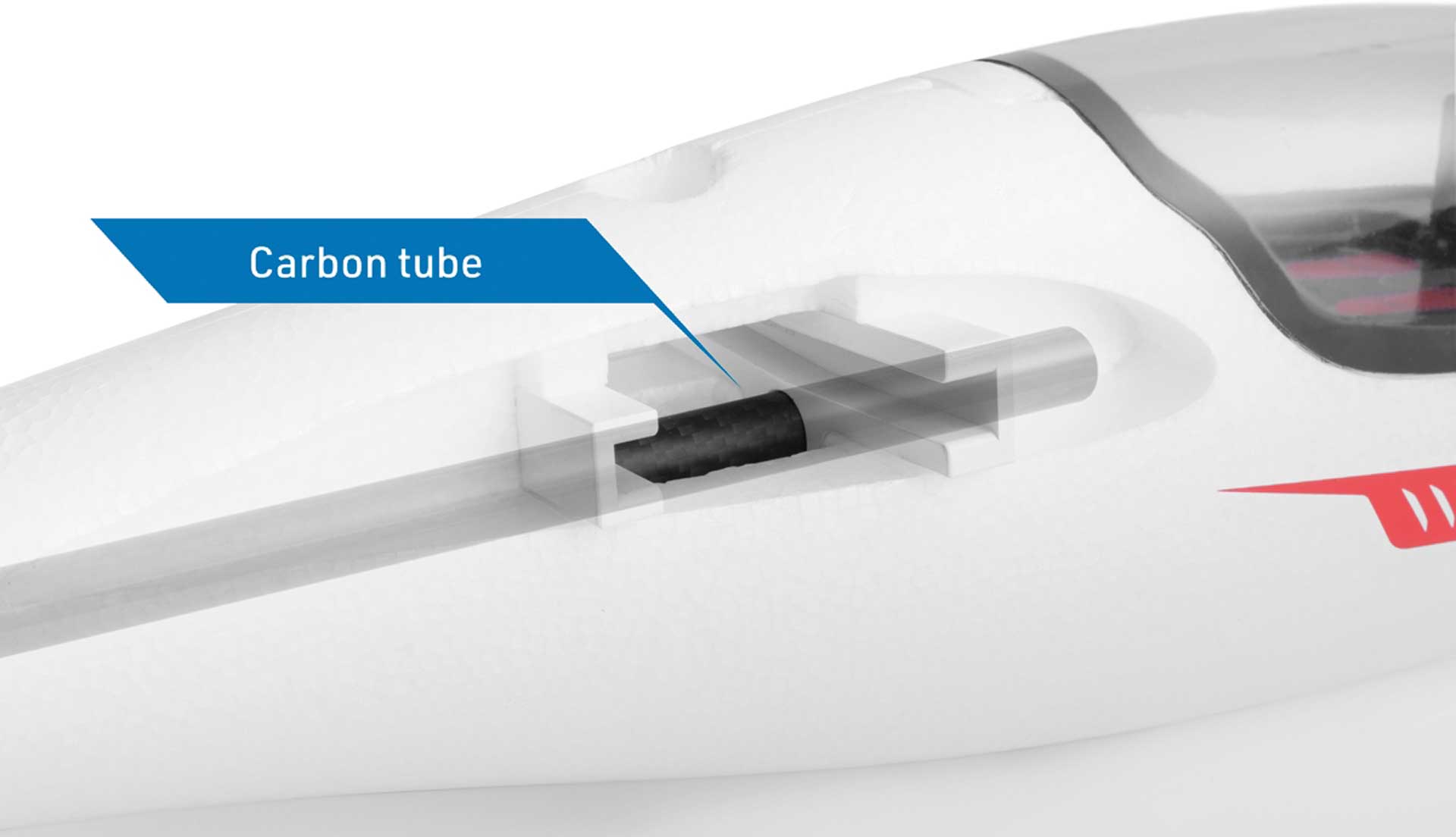 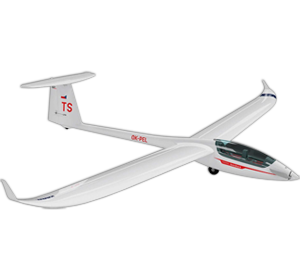 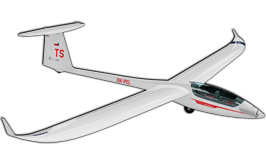 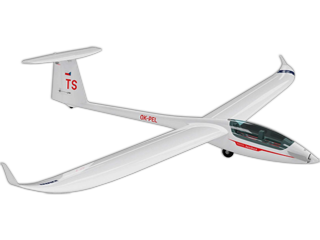 We cannot guarantee that the shops listed below do sell the 304TS TwinShark in particular but at least we know they do distribute Kavan. 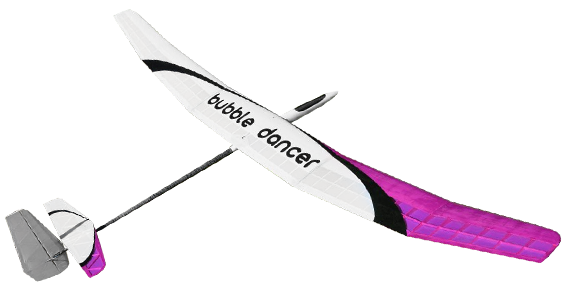 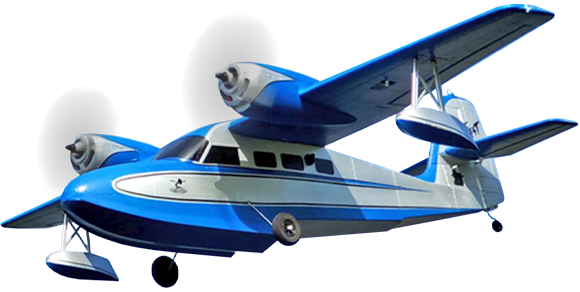 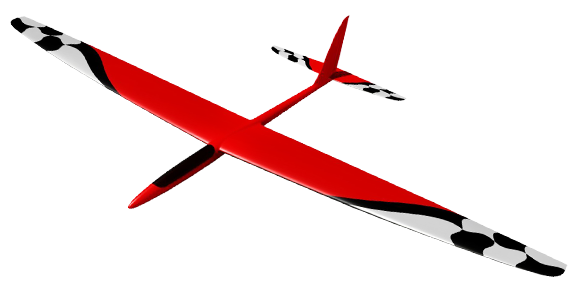