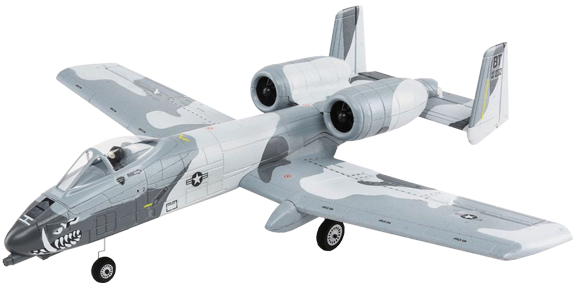 Unlike stealth aircraft that take out enemies anonymously or from a distance, the A-10 Warthog is designed to get up close and personal with its targets. Its mere appearance over the battlefield is enough to send most enemy ground forces running for cover, especially if they've ever gotten a taste of its 30mm nose cannon - a weapon so powerful, it can shred through the armor of a tank with a single burst. This awesome firepower, combined with its ability to turn on a dime and stay on station while taking enormous amounts of damage, has made the A-10 America's premier close air support fighter for over 40 years.

With the UMX™ A-10, you can finally enjoy an ultra micro RC replica of the mighty Warthog that does its legend justice. It perfectly blends scale detail with an abundance of power, crisp control response and AS3X® stability to give you one of the most exciting EDF experiences of any size. 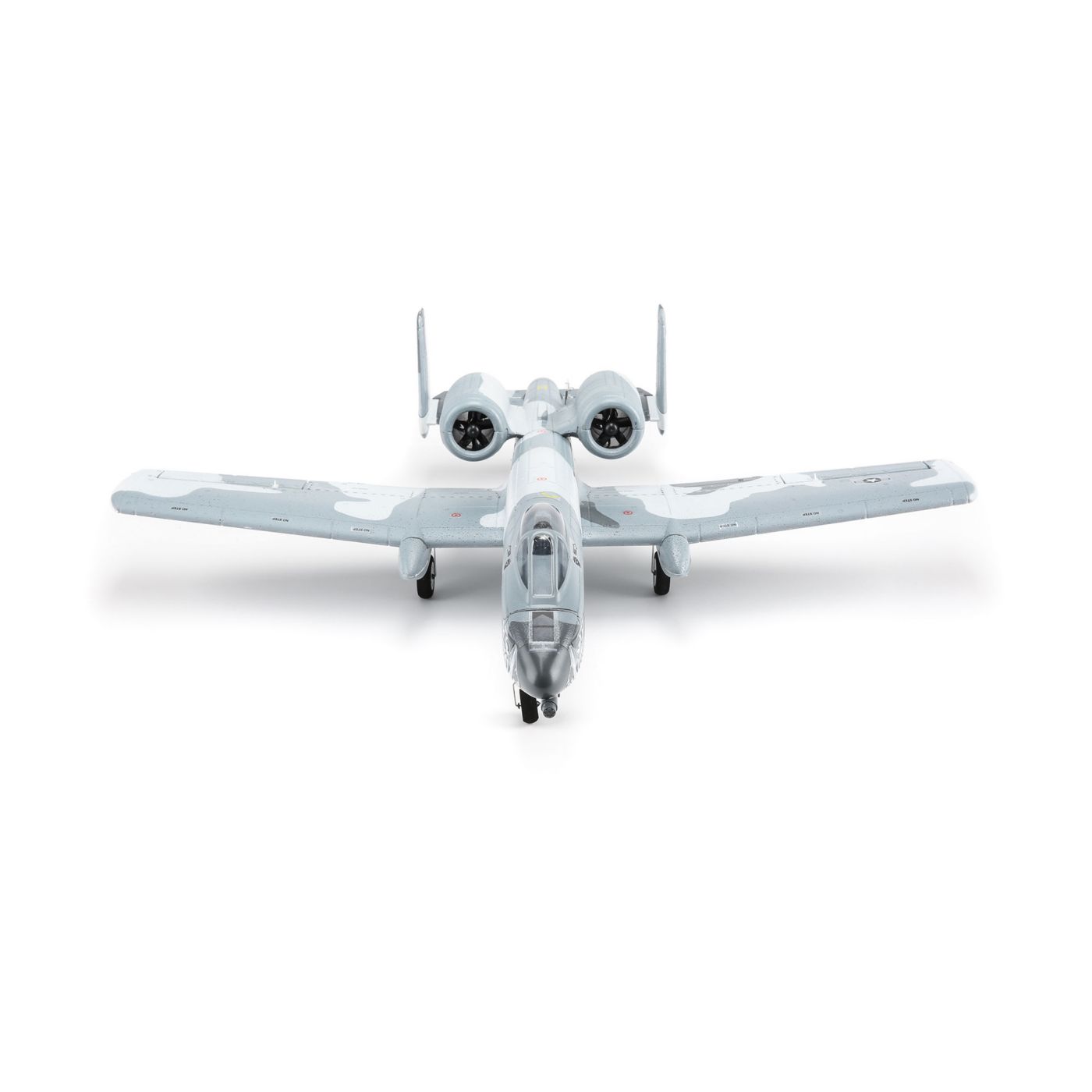 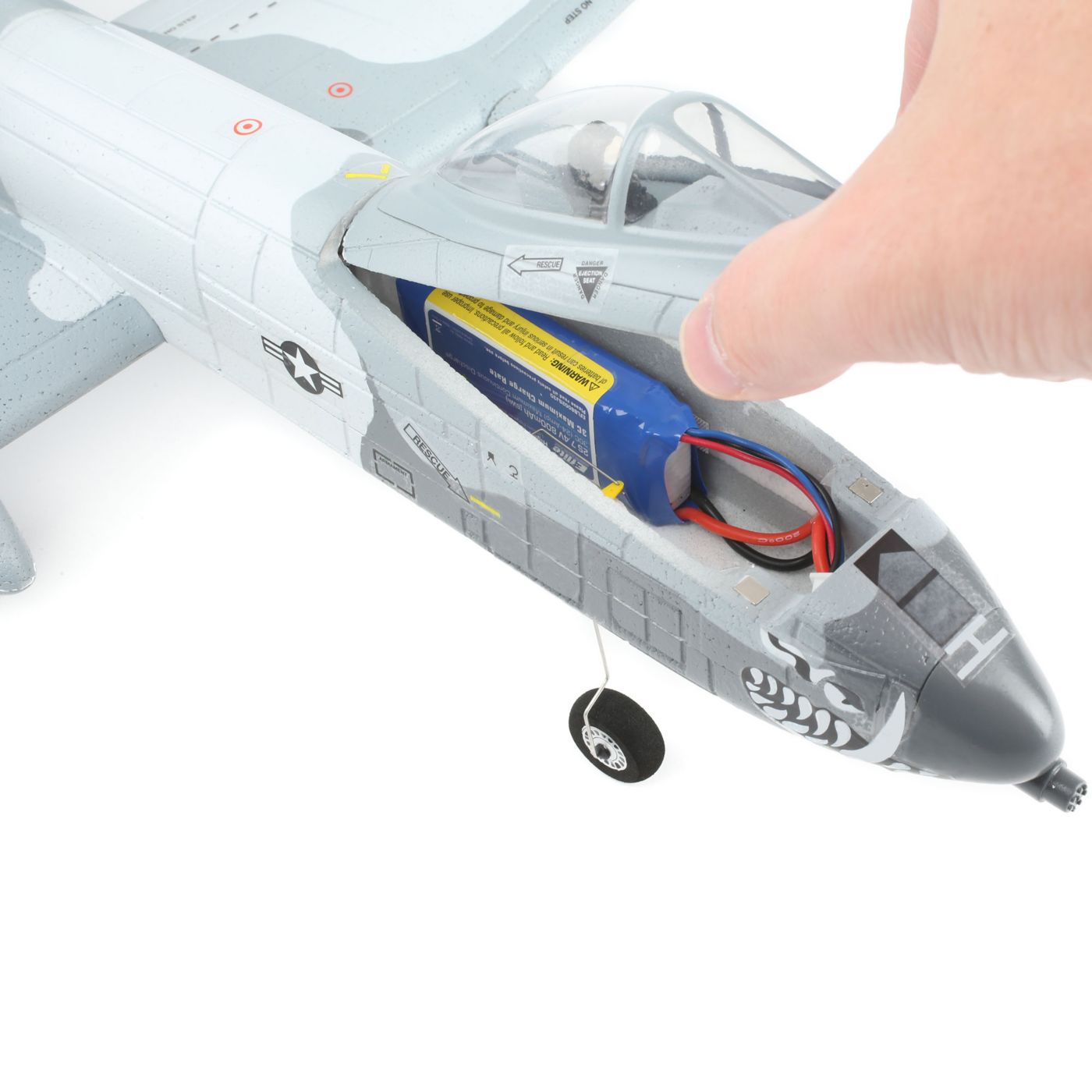 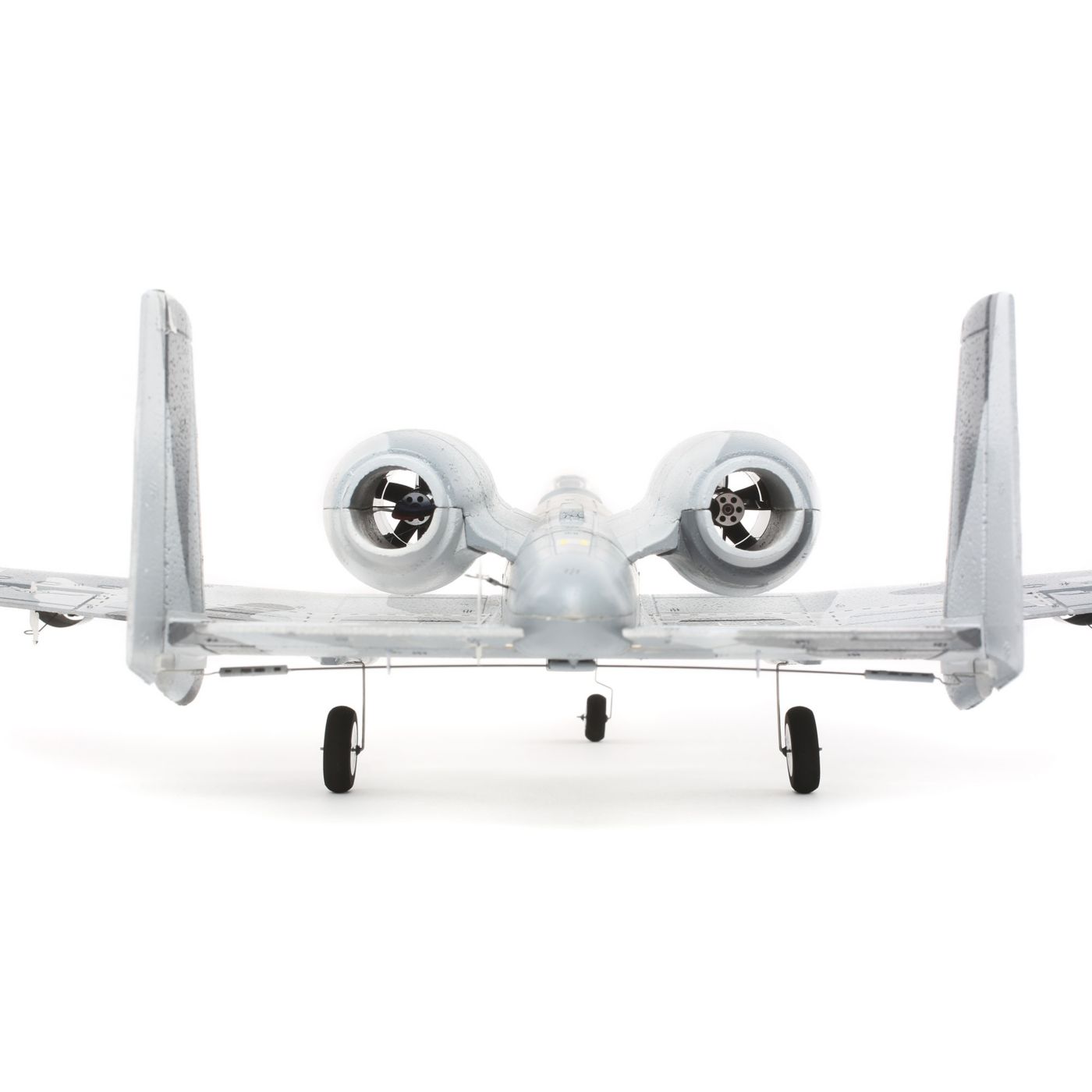 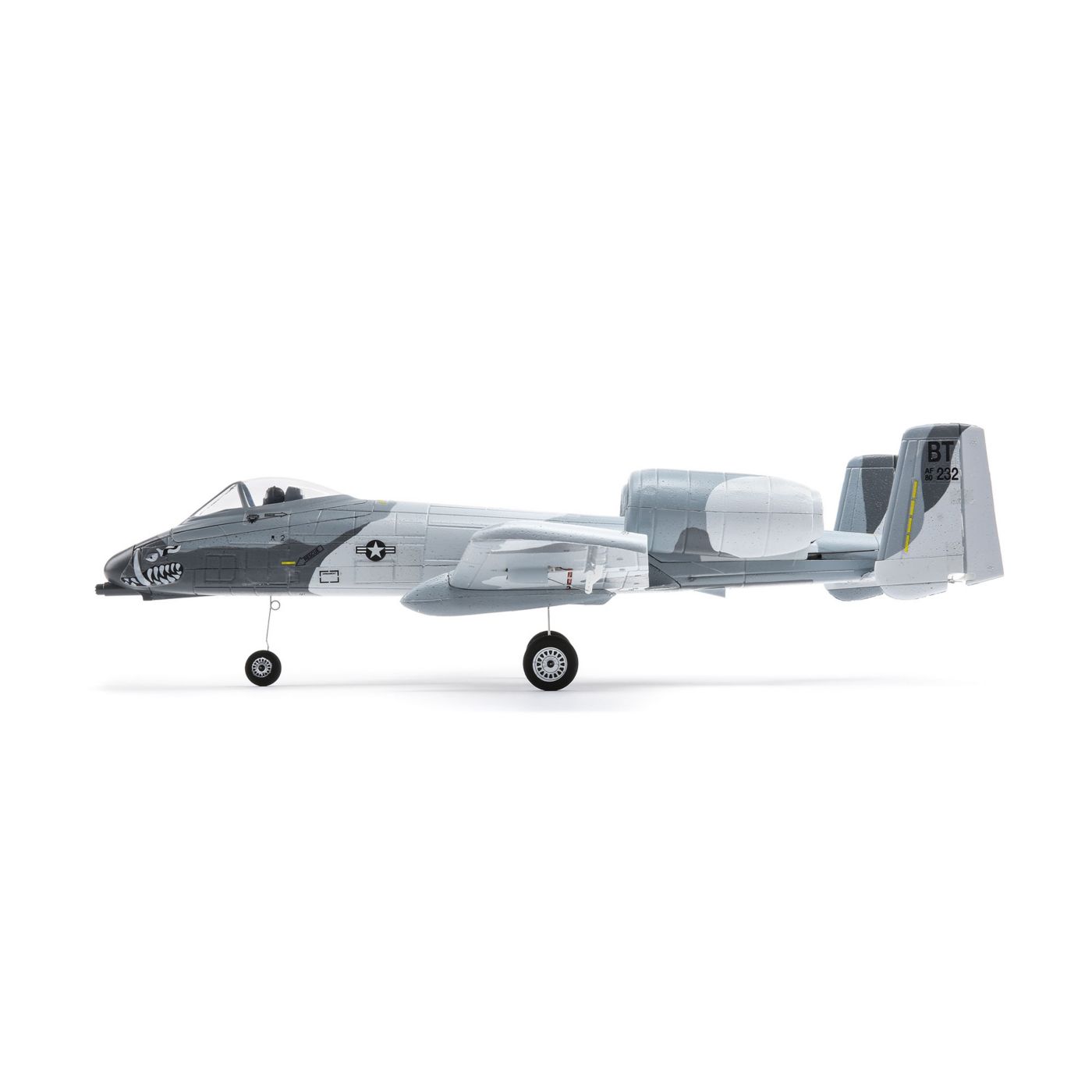 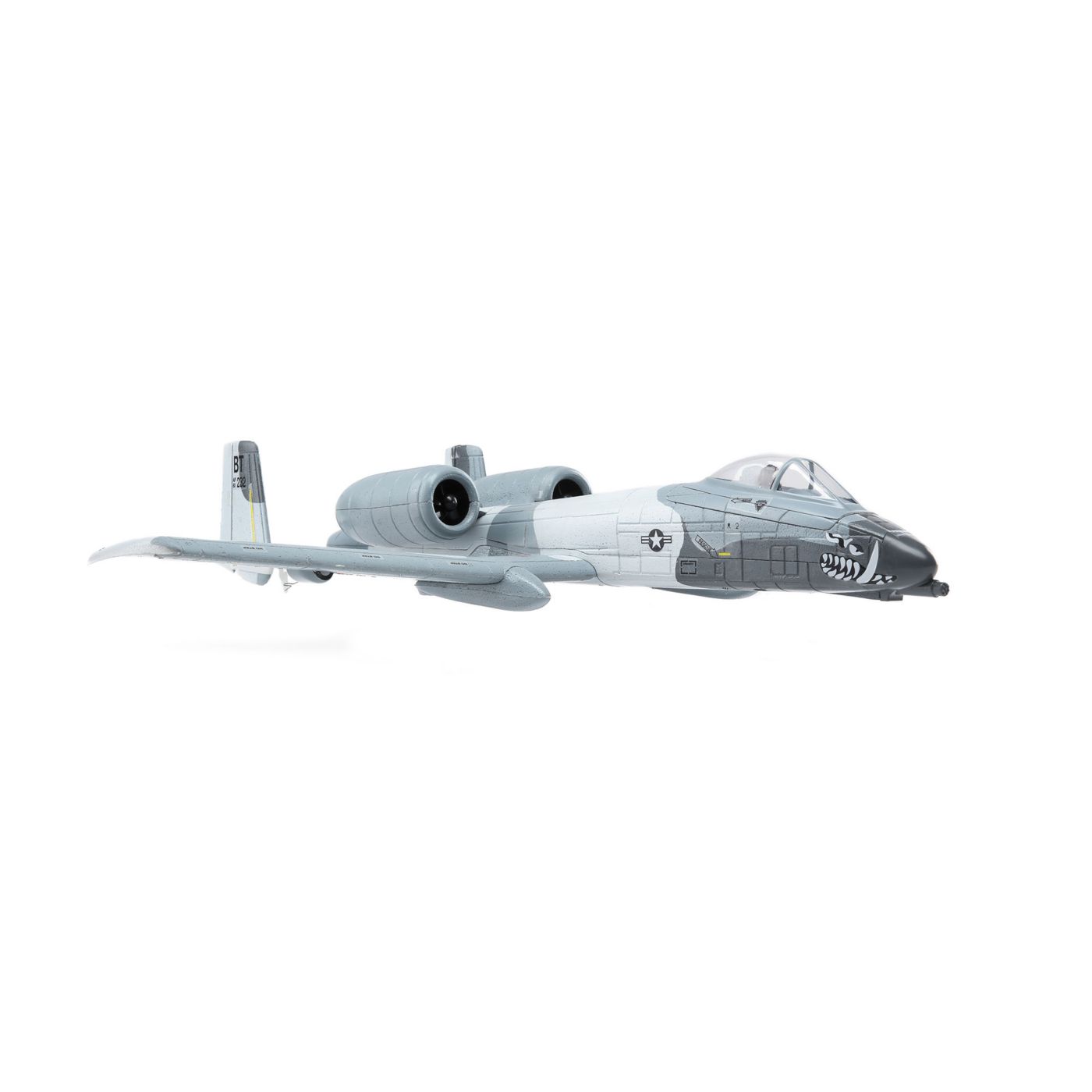 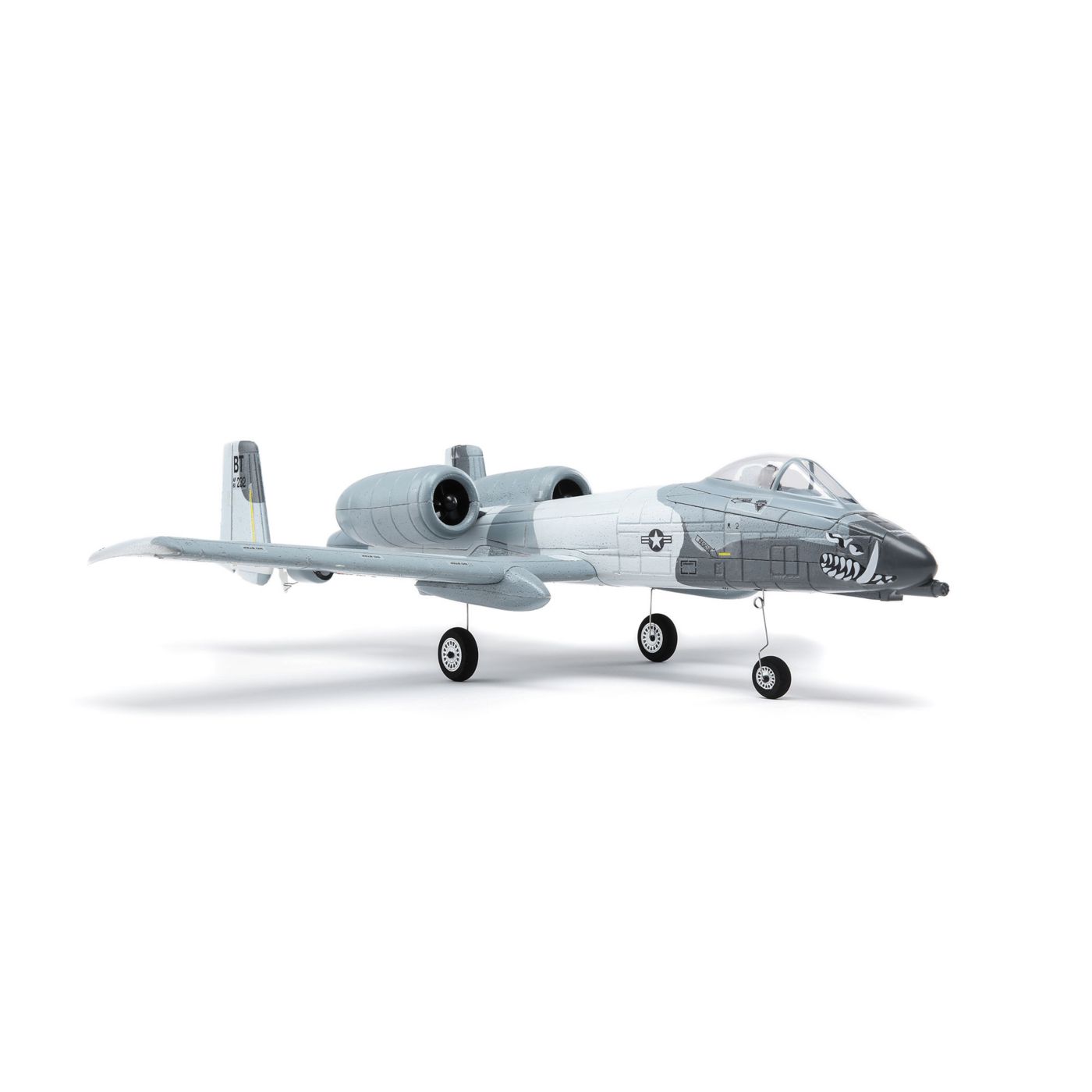 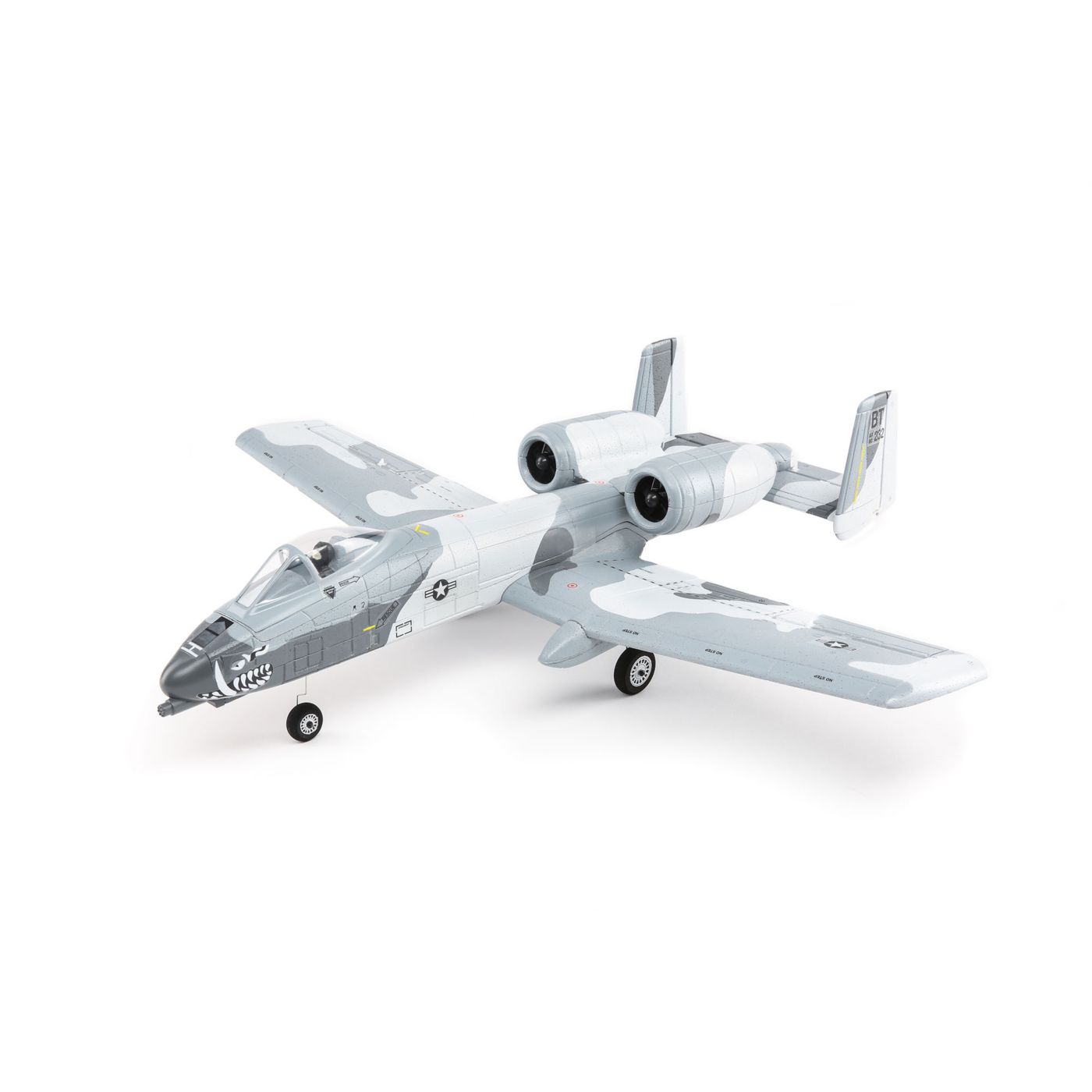 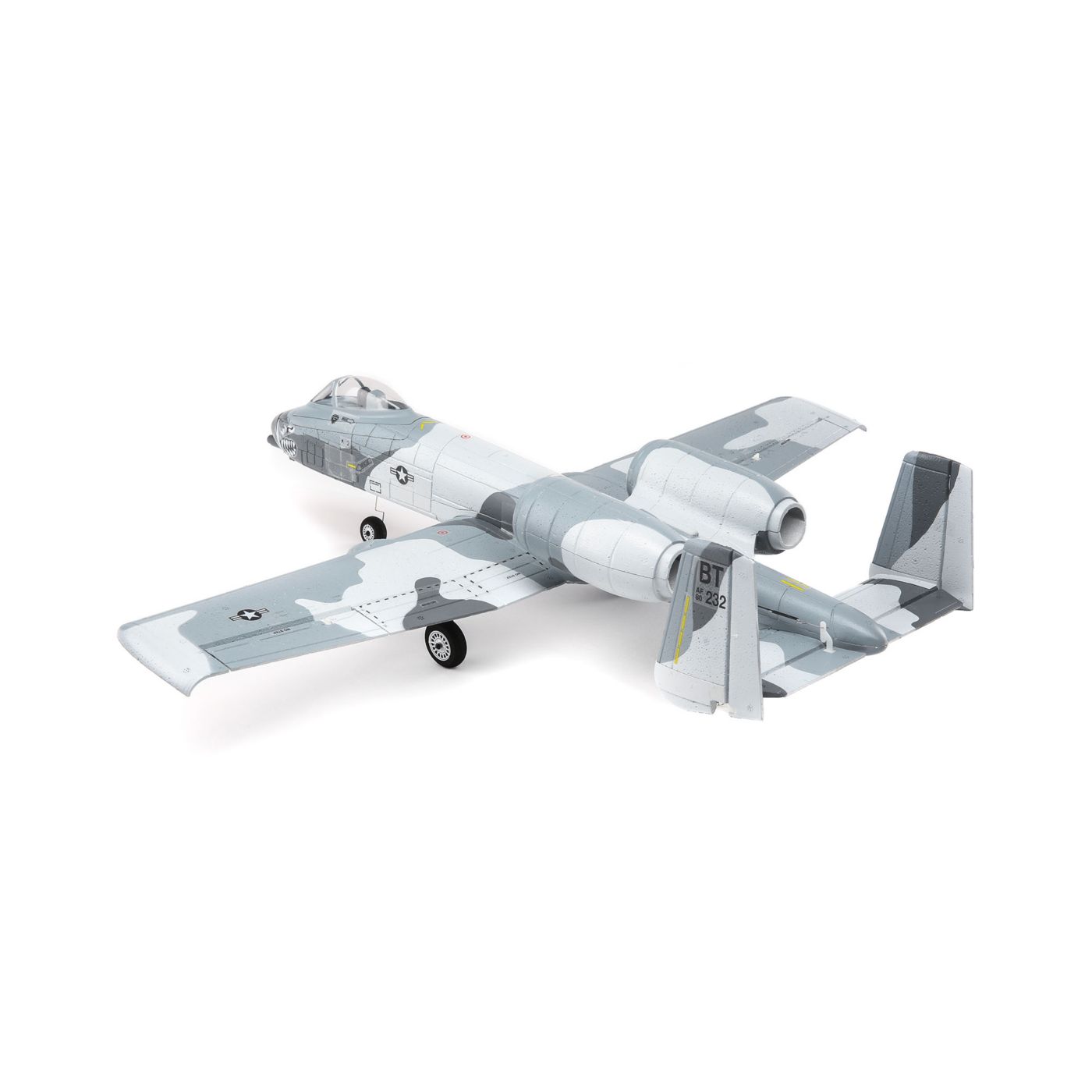 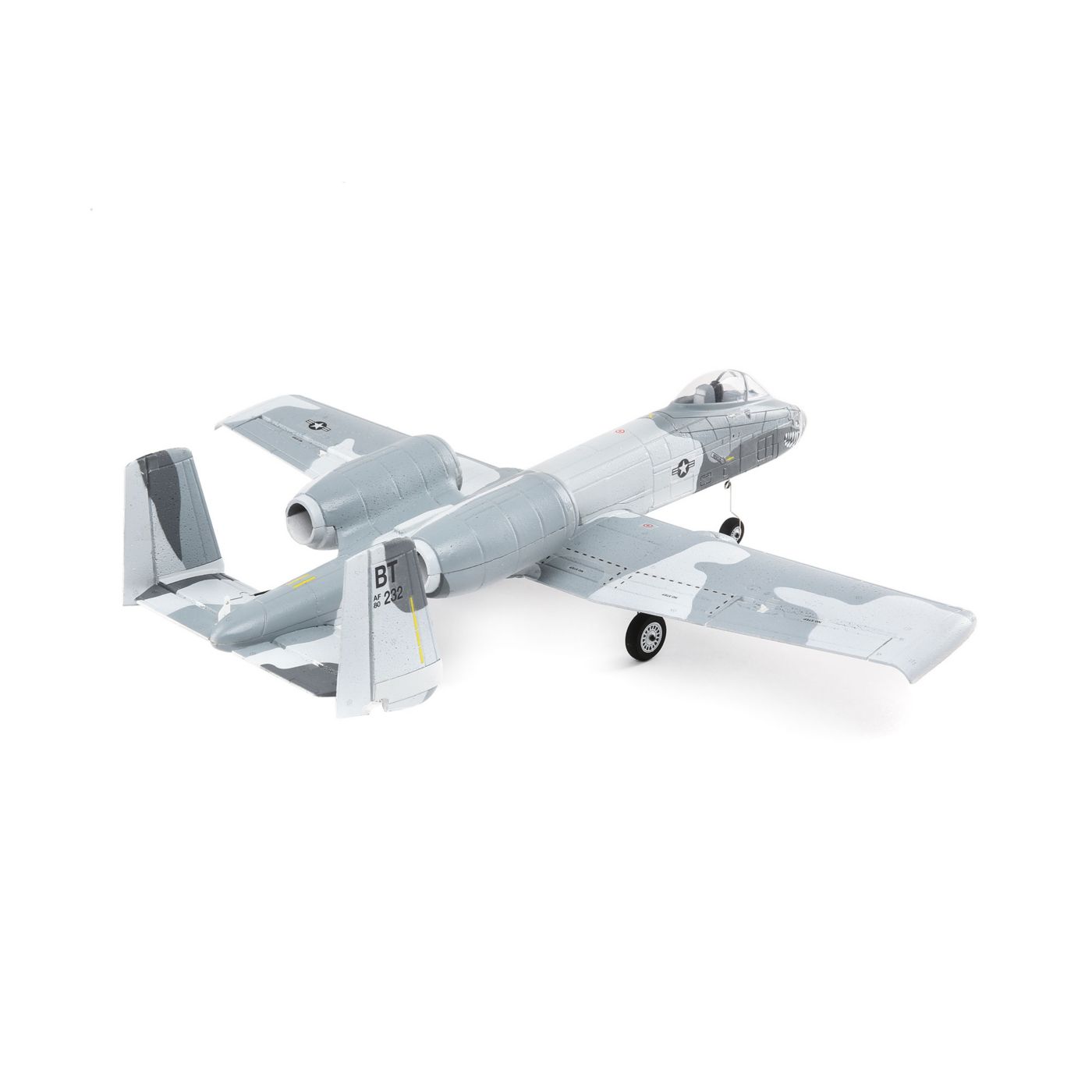 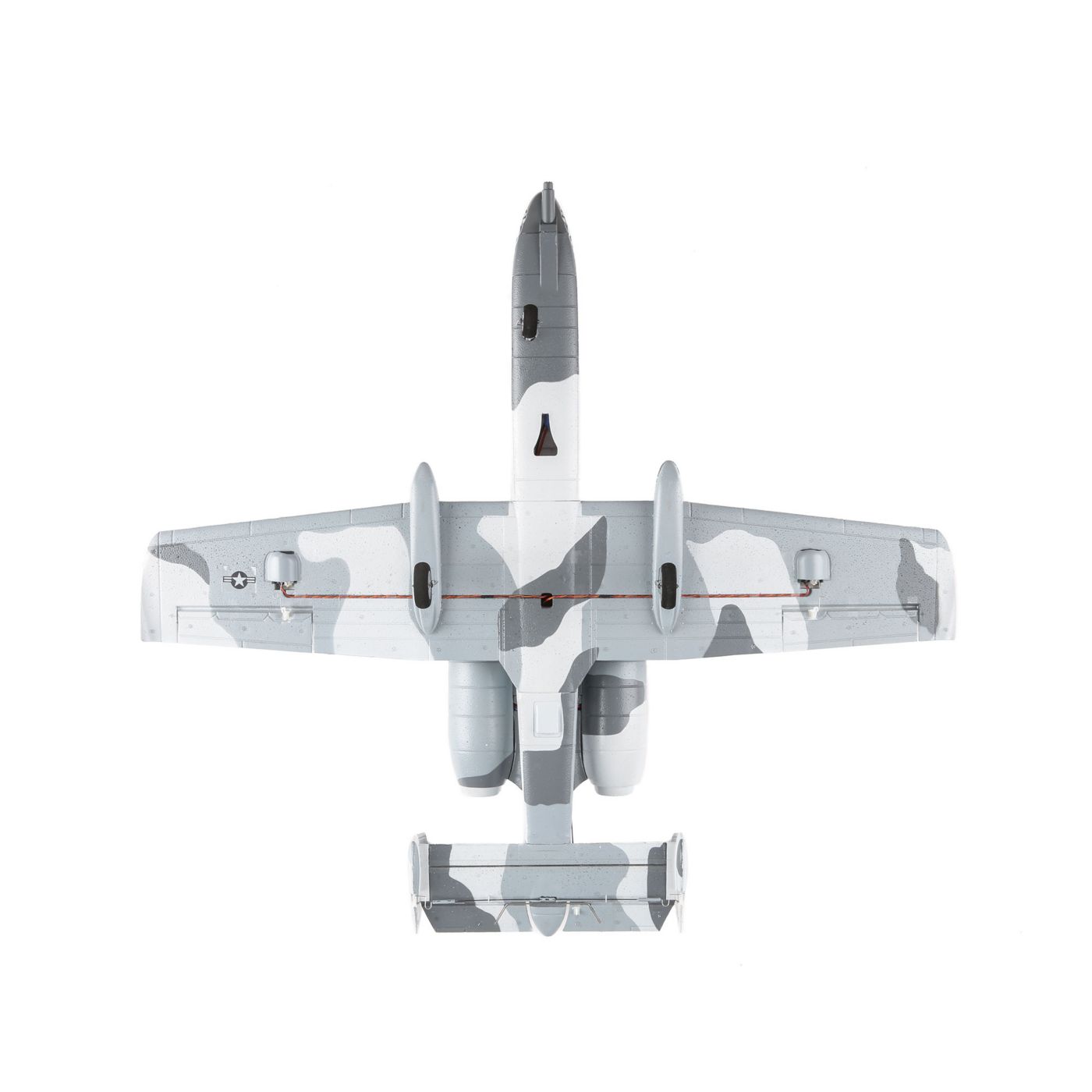 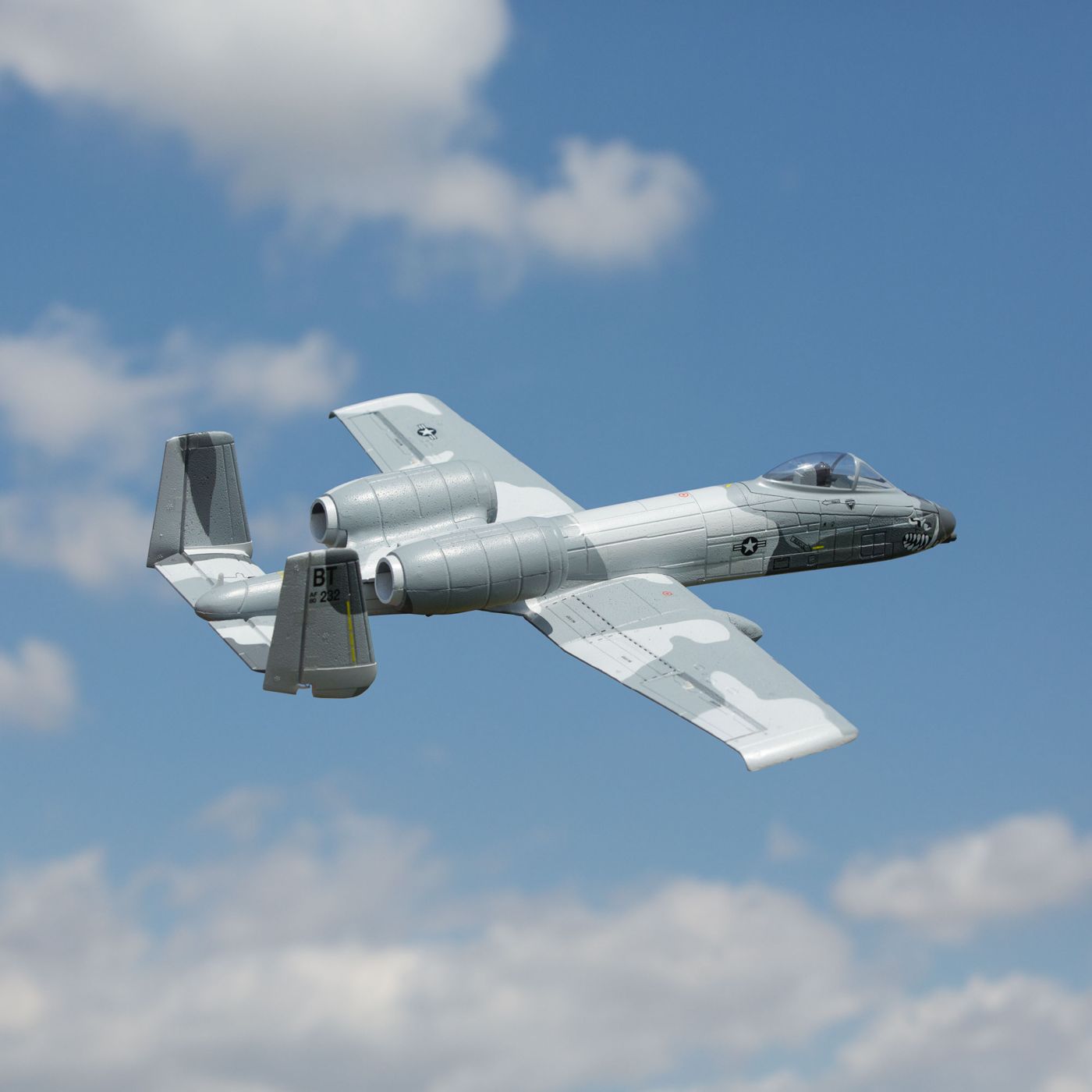 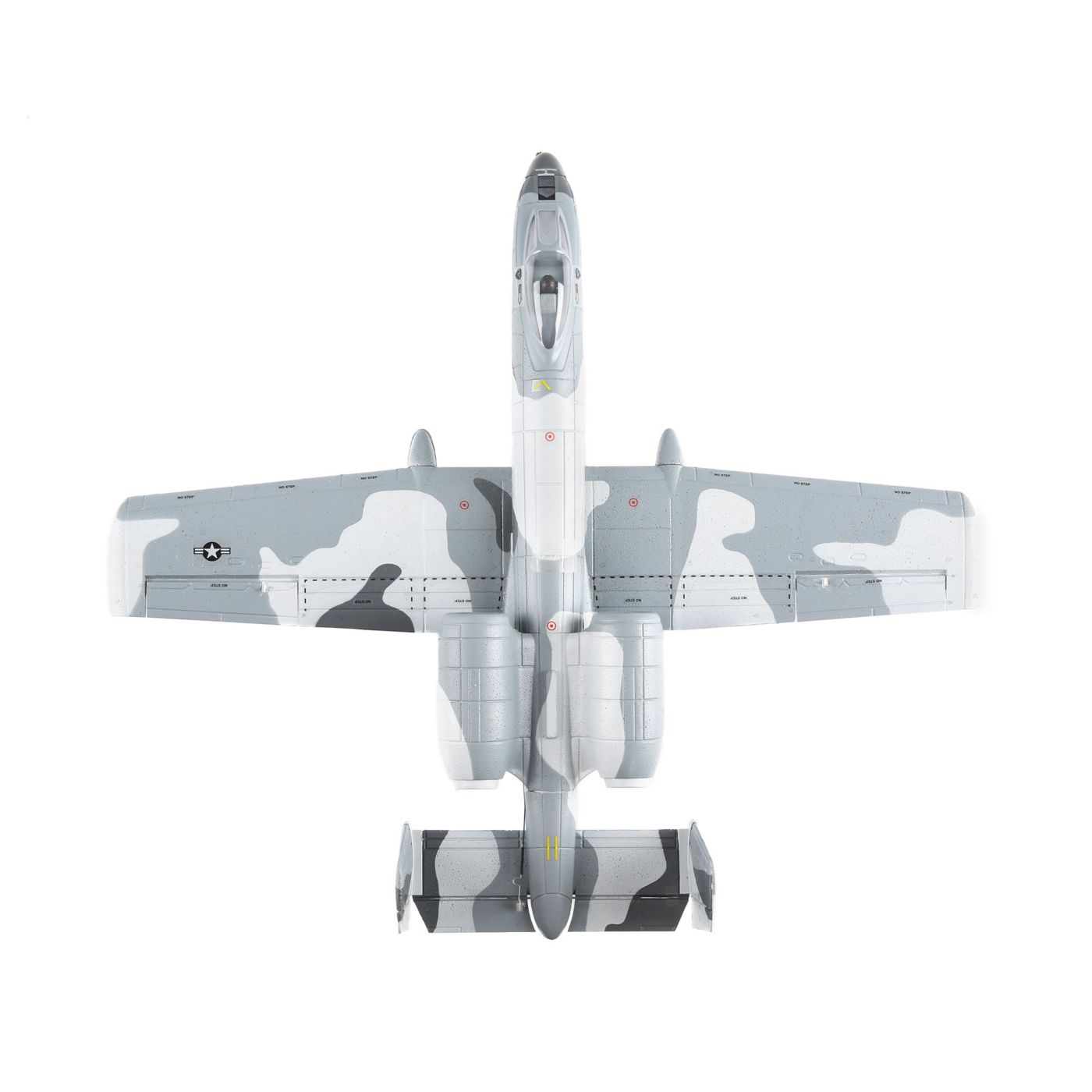 The Fairchild Republic A-10 Thunderbolt II is a single-seat, twin-turbofan, straight-wing, subsonic attack aircraft developed by Fairchild Republic for the United States Air Force (USAF). In service since 1976, it is named for the Republic P-47 Thunderbolt, a World War II-era fighter-bomber effective at attacking ground targets, but commonly referred to as the "Warthog" or "Hog". The A-10 was designed to provide close air support (CAS) to friendly ground troops by attacking armored vehicles, tanks, and other enemy ground forces; it is the only production-built aircraft designed solely for CAS to have served with the U.S. Air Force. Its secondary mission is to direct other aircraft in attacks on ground targets, a role called forward air controller-airborne; aircraft used primarily in this role are designated OA-10.

The A-10 was intended to improve on the performance and firepower of the Douglas A-1 Skyraider. Its airframe was designed for durability, with measures such as 1,200 pounds (540 kg) of titanium armor to protect the cockpit and aircraft systems, enabling it to absorb damage and continue flying. Its ability to take off and land from relatively short runways permits operation from airstrips close to the front lines, and its simple design enables maintenance with minimal facilities.

The A-10 served in the Gulf War (Operation Desert Storm), the American–led intervention against Iraq's invasion of Kuwait, where the aircraft distinguished itself. The A-10 also participated in other conflicts such as in Grenada, the Balkans, Afghanistan, Iraq, and against the Islamic State in the Middle East.

The A-10A single-seat variant was the only version produced, though one pre-production airframe was modified into the YA-10B twin-seat prototype to test an all-weather night-capable version. In 2005, a program was started to upgrade the remaining A-10A aircraft to the A-10C configuration, with modern avionics for use with precision weaponry. The U.S. Air Force had stated the Lockheed Martin F-35 Lightning II would replace the A-10 as it entered service, but this remains highly contentious within the USAF and in political circles. With a variety of upgrades and wing replacements, the A-10's service life can be extended to 2040; the service has no planned retirement date as of June 2017.

This article is an extract from the Wikipedia article "Fairchild Republic A-10 Thunderbolt II", which is released under the Creative Commons Attribution-Share-Alike License 3.0 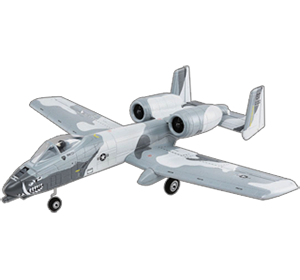 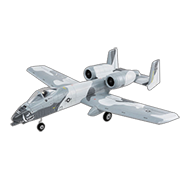 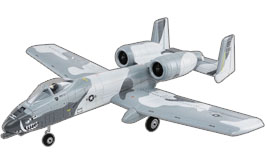 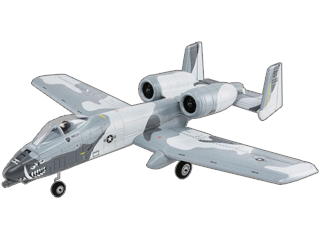 We cannot guarantee that the shops listed below do sell the UMX A-10 in particular but at least we know they do distribute E-flite. 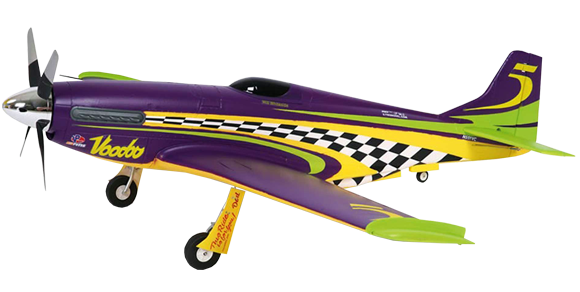 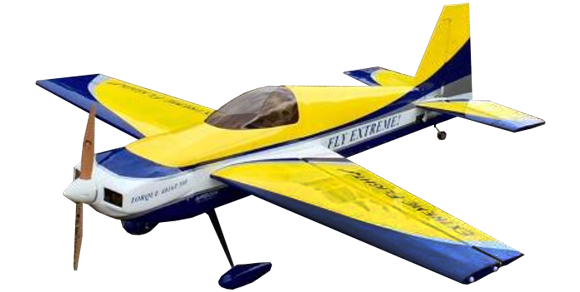 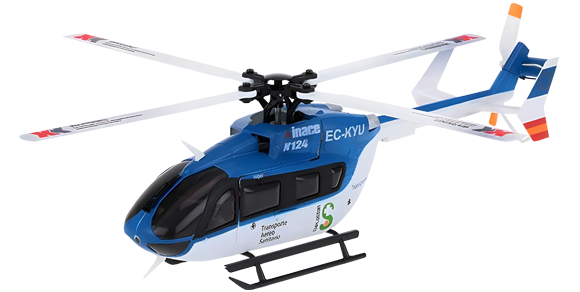