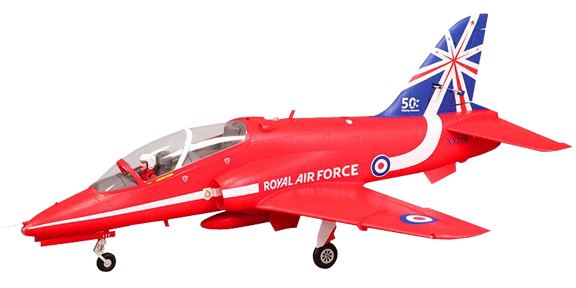 The British Red Arrows, officially known as the Royal Air Force Aerobatic Team, is the official display team of the RAF based at RAF Scampton. The team was formed in late 1964 as an all-RAF team. Initially equipped with Folland Gnat trainers inherited from the RAF Yellowjacks display team. In late 1979, they made the switch to the BAE Hawk trainer.

In terms of performance, a Predator KV1930 motor and a Predator 100-amp ESC power the BAE Hawk’s EDF, resulting in tremendous power and speed using a 6S battery. A bonus to the blistering power is the realistic sound produced by the 12-blade Predator EDF. Not only can you see the BAE Hawk's power, you will hear it. 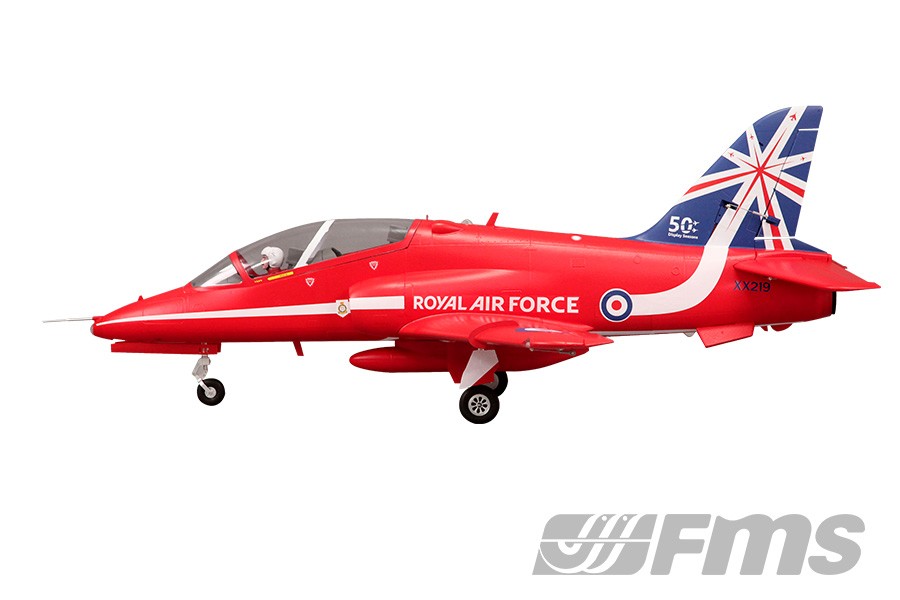 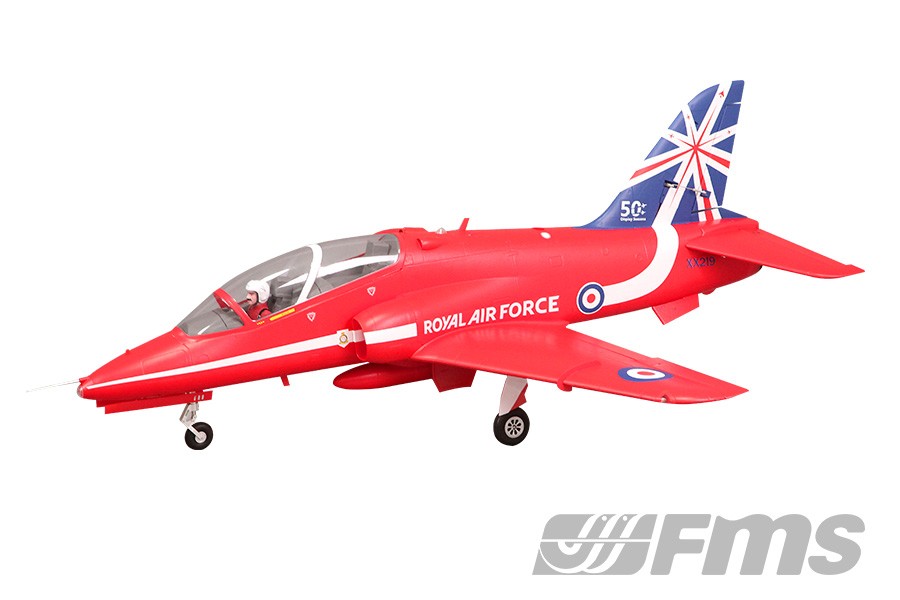 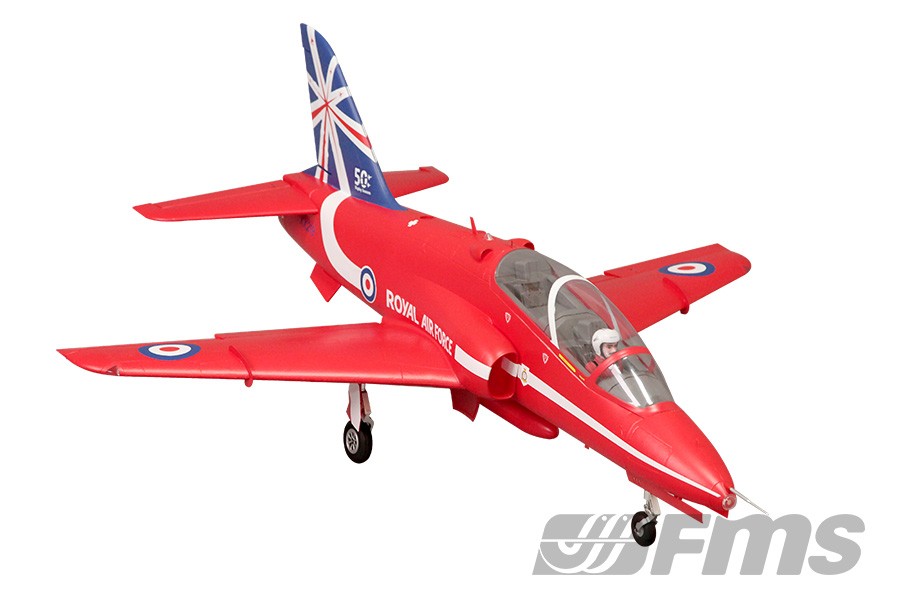 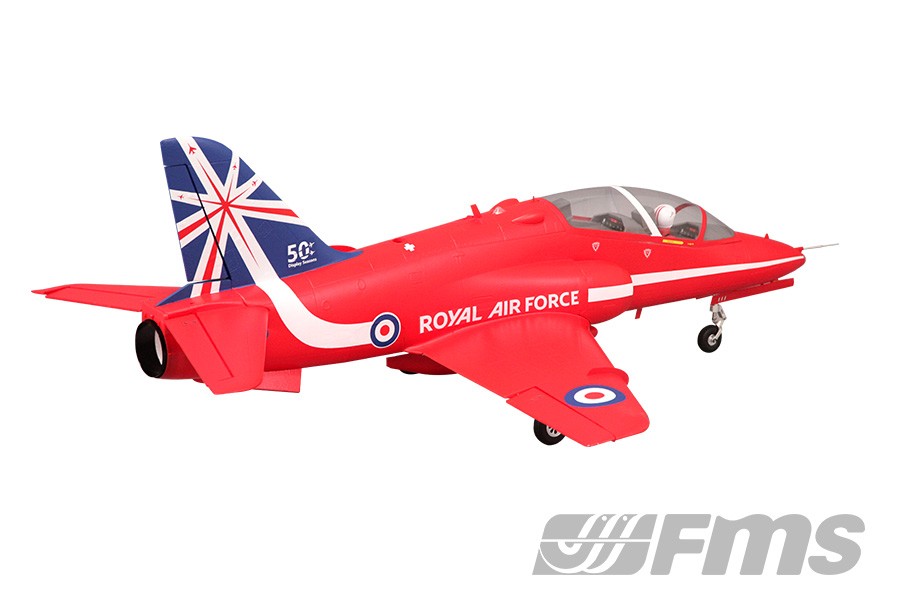 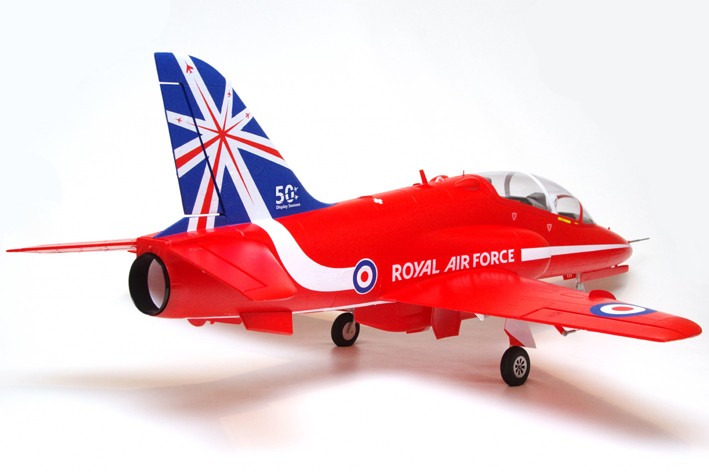 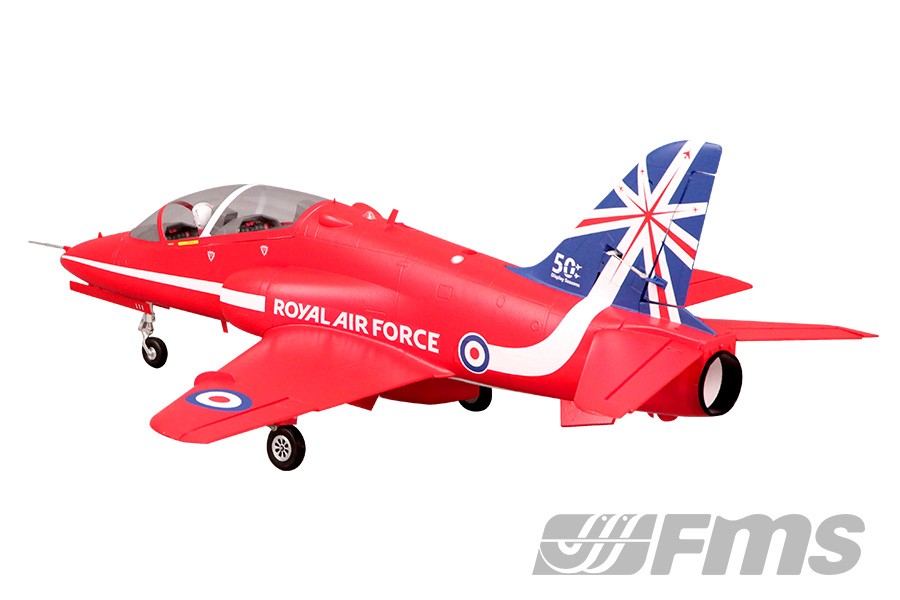 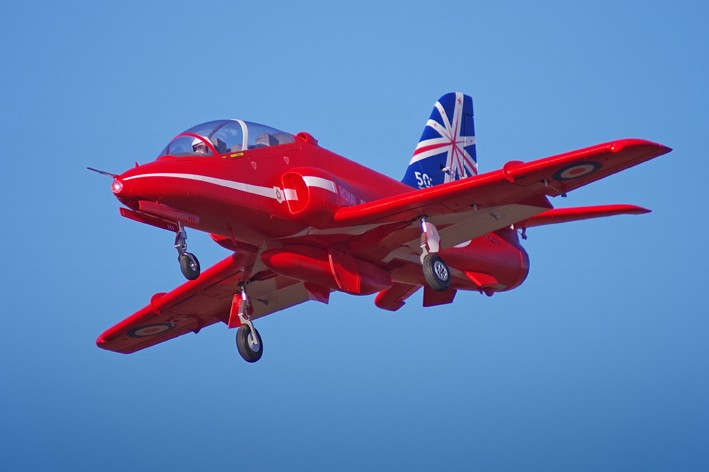 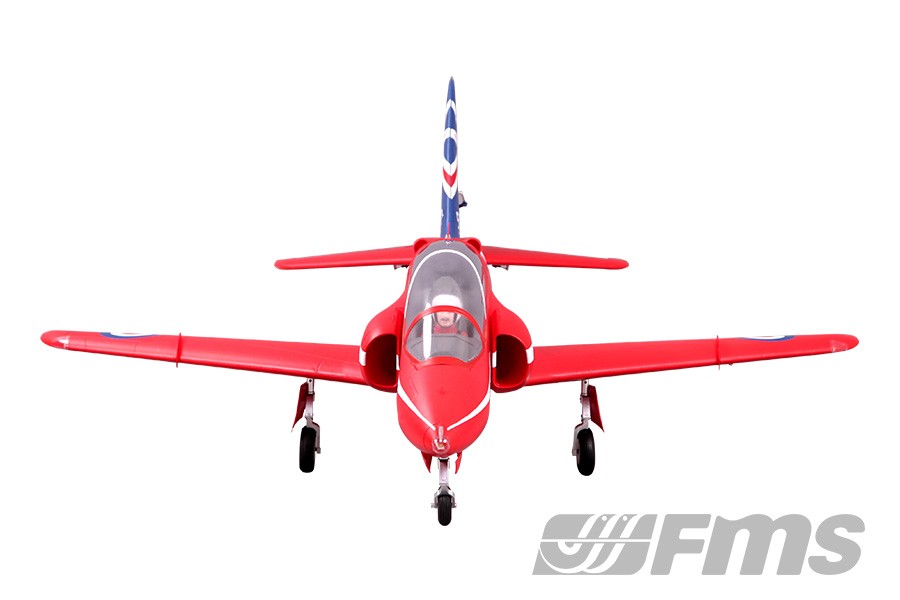 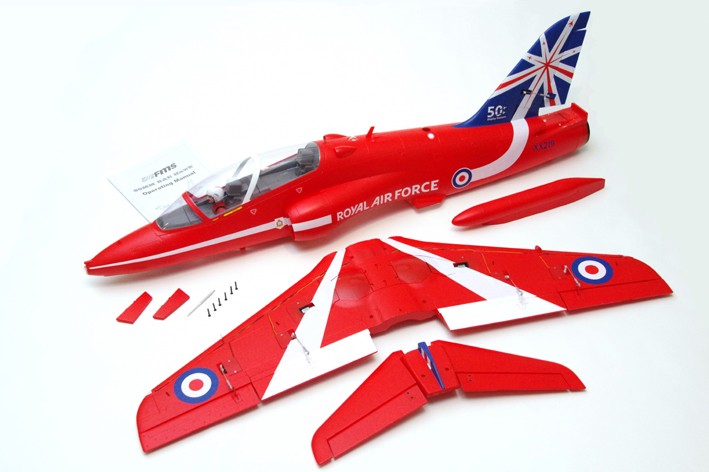 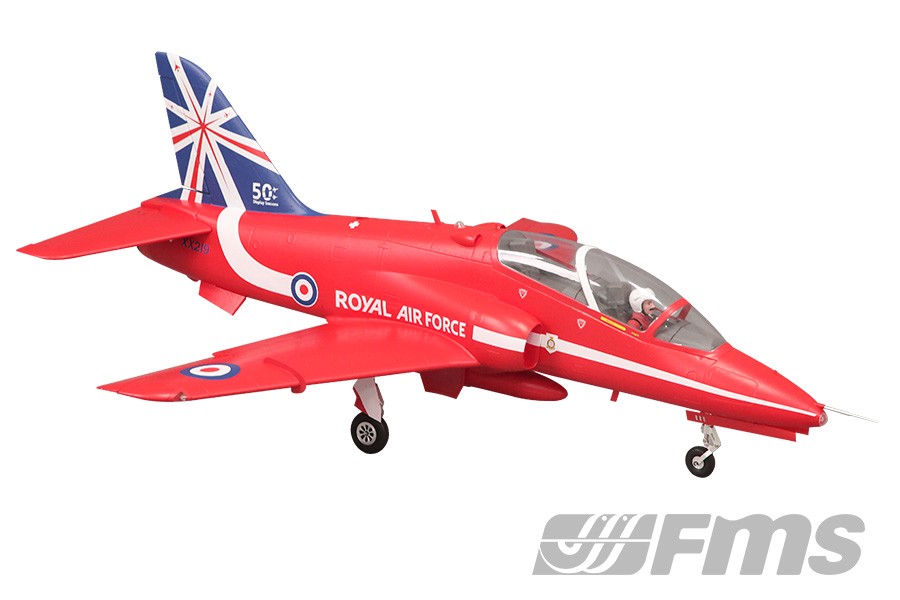 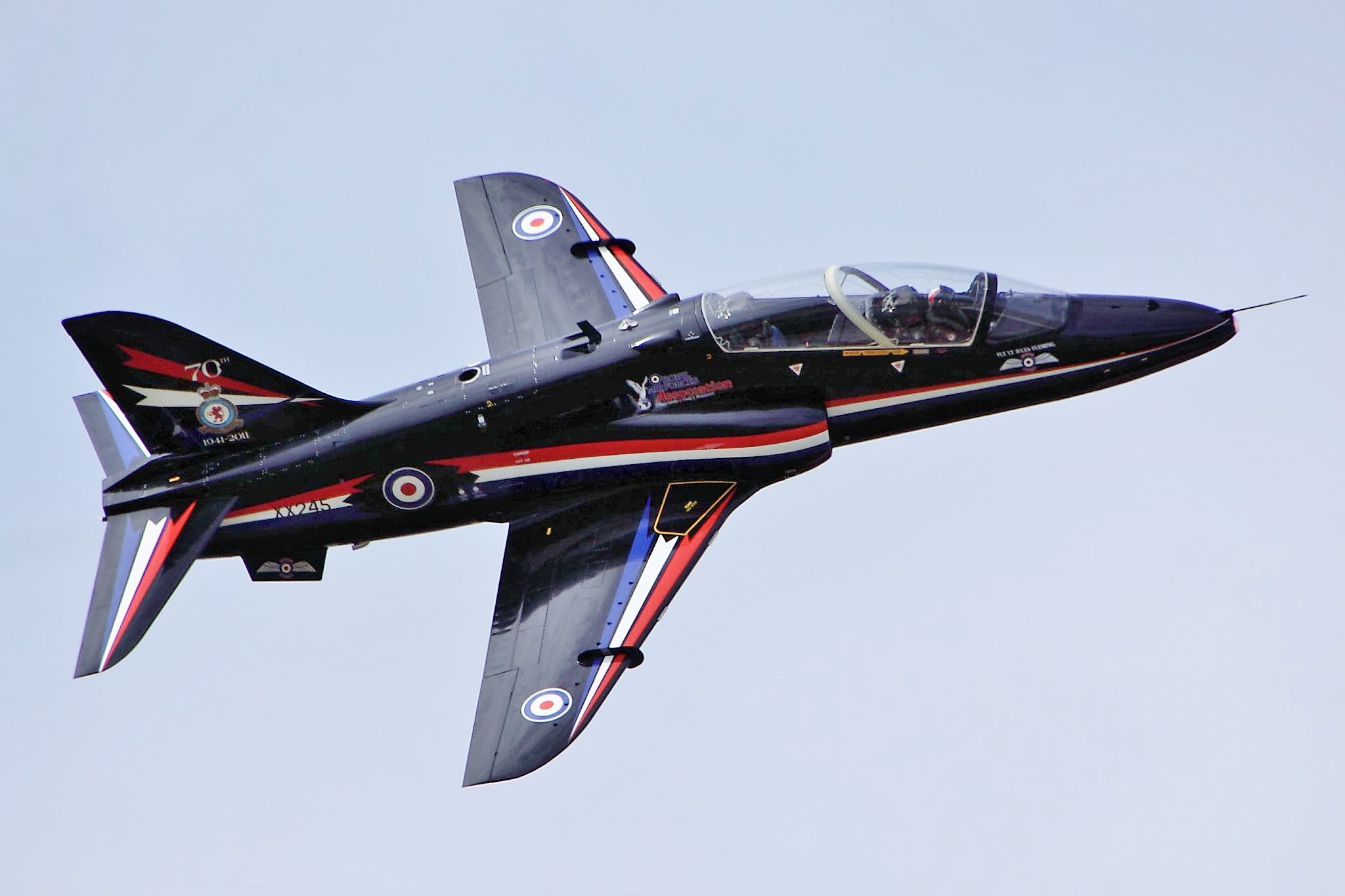 The BAE Systems Hawk is a British single-engine, jet-powered advanced trainer aircraft. It was first flown at Dunsfold, Surrey, in 1974 as the Hawker Siddeley Hawk, and subsequently produced by its successor companies, British Aerospace and BAE Systems. It has been used in a training capacity and as a low-cost combat aircraft.

Operators of the Hawk include the Royal Air Force (notably the Red Arrows display team) and several foreign military operators. The Hawk is still in production in the UK and under licence in India by Hindustan Aeronautics Limited (HAL), with over 900 Hawks sold to 18 operators around the world.

This article is an extract from the Wikipedia article "BAE Systems Hawk", which is released under the Creative Commons Attribution-Share-Alike License 3.0 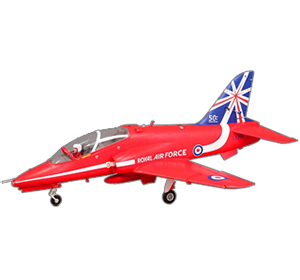 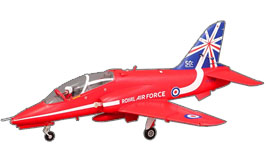 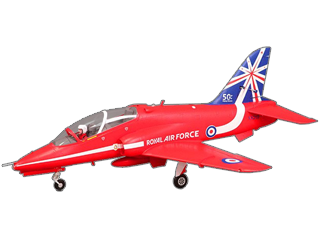 We cannot guarantee that the shops listed below do sell the BAE Hawk Red Arrow in particular but at least we know they do distribute fms. 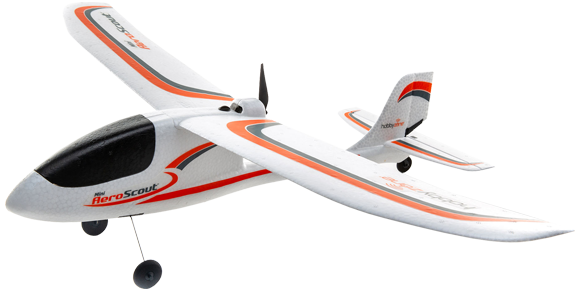 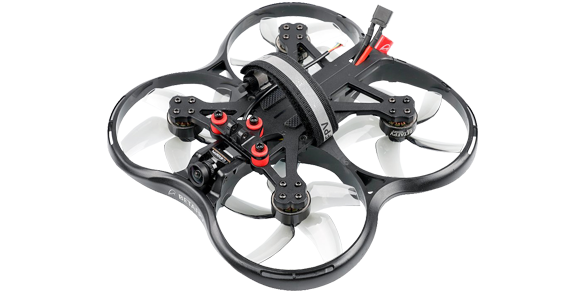 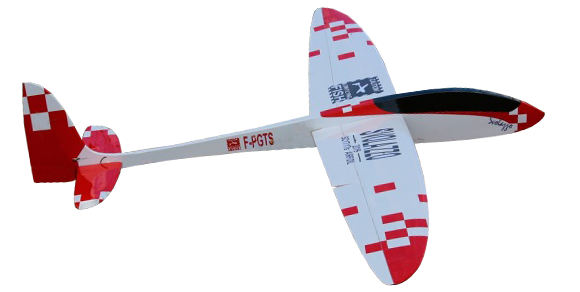