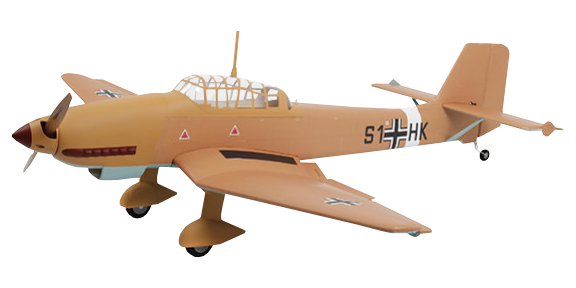 One of the most recognizable aircraft from the mighty Luftwaffe and WW2, the Junkers Ju-87 Stuka struck fear into the enemy with its menacing looks and Jericho trumpet dive bombing siren. Designed as dive bomber with a unique inverted gull-wing and fixed spatted undercarriage, and an automatic "pull-out" dive brake to ensure the Stuka recovered from an attack even if the pilot blacked out from the high "G" forces. A propaganda symbol of Germany's air power and with looks only it's mother could love the formidable Junkers Ju-87 was a fantastic element to Blitzkrieg victories during world war two.

H-King's Junkers Ju-87 Stuka is the B-2 variant and looks fantastic with its distinctive desert scheme. An almost ready to fly model built the traditional way with a balsa and plywood then covered with a matt finish covering with scale printed markings, weathering and color matched fiberglass cowl and wheel spats.
Scale detail is superb with a painted greenhouse canopy, hinged ailerons and flaps, inverted gull wing, exhausts, air intakes spats and color matched spinner.
As an ARF you will need your choice of motor, electronics, glues etc to complete this model. Flying the Stuka is a charm, saying that it's not a trainer and you will need some hours on the sticks before you attempt to master the Stuka. Predictable in the air and flys like a warbird should.
Prepare your fellow flyers and warn them the Stuka is coming. 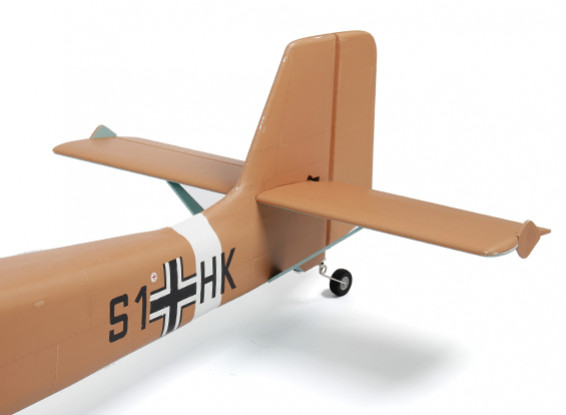 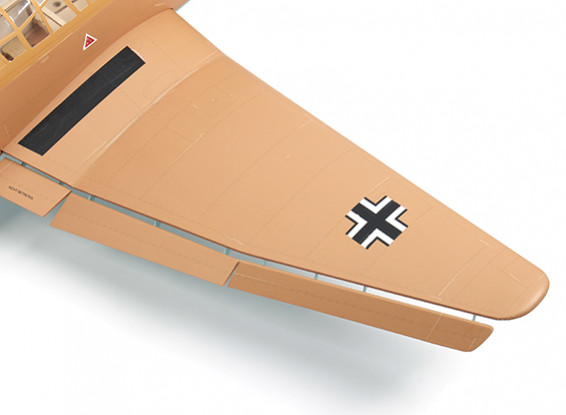 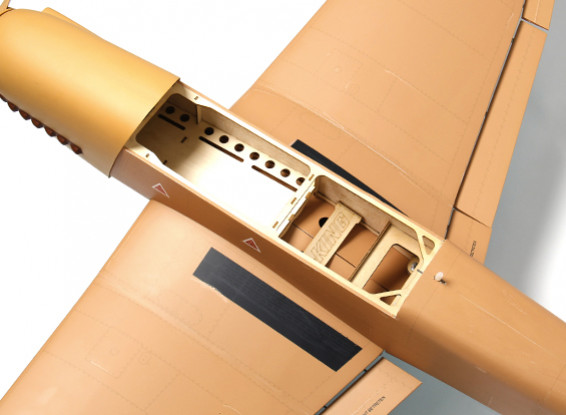 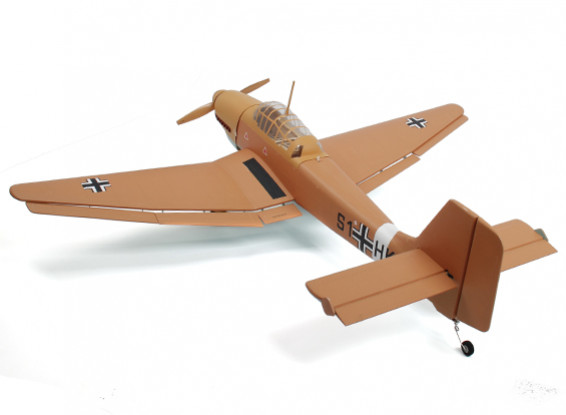 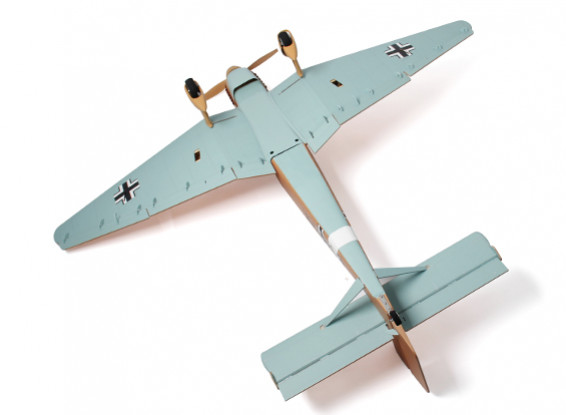 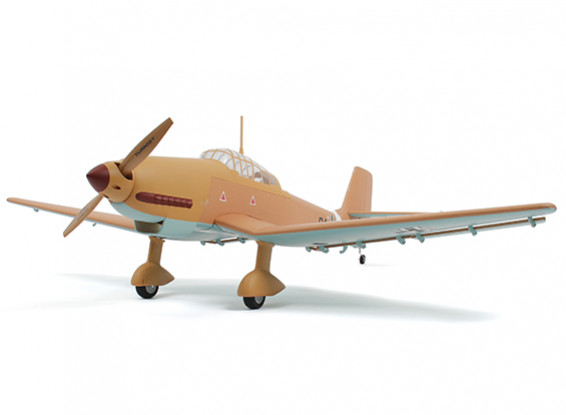 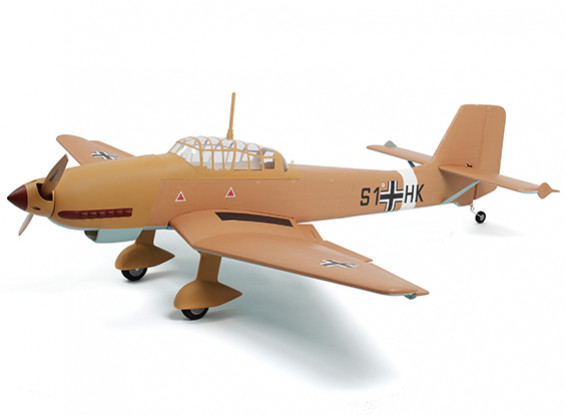 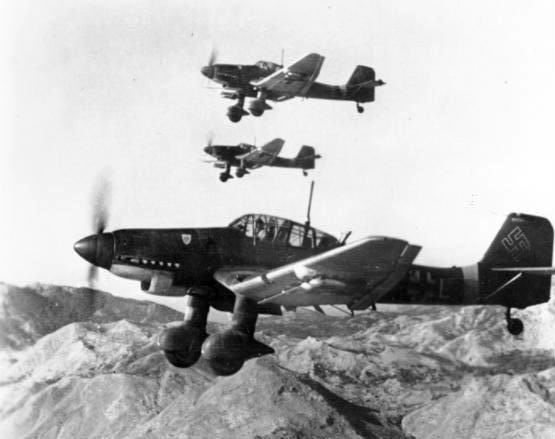 The Junkers Ju 87 or Stuka (from Sturzkampfflugzeug, "dive bomber") was a German dive bomber and ground-attack aircraft. Designed by Hermann Pohlmann, it first flew in 1935. The Ju 87 made its combat debut in 1937 with the Luftwaffe's Condor Legion during the Spanish Civil War of 1936–1939 and served the Axis in World War II from beginning to end (1939–1945).

The aircraft is easily recognisable by its inverted gull wings and fixed spatted undercarriage. Upon the leading edges of its faired main gear legs were mounted ram-air sirens known as Jericho trumpets, which became a propaganda symbol of German air power and of the so-called Blitzkrieg victories of 1939–1942, as well as providing Stuka pilots with audible feedback as to speed. The Stuka's design included several innovations, including automatic pull-up dive brakes under both wings to ensure that the aircraft recovered from its attack dive even if the pilot blacked out from the high g-forces.

The Ju 87 operated with considerable success in close air support and anti-shipping roles at the outbreak of World War II. It led air assaults in the invasion of Poland in September 1939. Stukas proved critical to the rapid conquest of Norway, the Netherlands, Belgium and France in 1940. Though sturdy, accurate, and very effective against ground targets, the Stuka was, like many other dive bombers of the period, vulnerable to fighter aircraft. During the Battle of Britain of 1940-1941, its lack of manoeuvrability, speed and defensive armament meant that it required a heavy fighter escort to operate effectively.

After the Battle of Britain, the Luftwaffe deployed Stuka units in the Balkans Campaign, the African and the Mediterranean theatres and in the early stages of the Eastern Front war, where it was used for general ground support, as an effective specialised anti-tank aircraft and in an anti-shipping role. Once the Luftwaffe lost air superiority, the Stuka became an easy target for enemy fighters, but it continued being produced until 1944 for lack of a better replacement. By 1945 ground-attack versions of the Focke-Wulf Fw 190 had largely replaced the Ju 87, but it remained in service until the end of the war in 1945.

Oberst Hans-Ulrich Rudel became the most successful Stuka pilot and the most highly decorated German pilot of the war.

This article is an extract from the Wikipedia article "Junkers Ju 87", which is released under the Creative Commons Attribution-Share-Alike License 3.0 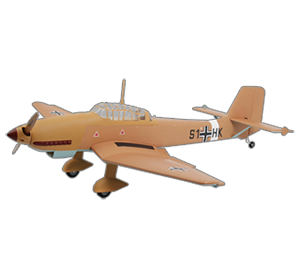 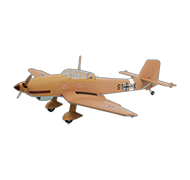 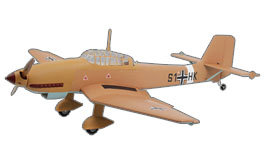 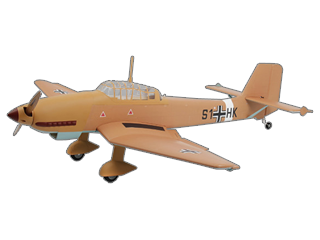 We cannot guarantee that the shops listed below do sell the Junkers Ju-87B-2 Stuka in particular but at least we know they do distribute HobbyKing. 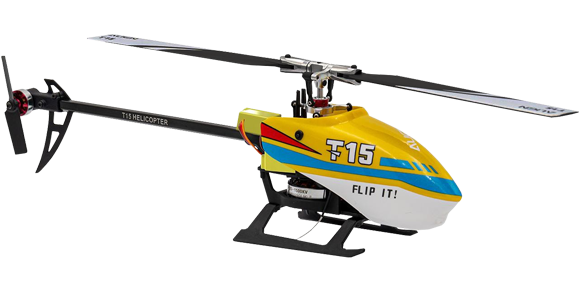 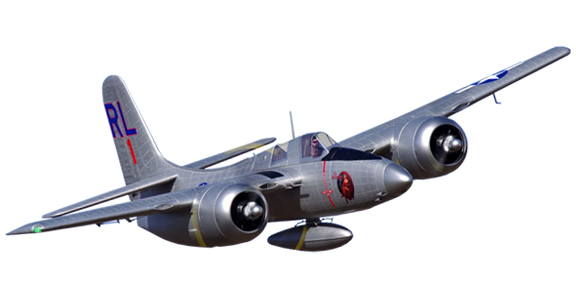 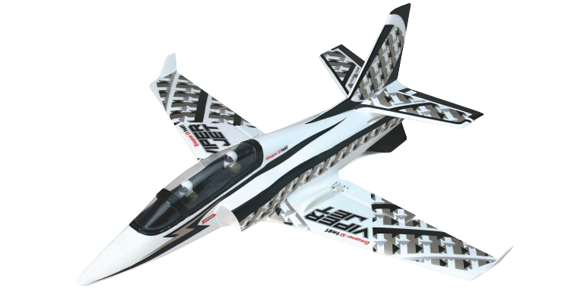