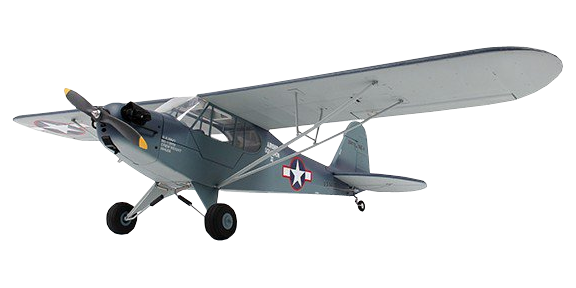 This US Navy (NE-1) version of the popular Piper J3 Cub is a must for all scale pilots. The details of the plane are extremely realistic and it comes in a great 1400mm size and like all Cubs is very easy to fly.

During World War II the US Navy acquired 230 of the NE-1 version to use as a primary trainer. It was a dual flight control version with the instructor up front and the student sitting in the rear seat. A very stable platform for training.

Putting this together is a breeze with every component attached by screws, including the wing halves and tailplane. This makes it easily broken down for transportation. All servos (9g) are preinstalled as well as the 45A ESC and powerful 3648-700KV brushless motor. The scale detail is exceptional with plastic injection molded parts used extensively including the dummy engine, wing struts and the dummy bungee under-carriage with large “Cub” wheels. Practical features include the linked steerable tailwheel, large magnetic battery hatch, construction of course from tough and easy to repair EPO foam.

The US Navy NE-1 is a genuine scale model that is easy to fly by pilots of all abilities including beginners. It is a fantastic looking model and its unique coloring makes it look impressive in both the air and on the ground. 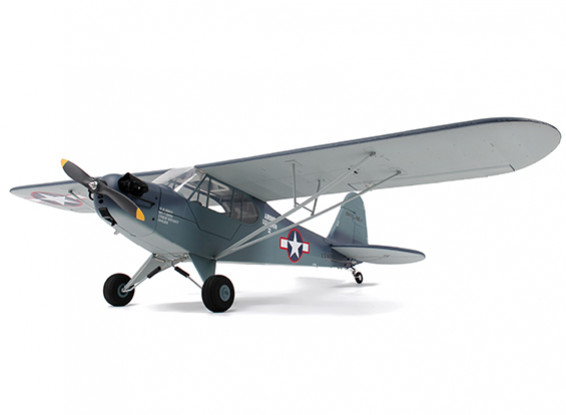 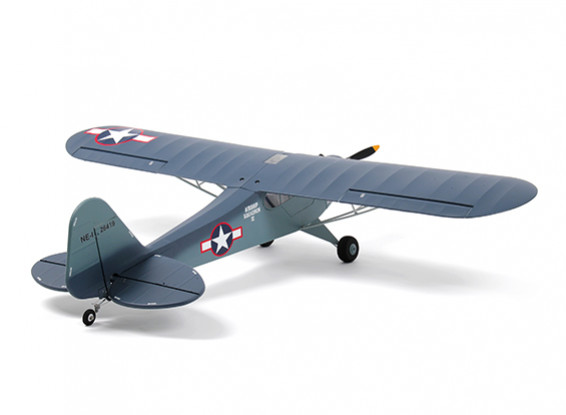 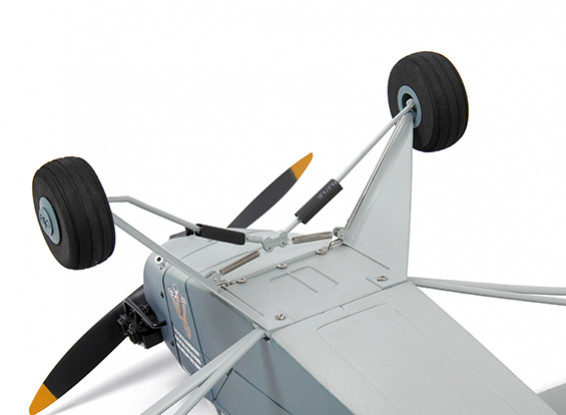 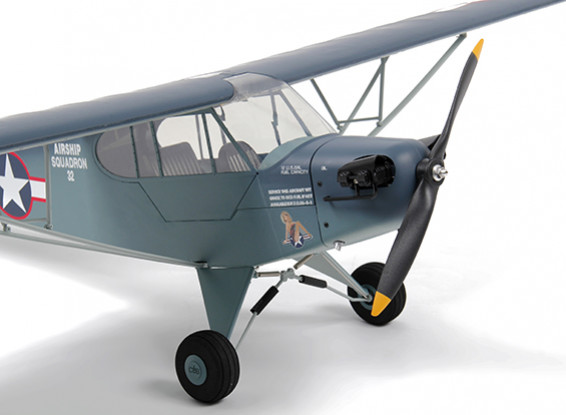 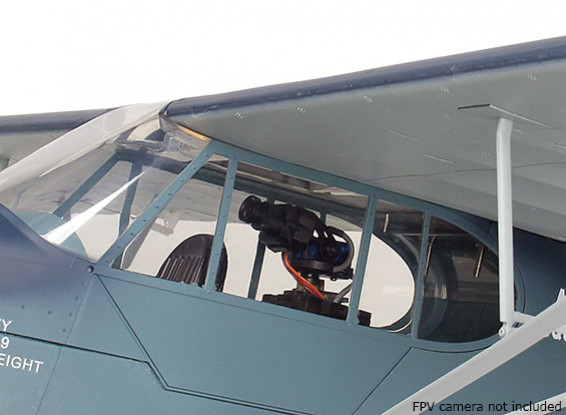 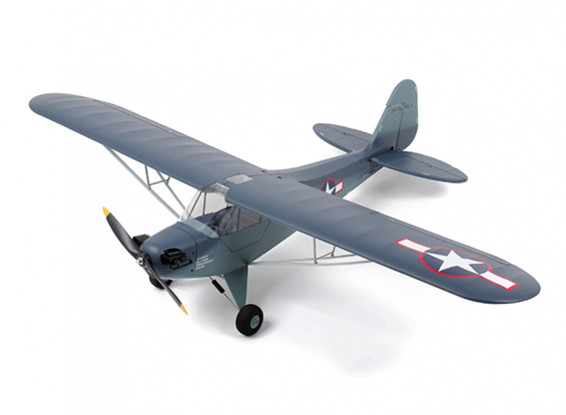 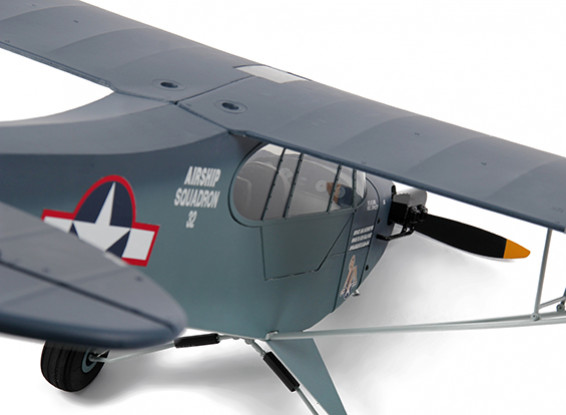 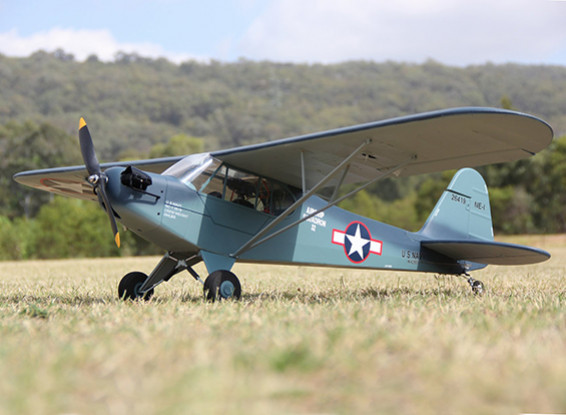 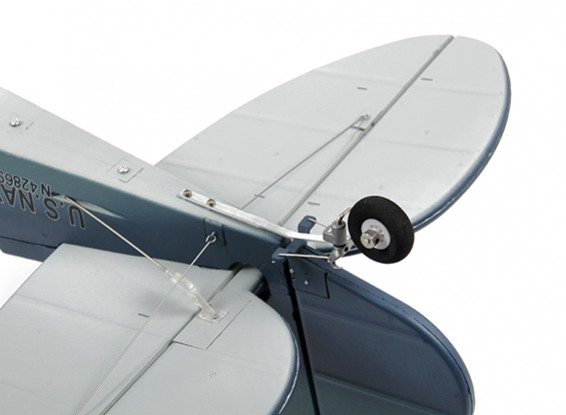 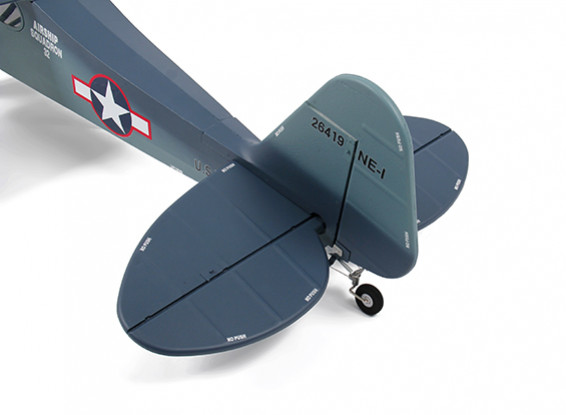 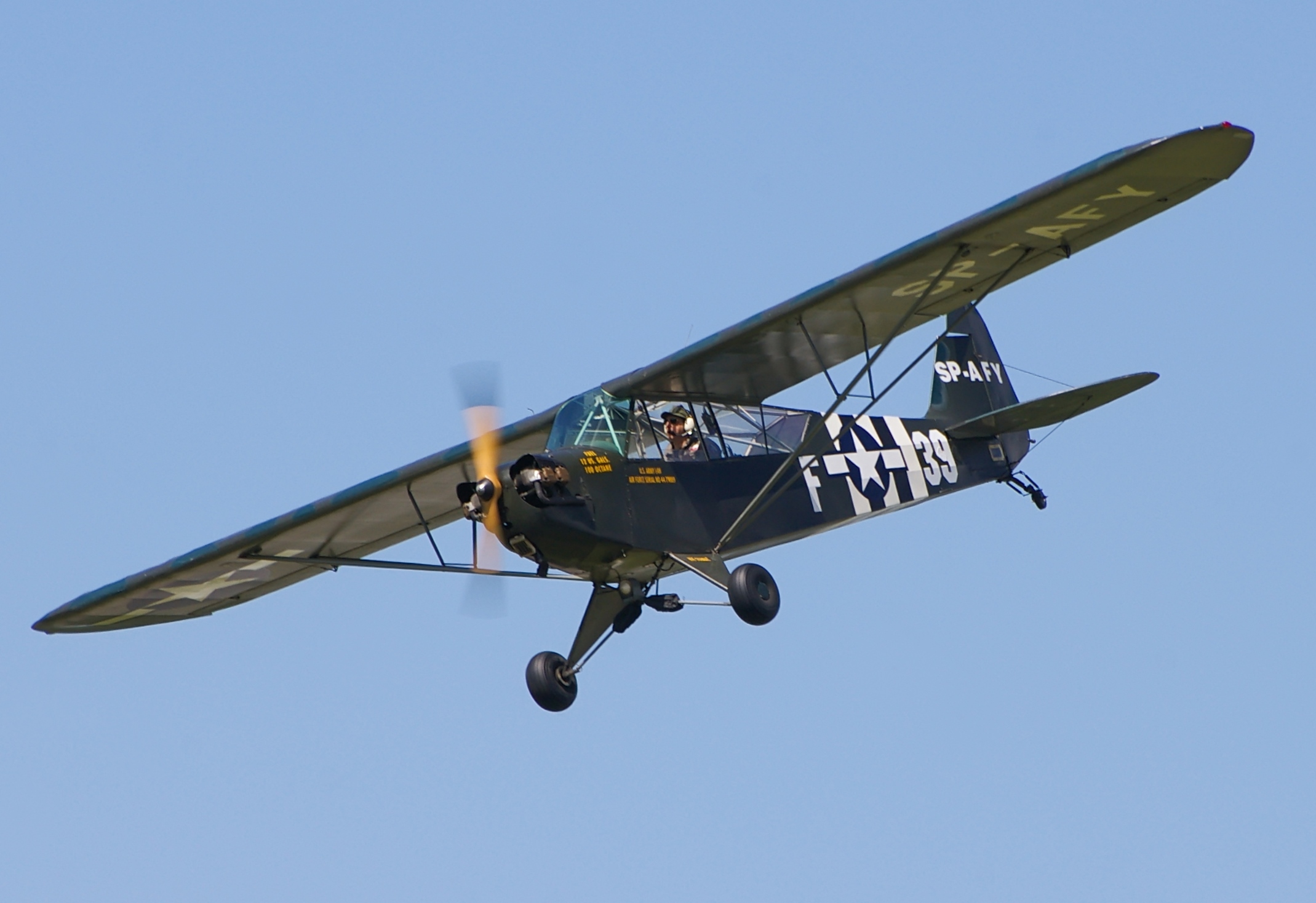 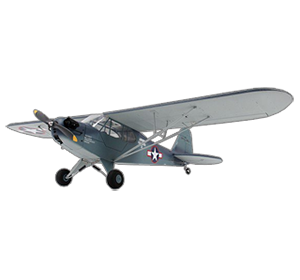 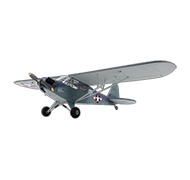 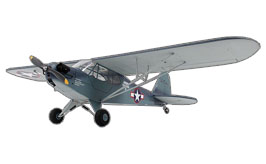 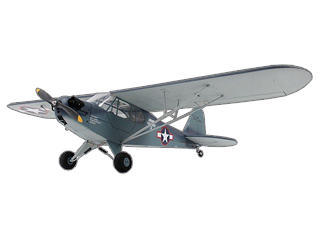 We cannot guarantee that the shops listed below do sell the Piper Navy Cub J3 in particular but at least we know they do distribute HobbyKing. 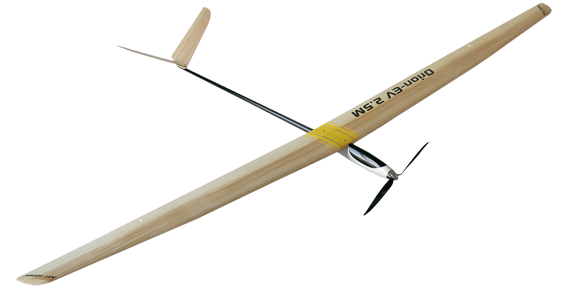 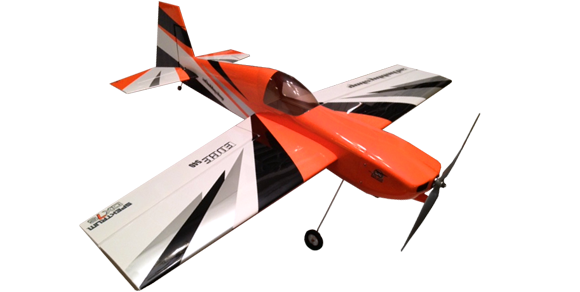 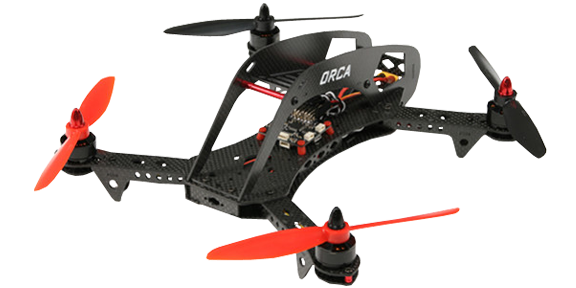