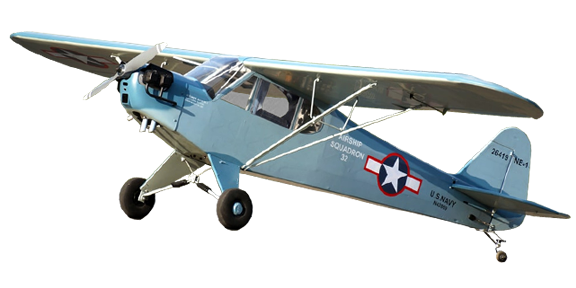 Large scale aircraft are a pleasure to fly and this beautiful replica of a 2400mm Piper NE-1 Navy Cub is no exception. It has the same stunning looks as the smaller H-King J3 Navy Cub (NE-1) but on a much larger scale and is just as easy to fly. The Cub is made of balsa and plywood with a realistic Navy Blue printed covering.

The US Navy acquired 230 of the NE-1 version during World War II to use as a primary trainer. It was a dual flight control version with the instructor up front and the student sitting in the rear seat. Like all Cubs, it is a very stable flier making it ideal for training.

Being an ARF there is a bit of building to be done but most components are already assembled. You need to fit your choice of engine, either gas/nitro or electric. Fit the tail surfaces and undercarriage then the plug-in wings (ideal for transportation). Then add all the additional electronics (your choice) like servos, receiver/radio and you will be ready to go.

The plane comes with a cowl complete with dummy engine and full instrument panel. There is a huge door to the cockpit for easy installation of batteries and R/C electronics plus a set of pilot seats. Outside is a functional bungee style undercarriage with large wheels for easy takeoffs and landing on grass fields.

This plane is an Icon of the Era and is ideal for all pilots that like that scale look and great presence in the air. 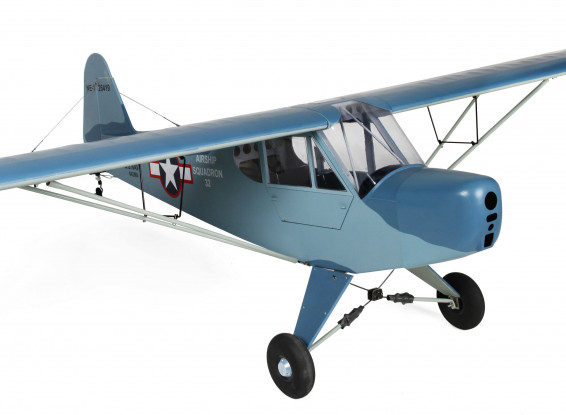 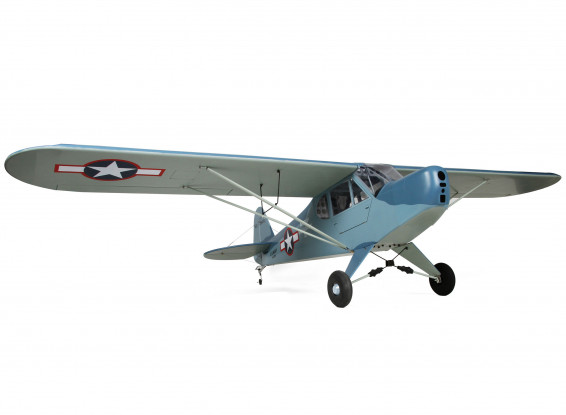 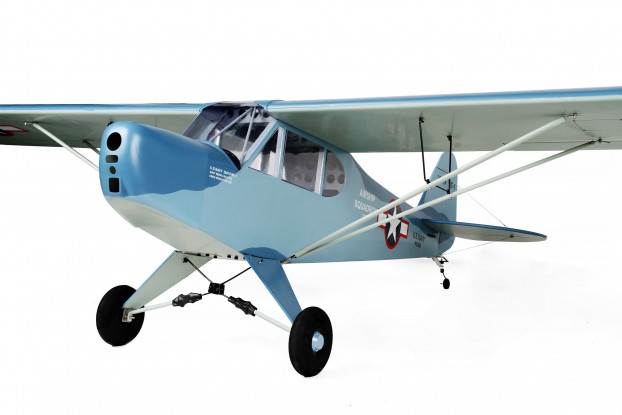 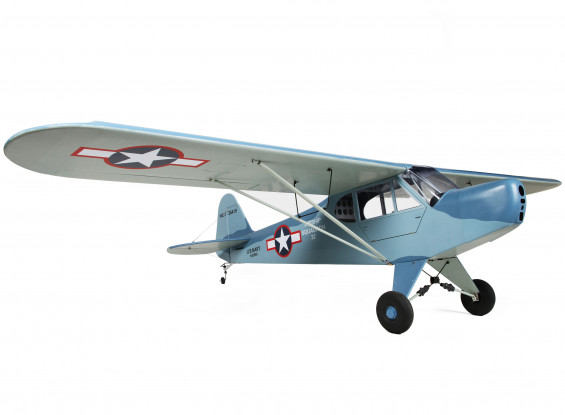 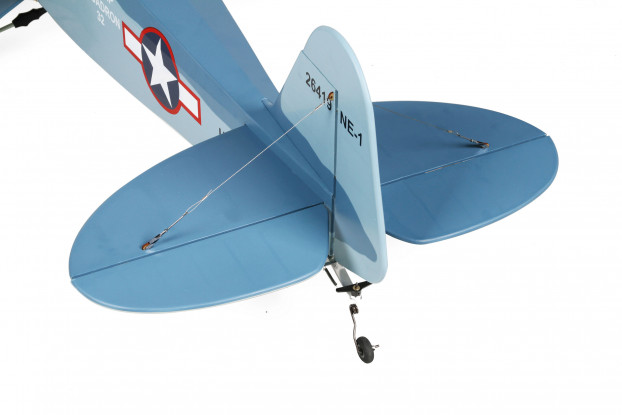 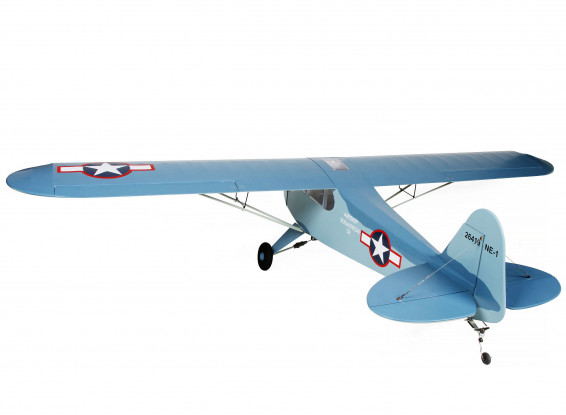 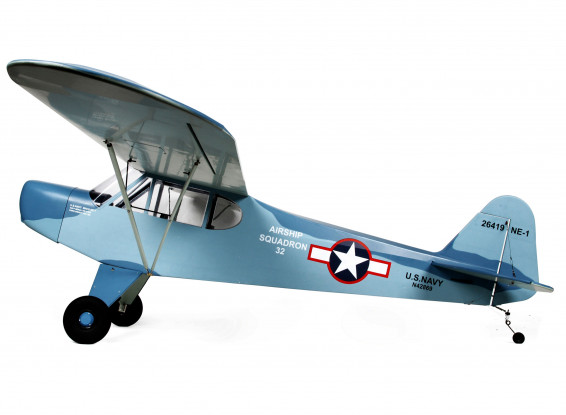 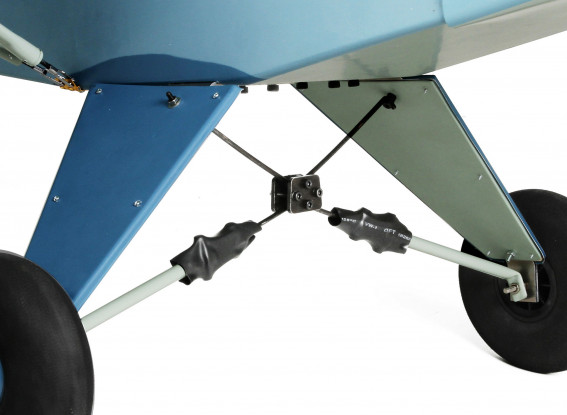 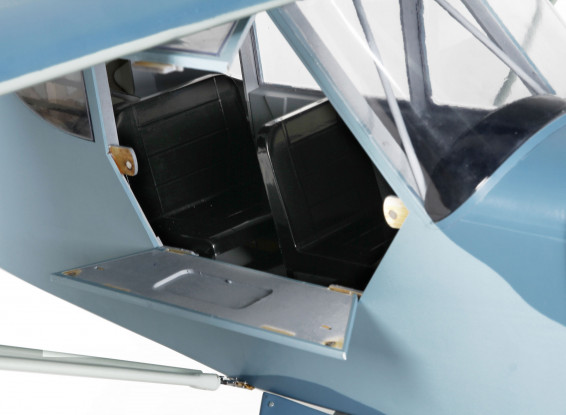 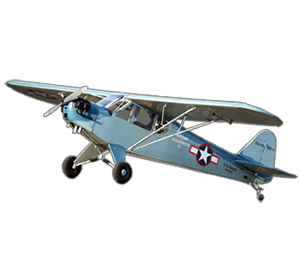 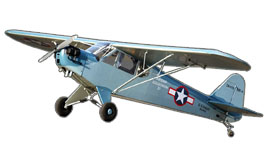 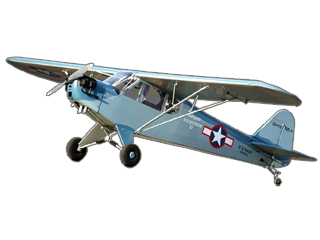 We cannot guarantee that the shops listed below do sell the Piper NE-1 Navy Cub 2400 in particular but at least we know they do distribute HobbyKing. 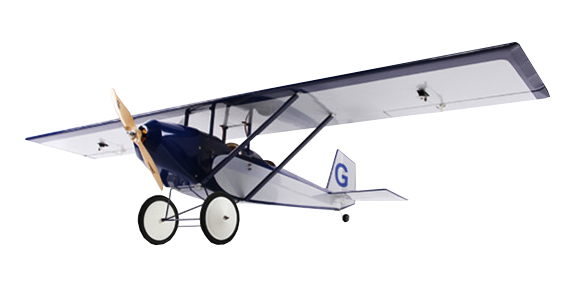 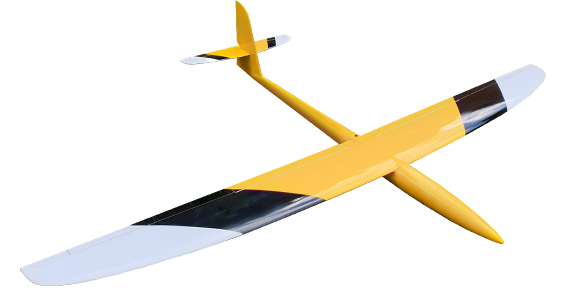 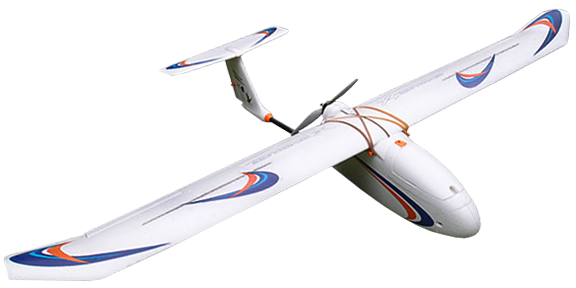