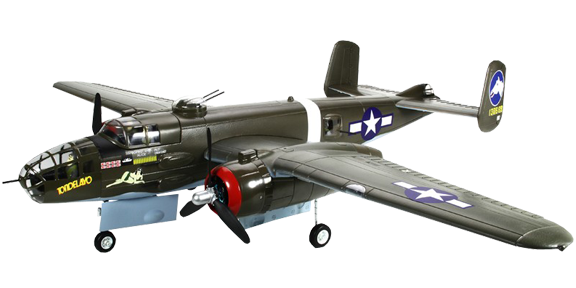 B25 Mitchell from fms

The North American B25 Mitchell was a twin-engine medium bomber that served in every theatre of WW2.

The aircraft was safe and forgiving to fly and featured a formidable array of firepower. It was also used to strike the first ever bomber attack on mainland Japan that boosted moral of the American war machine after the devastation caused by the attack at Pearl Harbour.

Taxiing and ground handling is great using the steerable nose wheel and makes for stress free take offs. Once in the air, all control surfaces are very effective and coupled to the light wing loading and excellent power make this a winning package.

Confidence inspiring flight predictability will enable any budding twin enthusiastic pilot to really push the flight envelope and wring this aircraft out. At the same time it's a walk in the park to bring it back down for a beautiful scale landing, all this without the use of flaps! 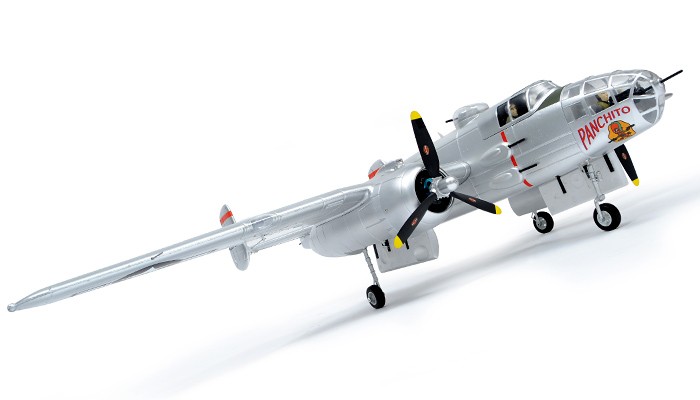 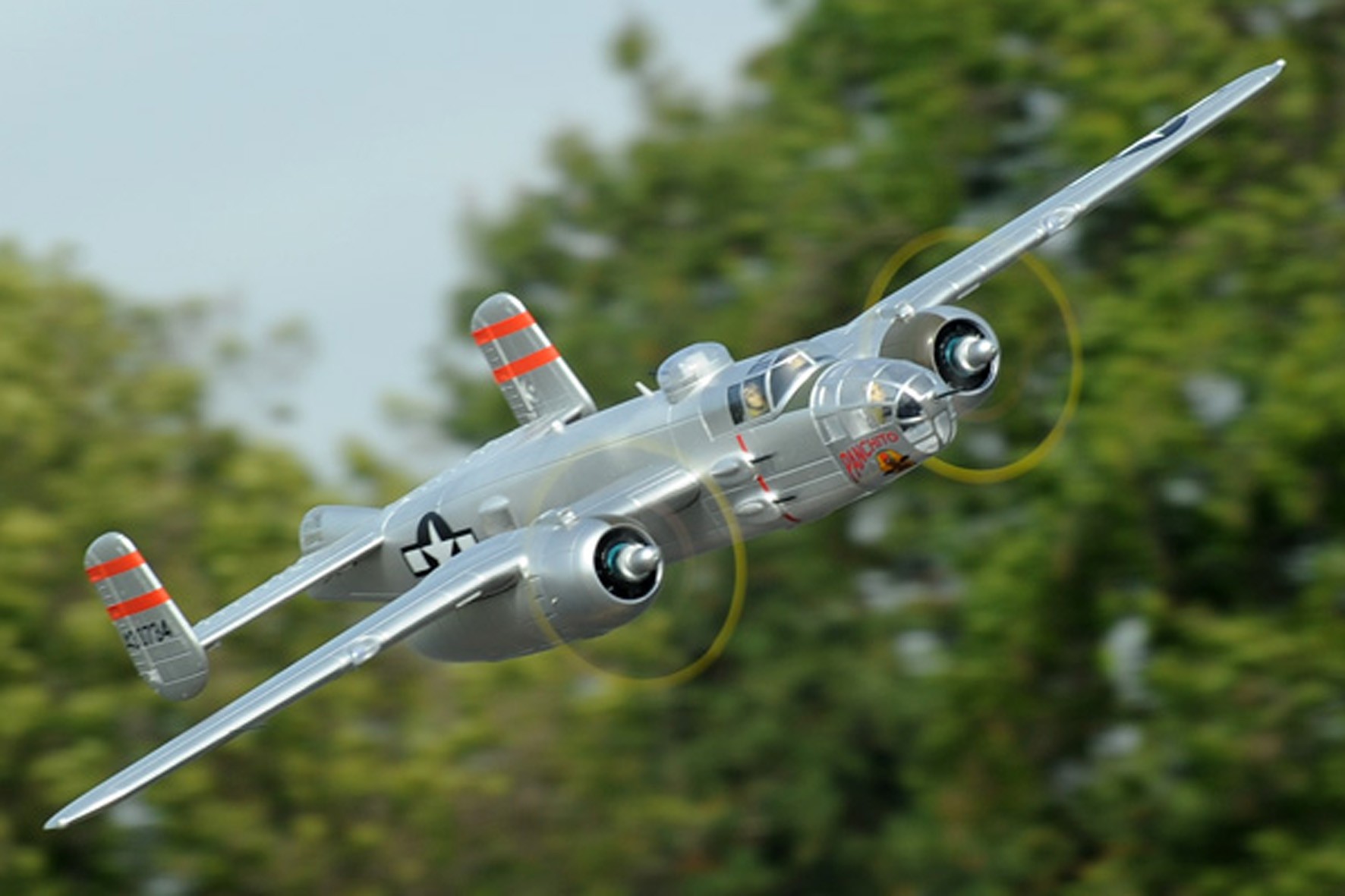 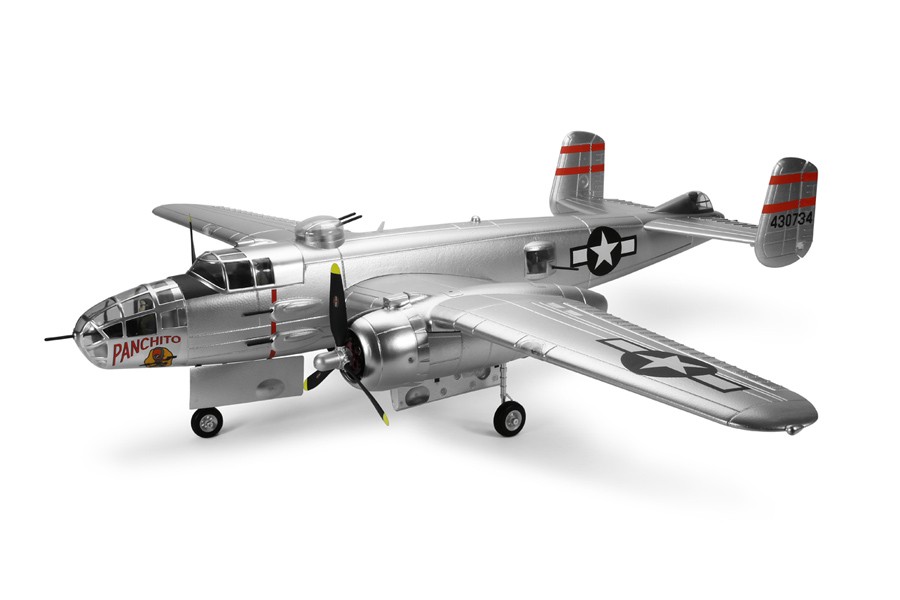 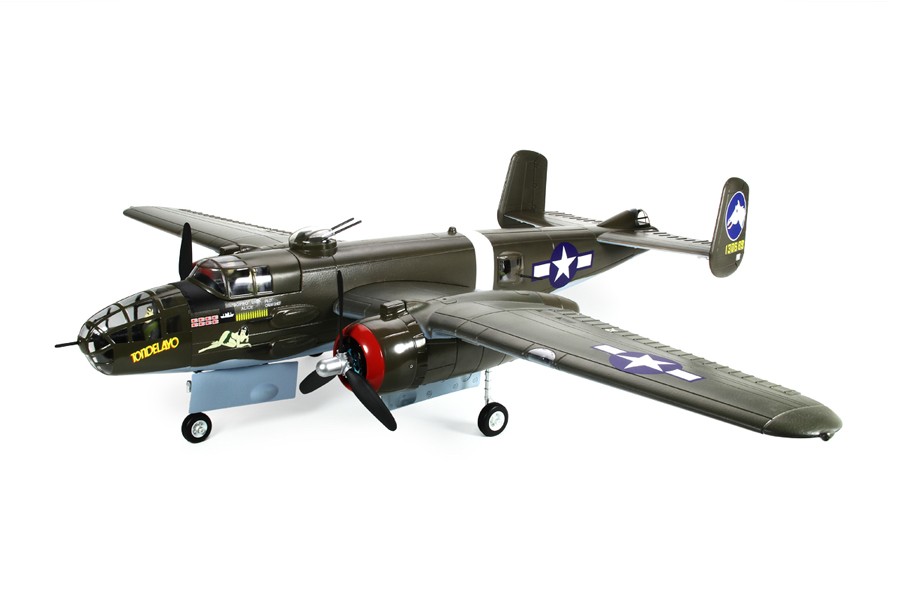 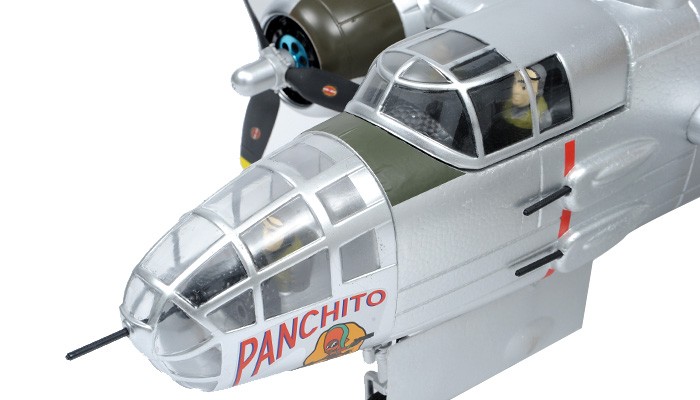 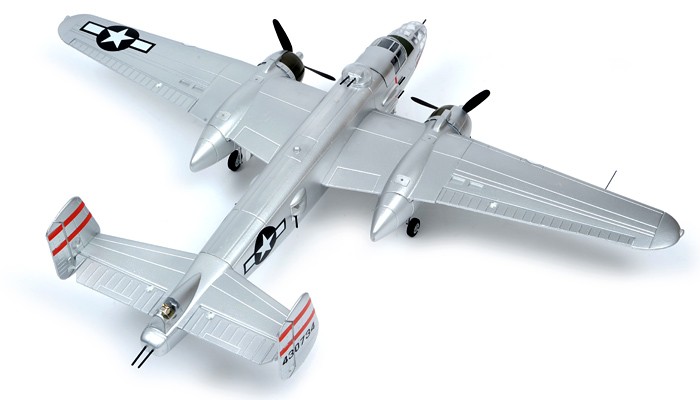 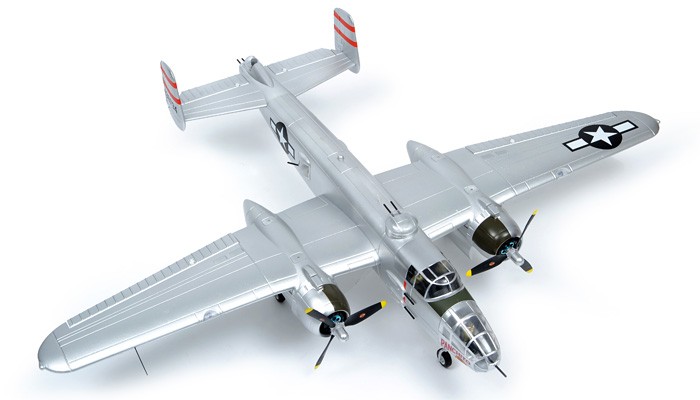 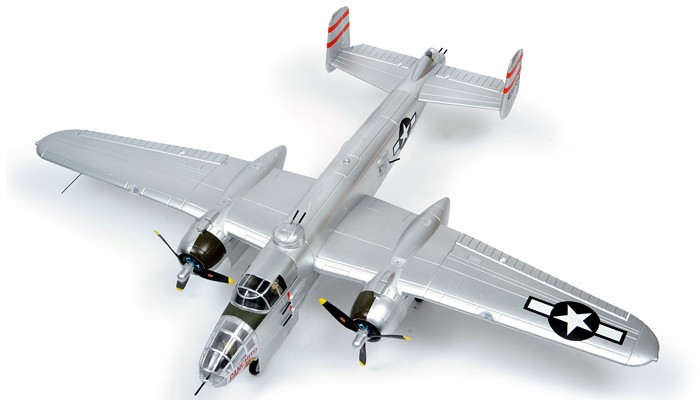 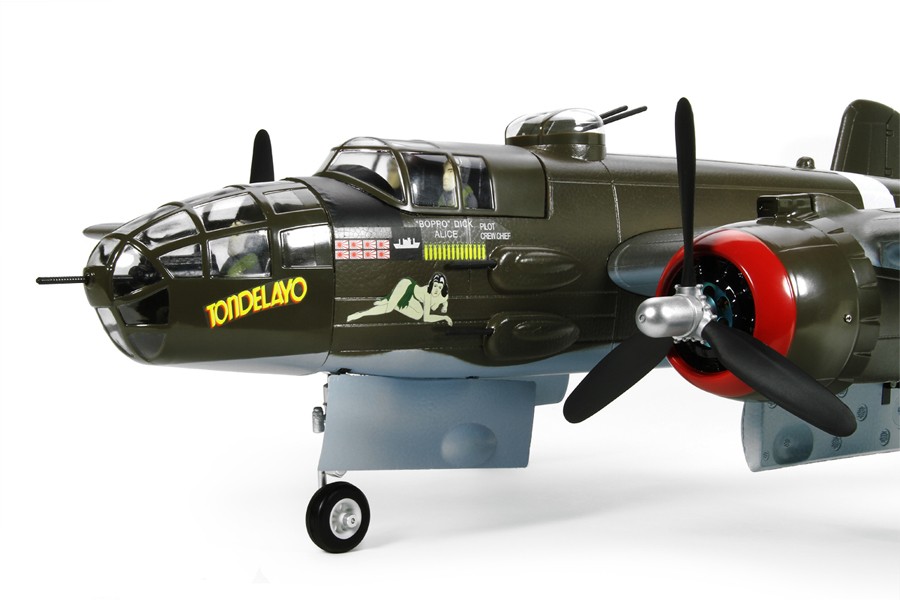 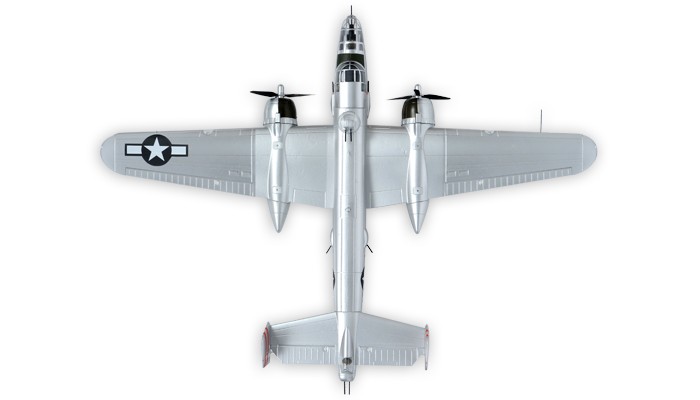 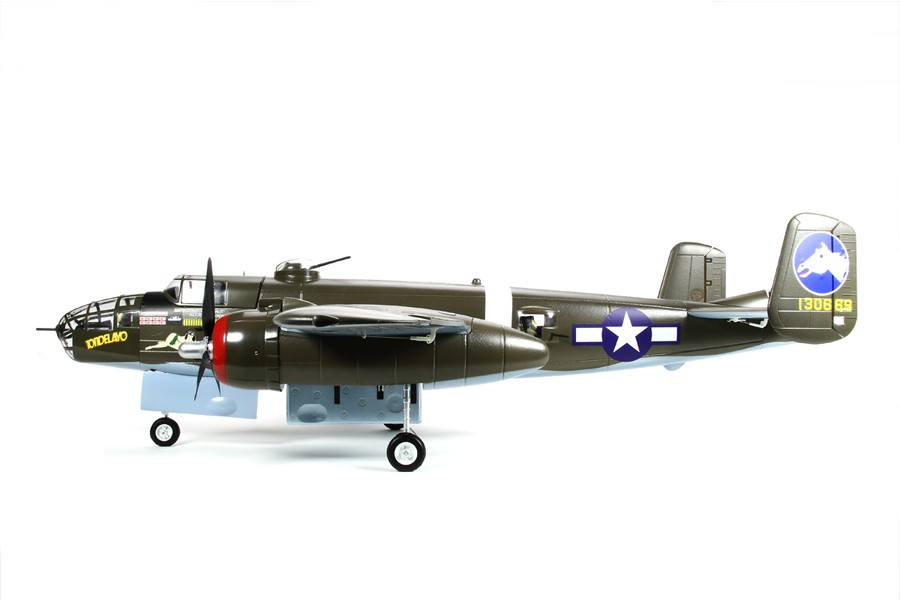 The North American B-25 Mitchell is an American medium bomber that was introduced in 1941 and named in honor of Major General William "Billy" Mitchell, a pioneer of U.S. military aviation. Used by many Allied air forces, the B-25 served in every theater of World War II, and after the war ended, many remained in service, operating across four decades. Produced in numerous variants, nearly 10,000 B-25s were built. These included several limited models such as the F-10 reconnaissance aircraft, the AT-24 crew trainers, and the United States Marine Corps' PBJ-1 patrol bomber.

This article is an extract from the Wikipedia article "North American B-25 Mitchell", which is released under the Creative Commons Attribution-Share-Alike License 3.0 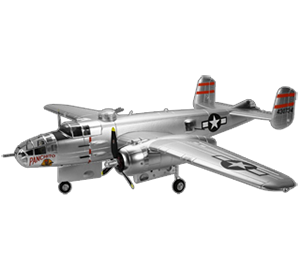 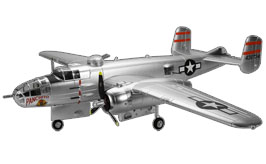 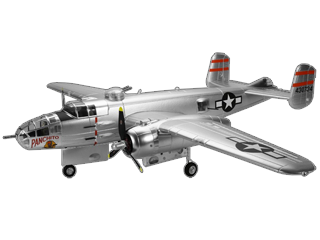 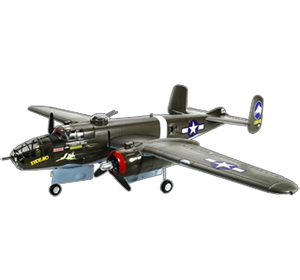 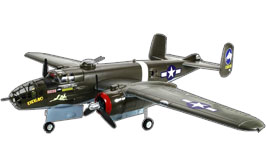 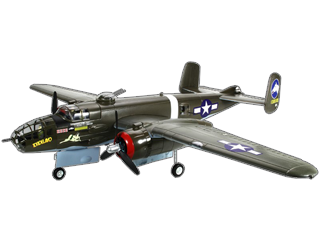 We cannot guarantee that the shops listed below do sell the B25 Mitchell in particular but at least we know they do distribute fms. 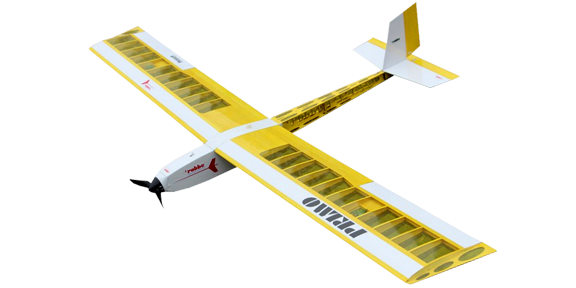 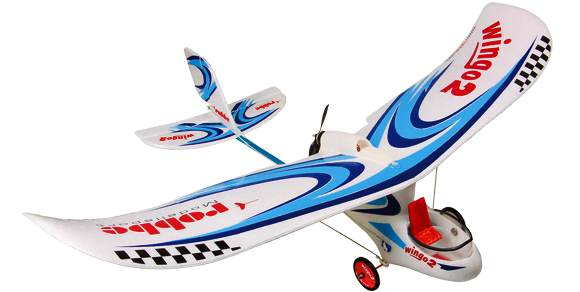 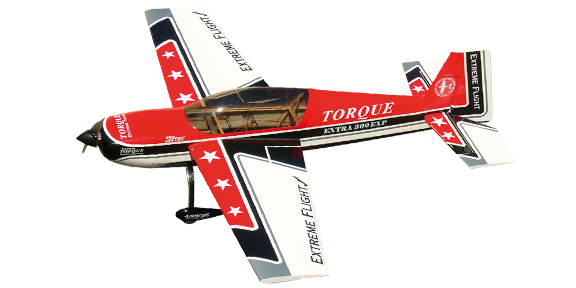