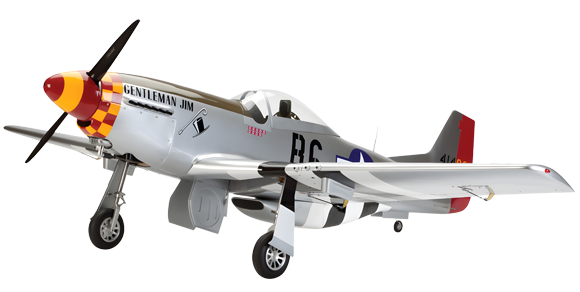 The Hangar 9® P-51D Mustang 60cc ARF is a remarkable replica of America's favorite warbird. Modeled after the Mustangs used by the 357th Fighter Squadron during WWII, it's constructed in 1/5-scale with lightweight balsa and plywood featuring full balsa-sheeting to maintain a strict scale appearance that's also durable. Very few details were sacrificed in order to maintain a high-level of performance. So you get a correctly located tail wheel and other outline characteristics in a way that makes modern scale modeling worth while. The functioning flaps facilitate scale takeoffs and landings while the internally mounted power switches help preserve the scale effect. One of the greatest convenience features is the three-piece wing, which features plug-in outer panels so that the center panel with the landing gear can stay attached to the fuselage—making assembly and transport super convenient. The airfoiled horizontal tail sections are removable as well.

This P-51D Mustang comes out of the box with all kinds of details that have been finished for you, including a removable scale antenna, gun details, and much more. In addition, the inner gear doors have been fashioned to sequence in a scale manner using common components. The steerable tail wheel also features doors and a retractable electric tail wheel assembly (sold separately) that is a bolt-in option. Genuine UltraCote® covering delivers an easy to maintain finish that offers a realistically painted appearance similar to the way you'd see a professionally restored full-size P-51D today.

Just about everything Hangar 9 product developers could think of has been done to make set up convenient. The included sliding canopy and full-depth cockpit is provided as inspiration for you to take the scale experience as far as you'd like. Plus, you get two sets of marking decals; "Glamorous Glen III" as flown by Captain Chuck Yeager and "Gentleman Jim" as flown by Captain Jim Browning for an extra sense of authenticity and realism you can match up with aircraft still flying to this day.

Hangar 9 engineering excellence means you can count on great handling on the ground, in the air and during every hot strafing run in between. The P-51D Mustang 60cc can be powered for warbird performance using gas or electric power. This means you can enjoy what the Hangar 9 P-51D Mustang was truly meant for—blazing through the sky with authority just like the heroes of our past. 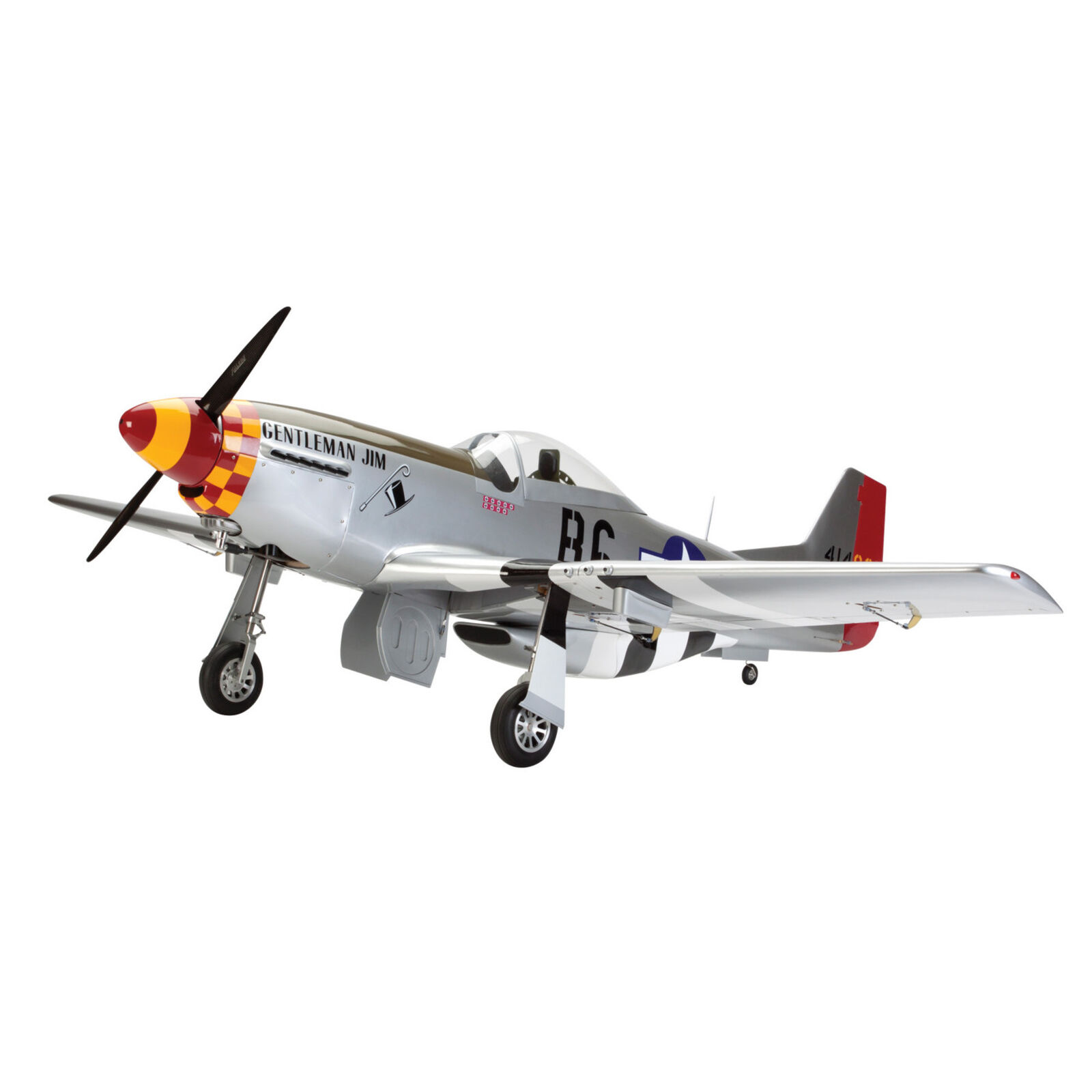 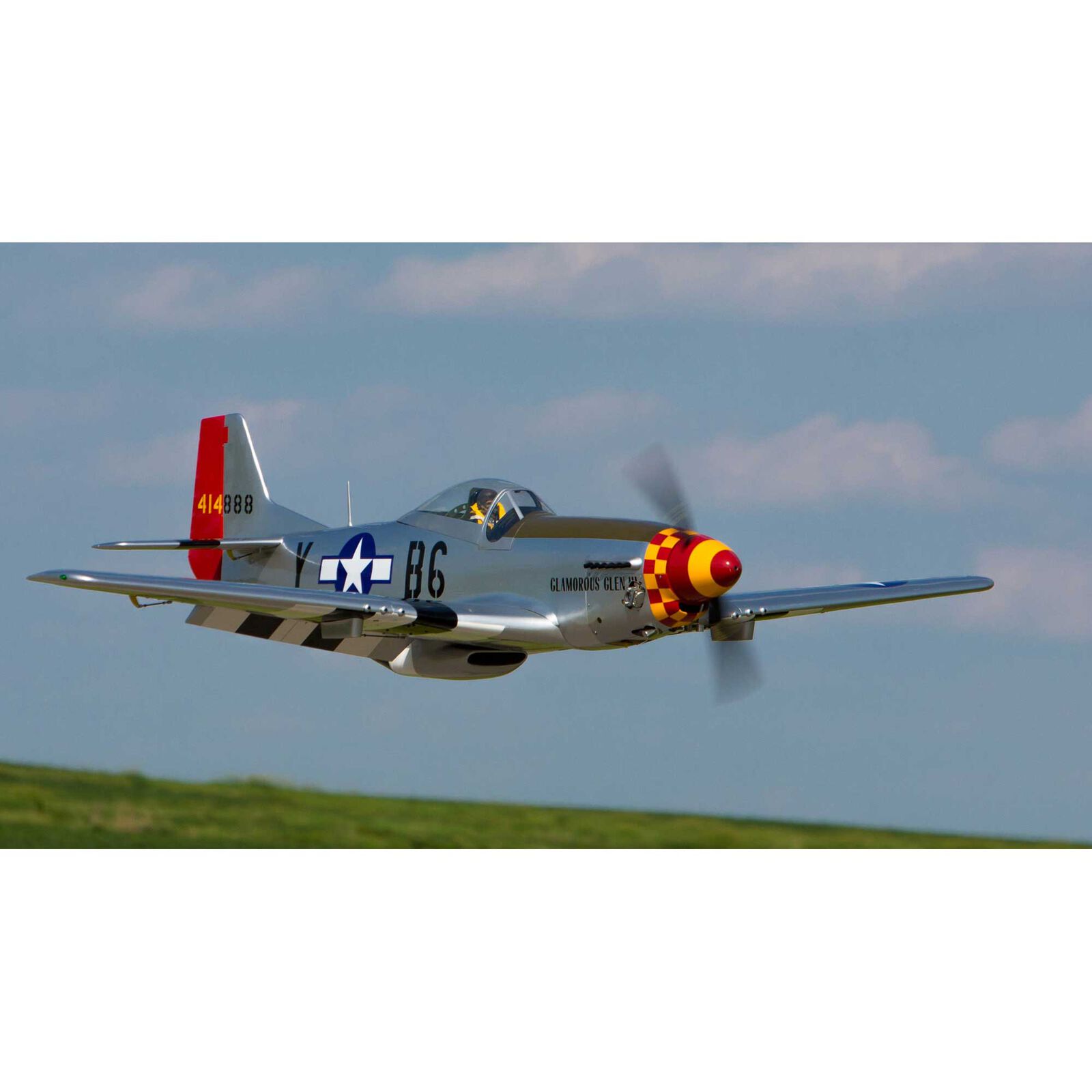 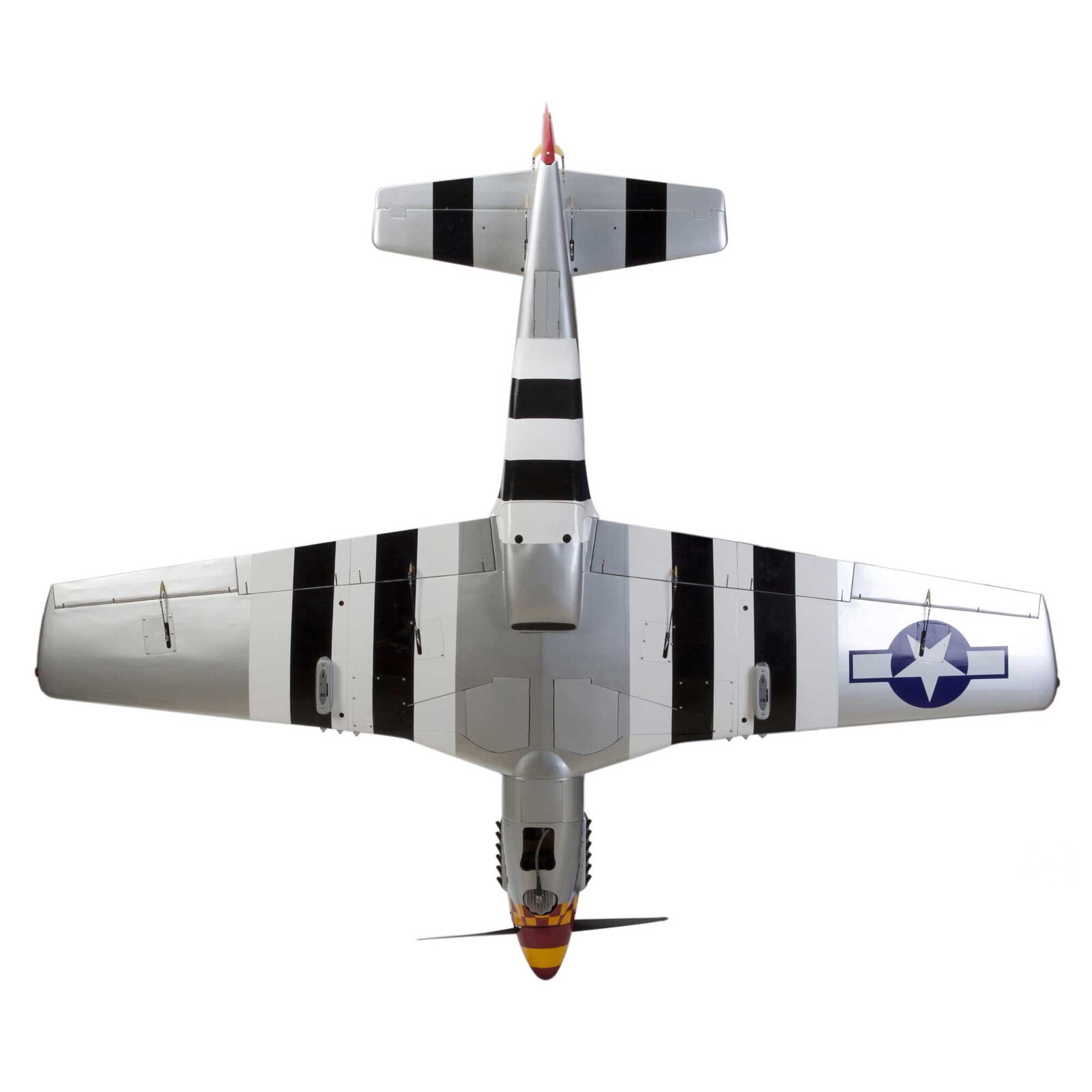 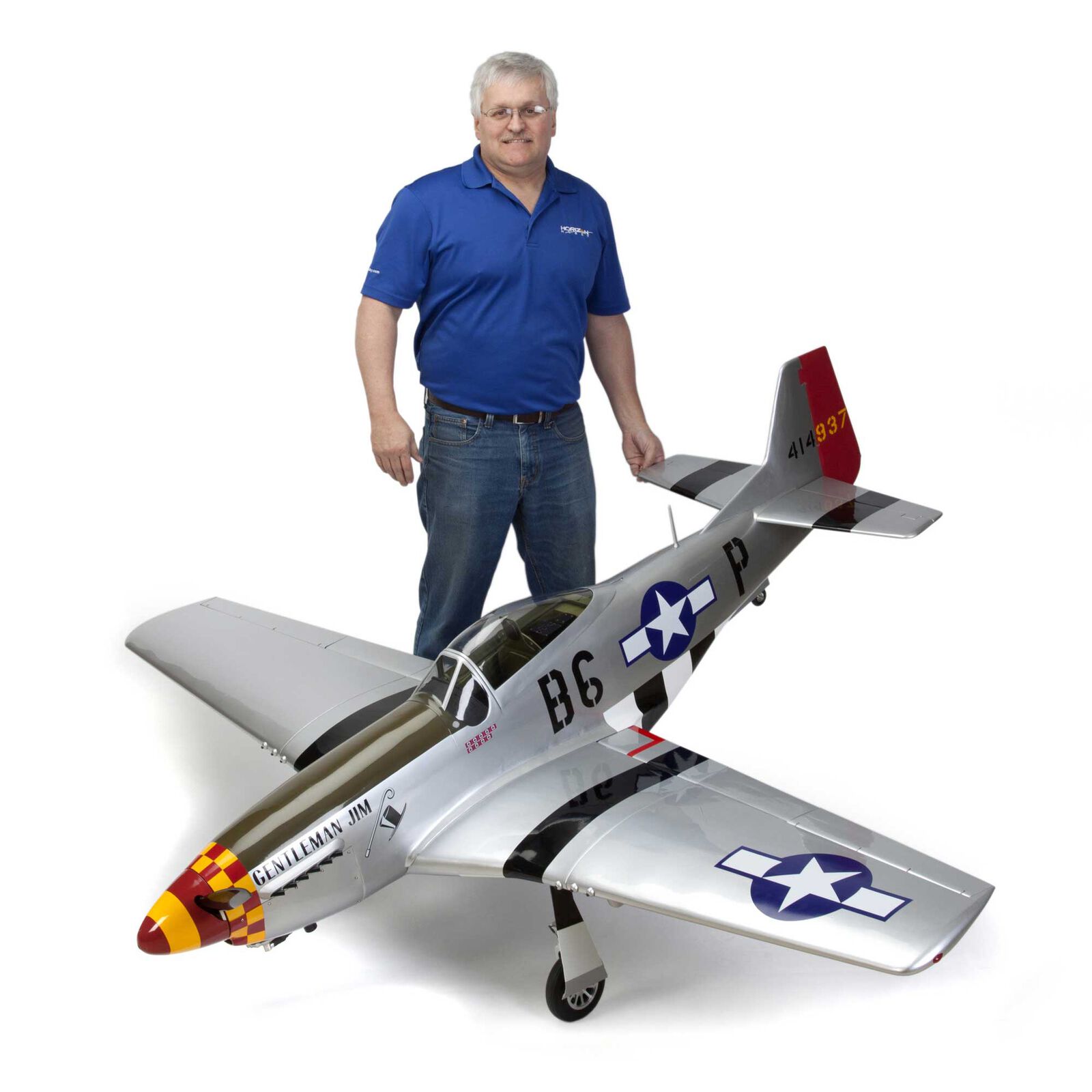 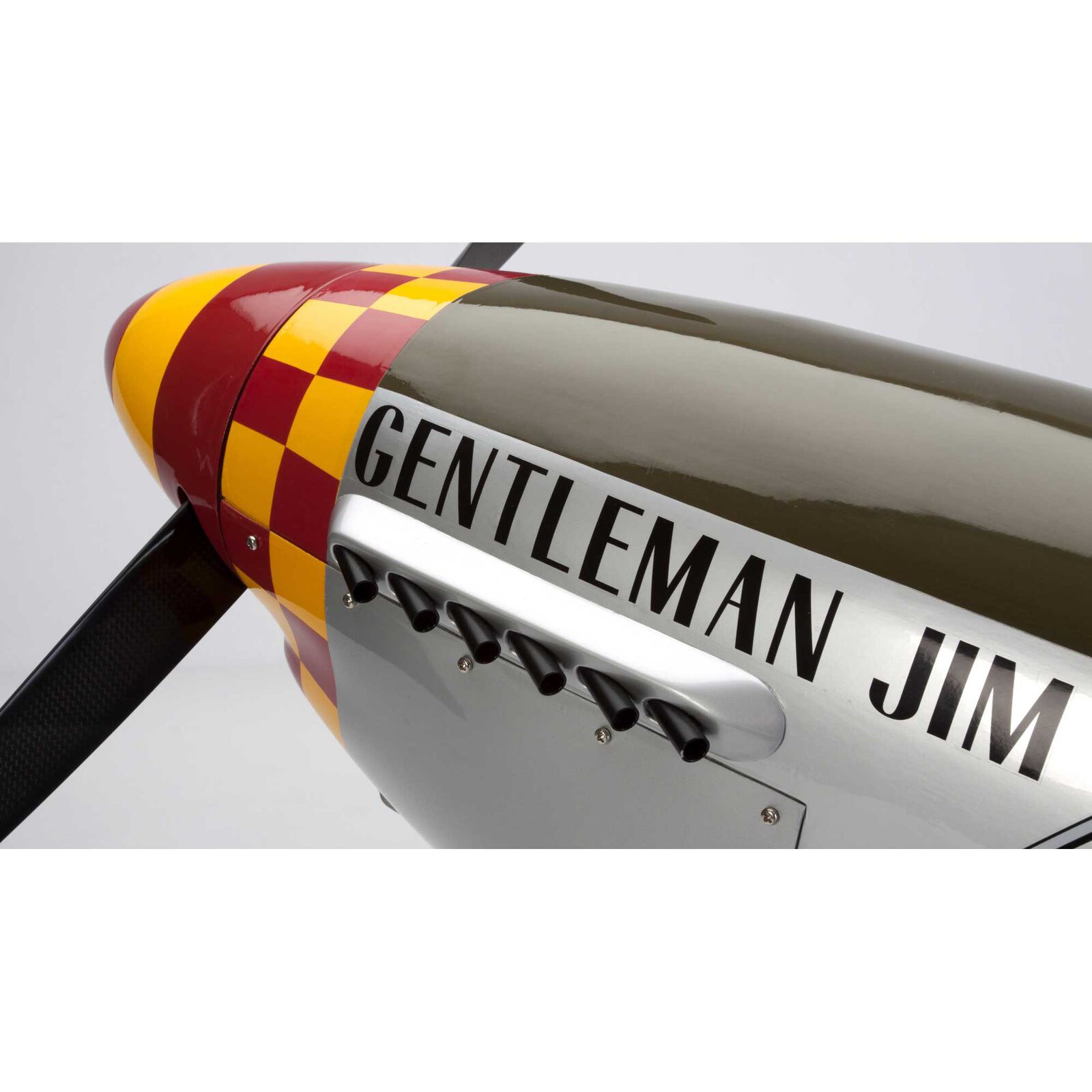 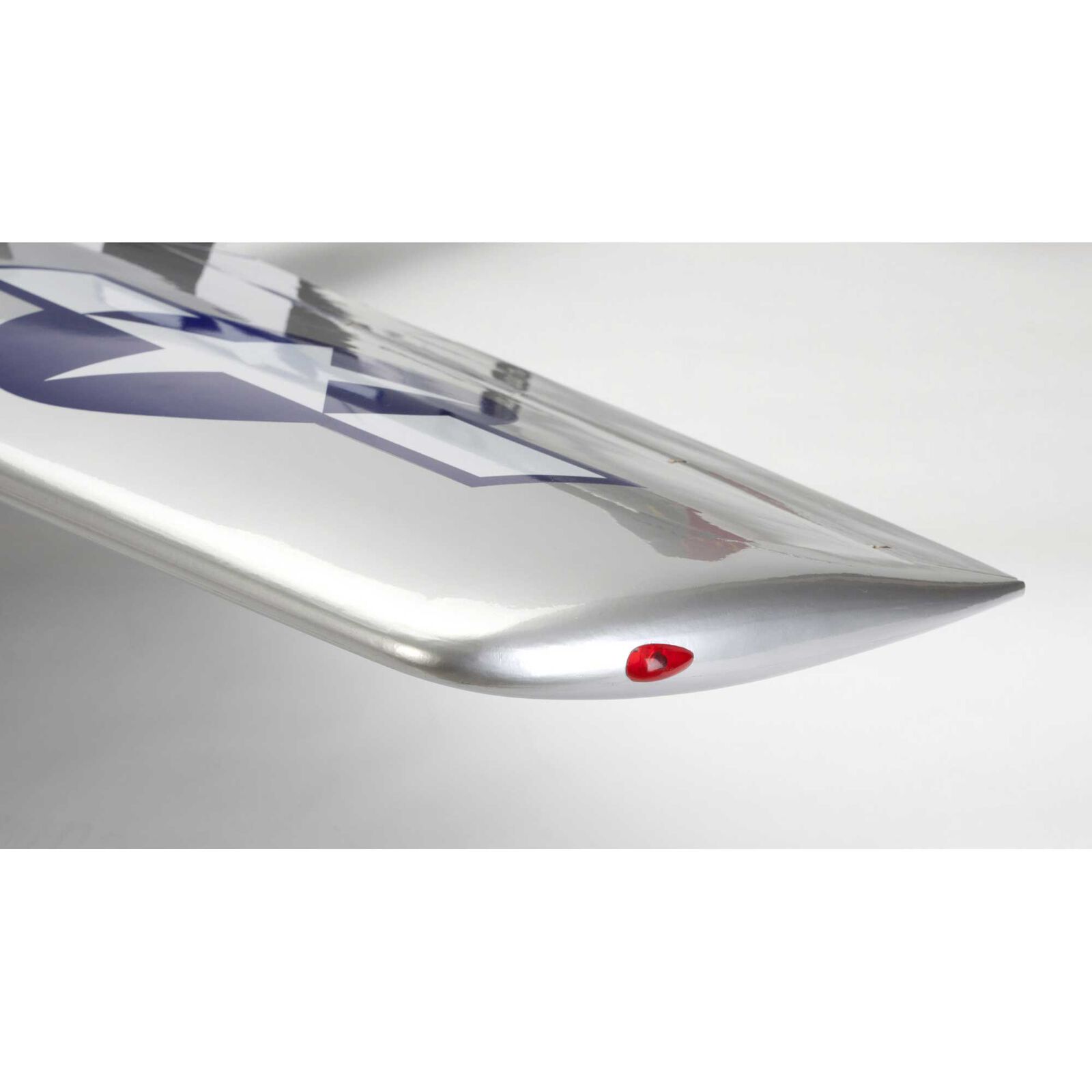 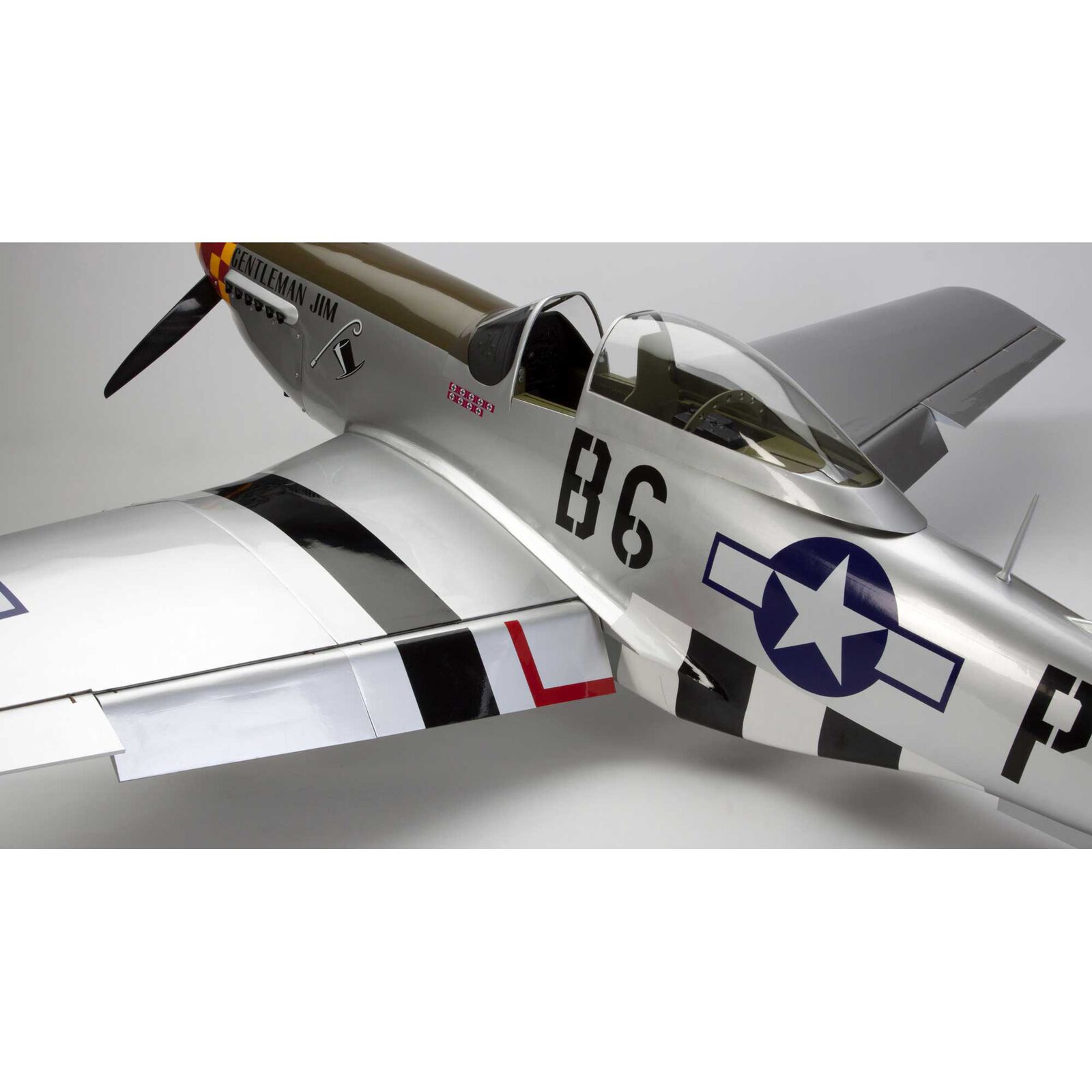 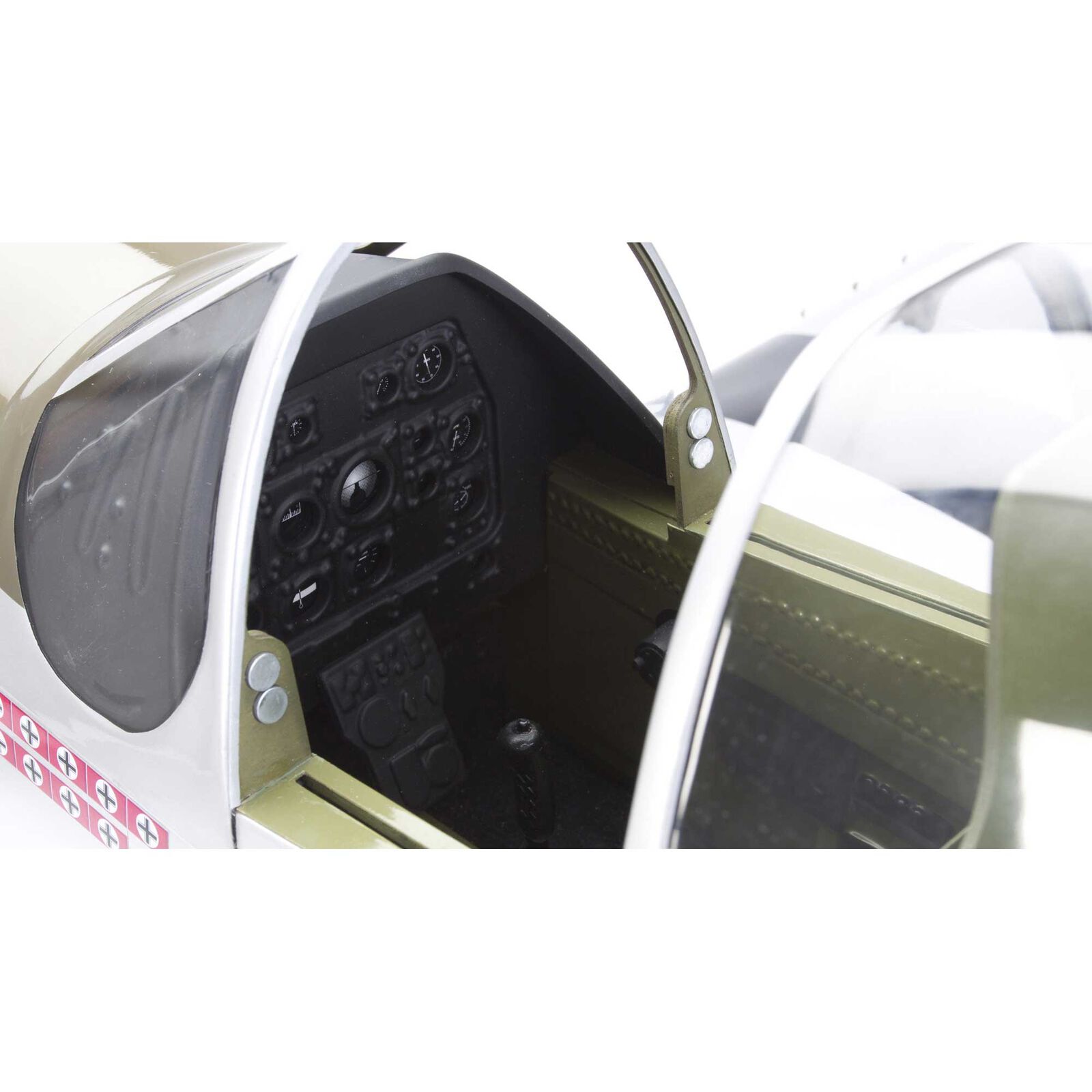 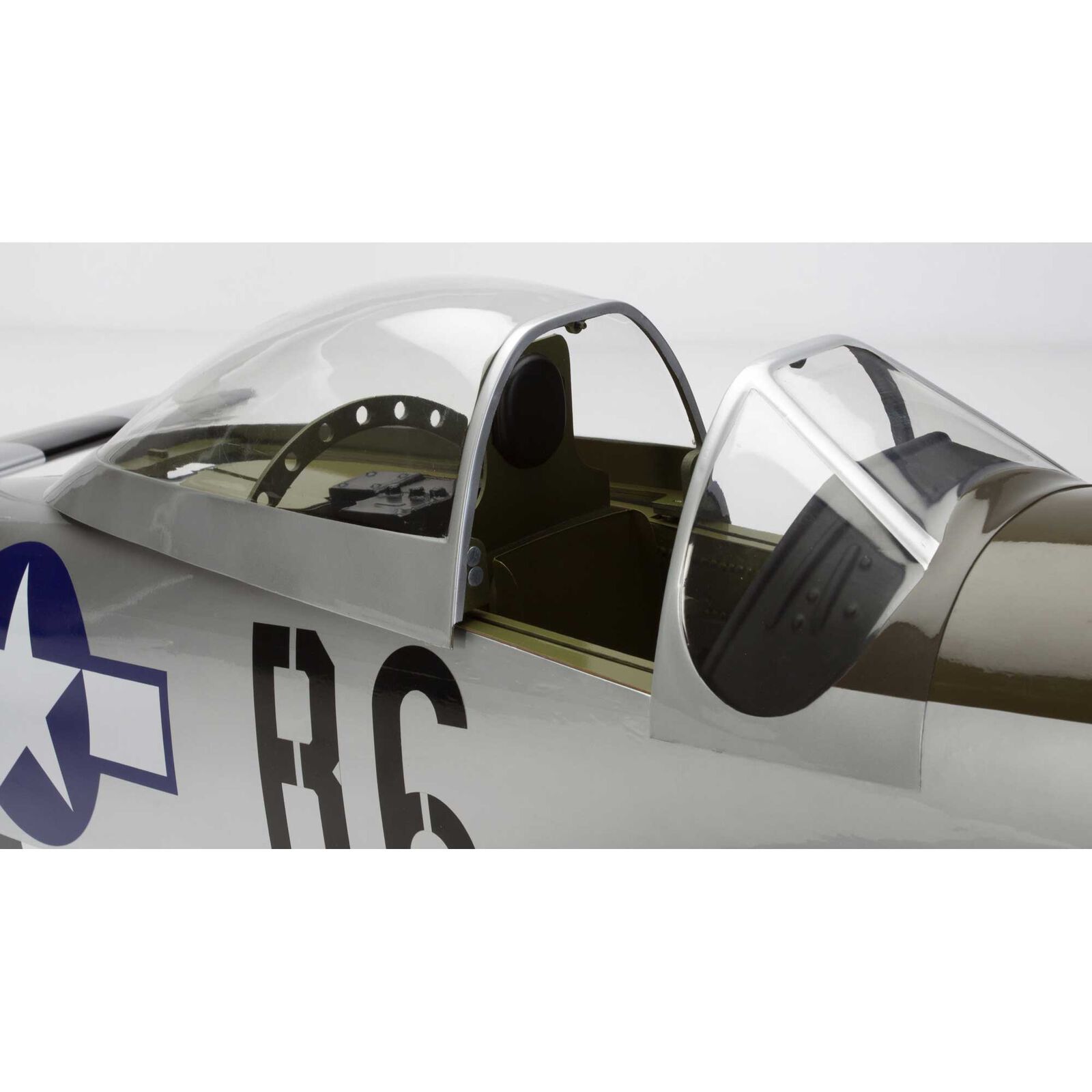 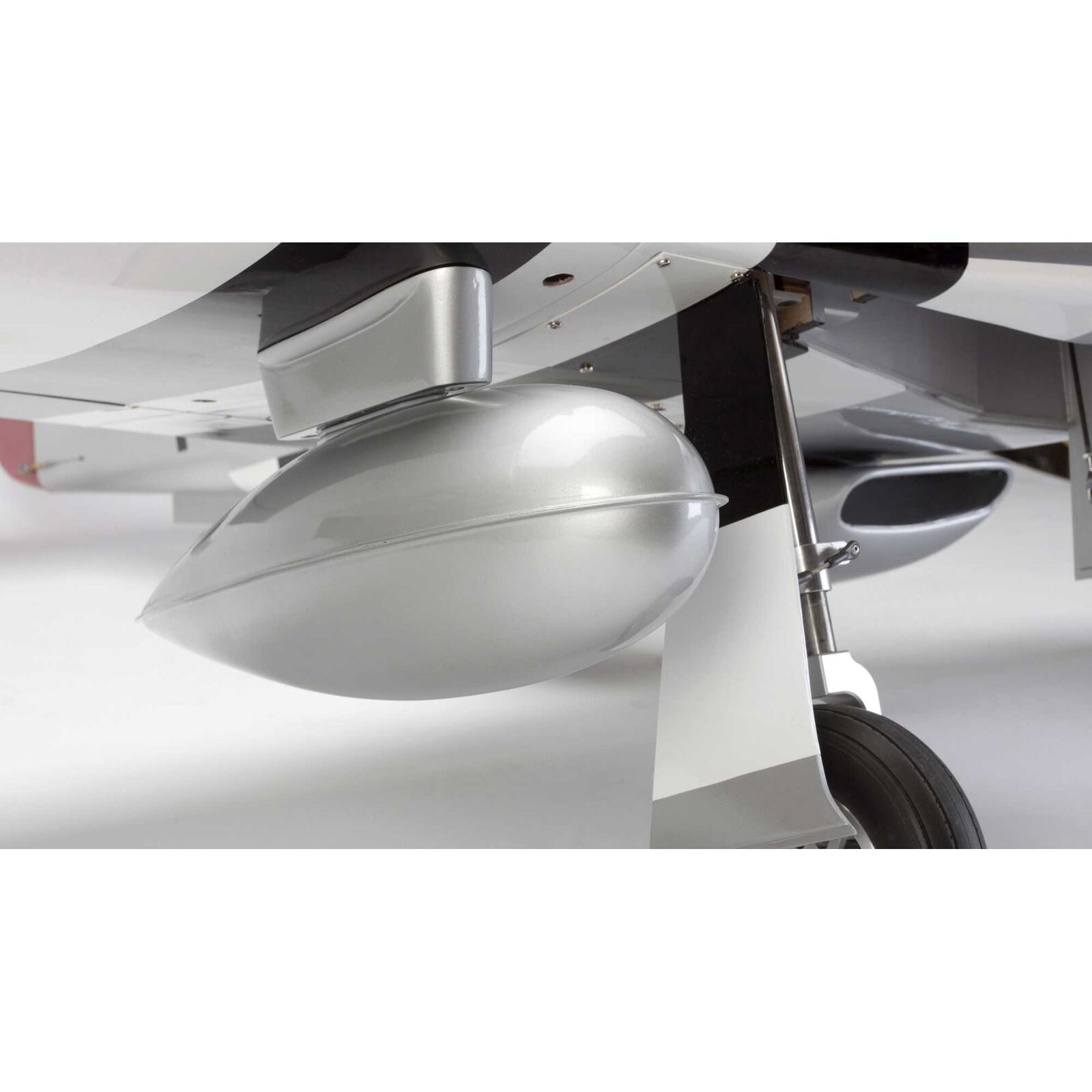 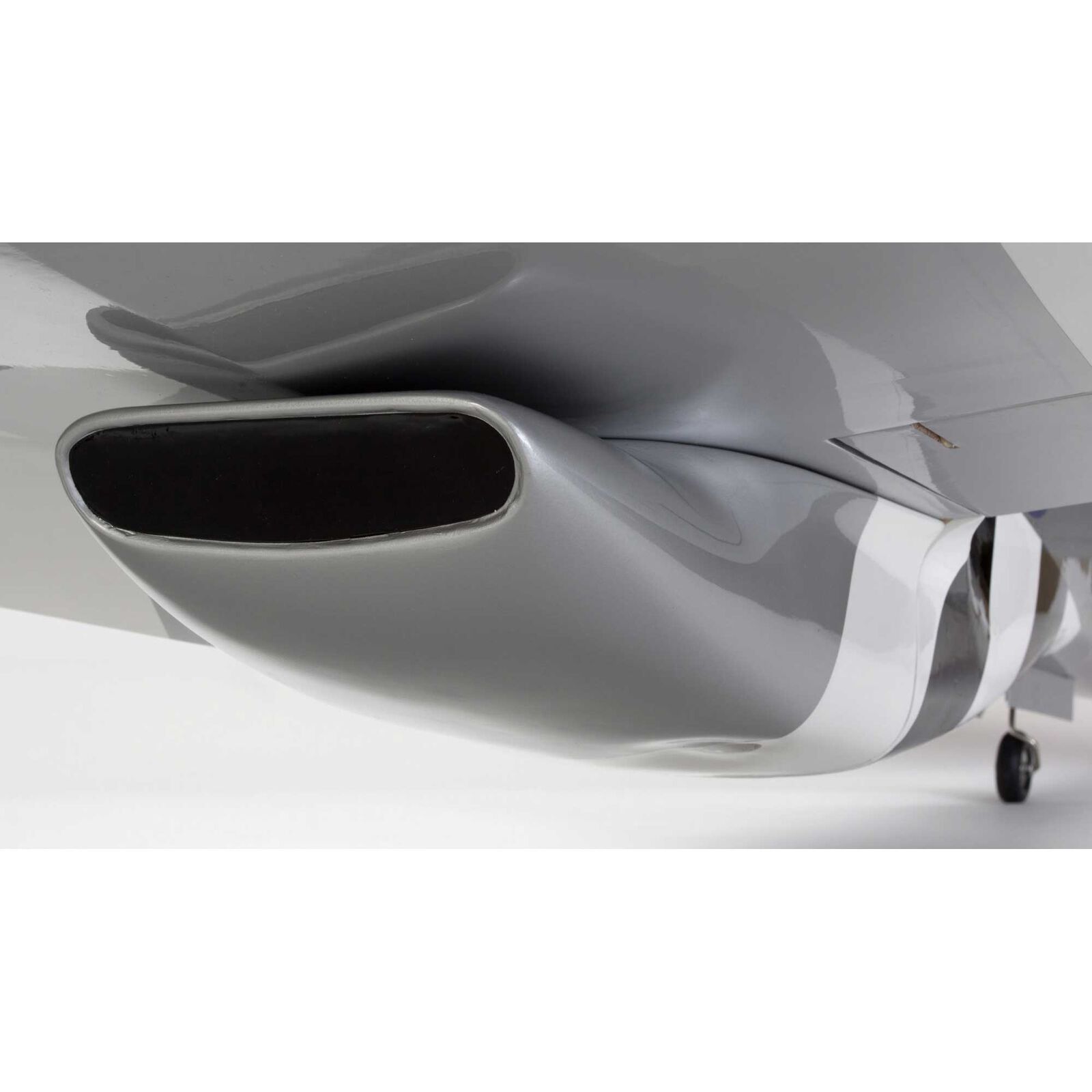 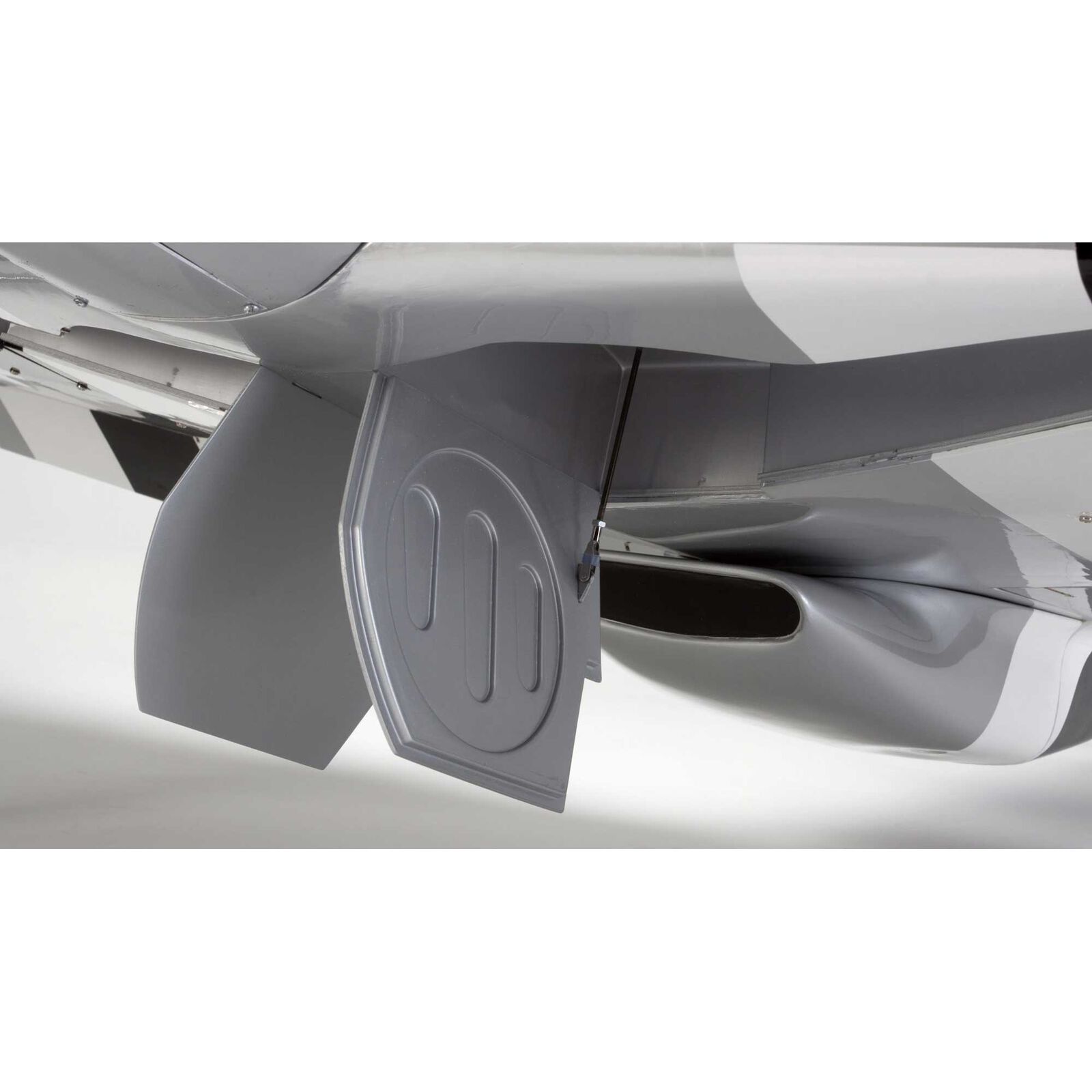 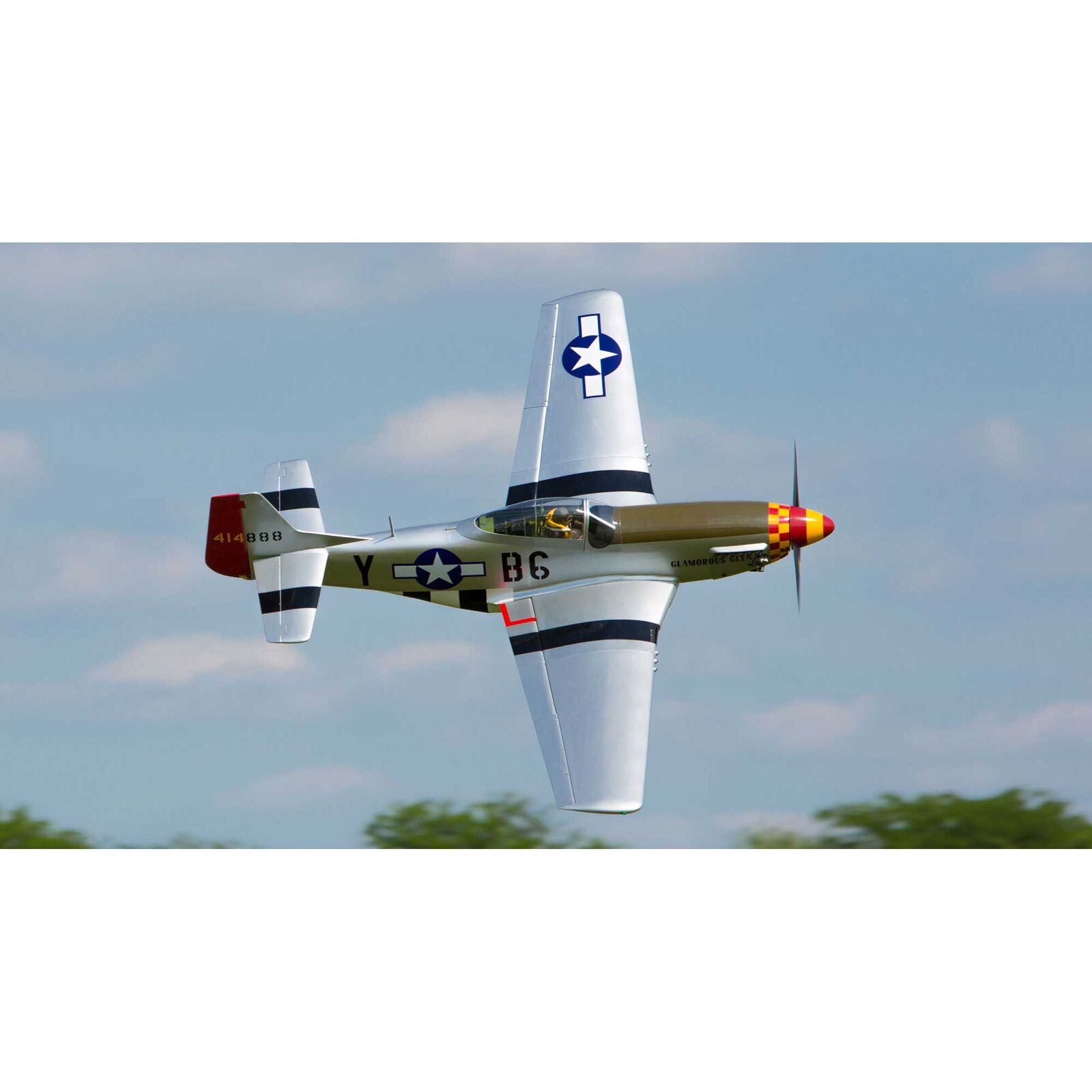 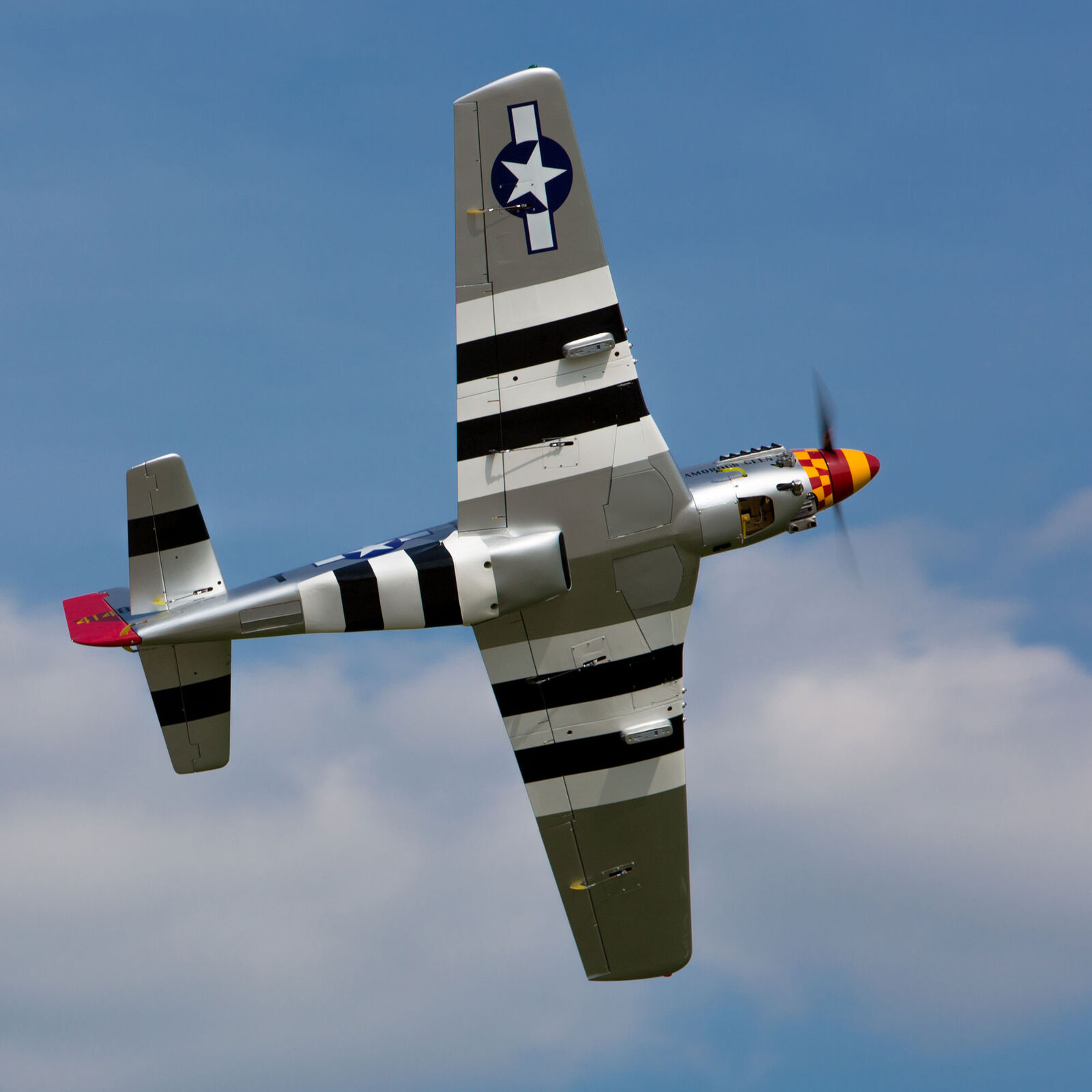 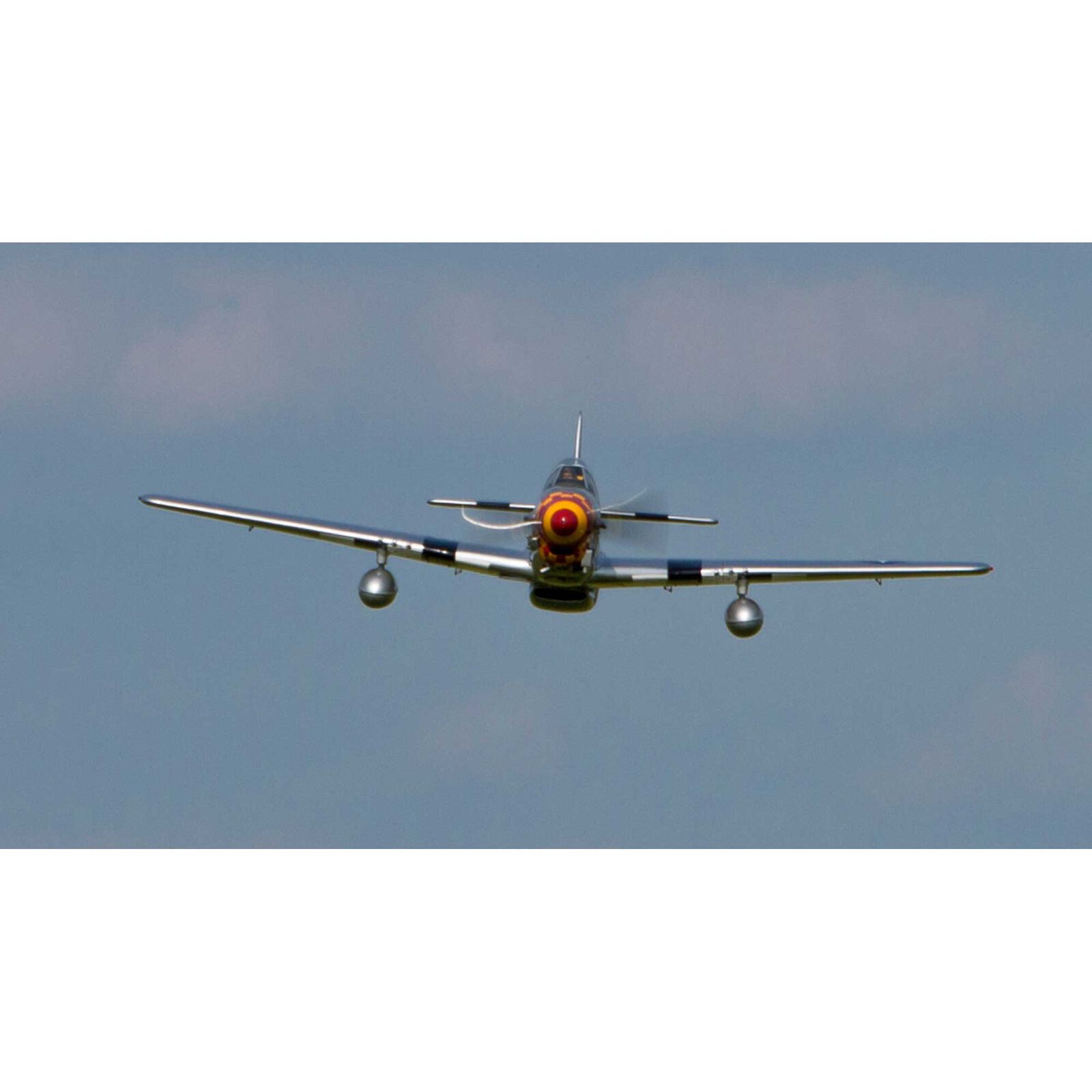 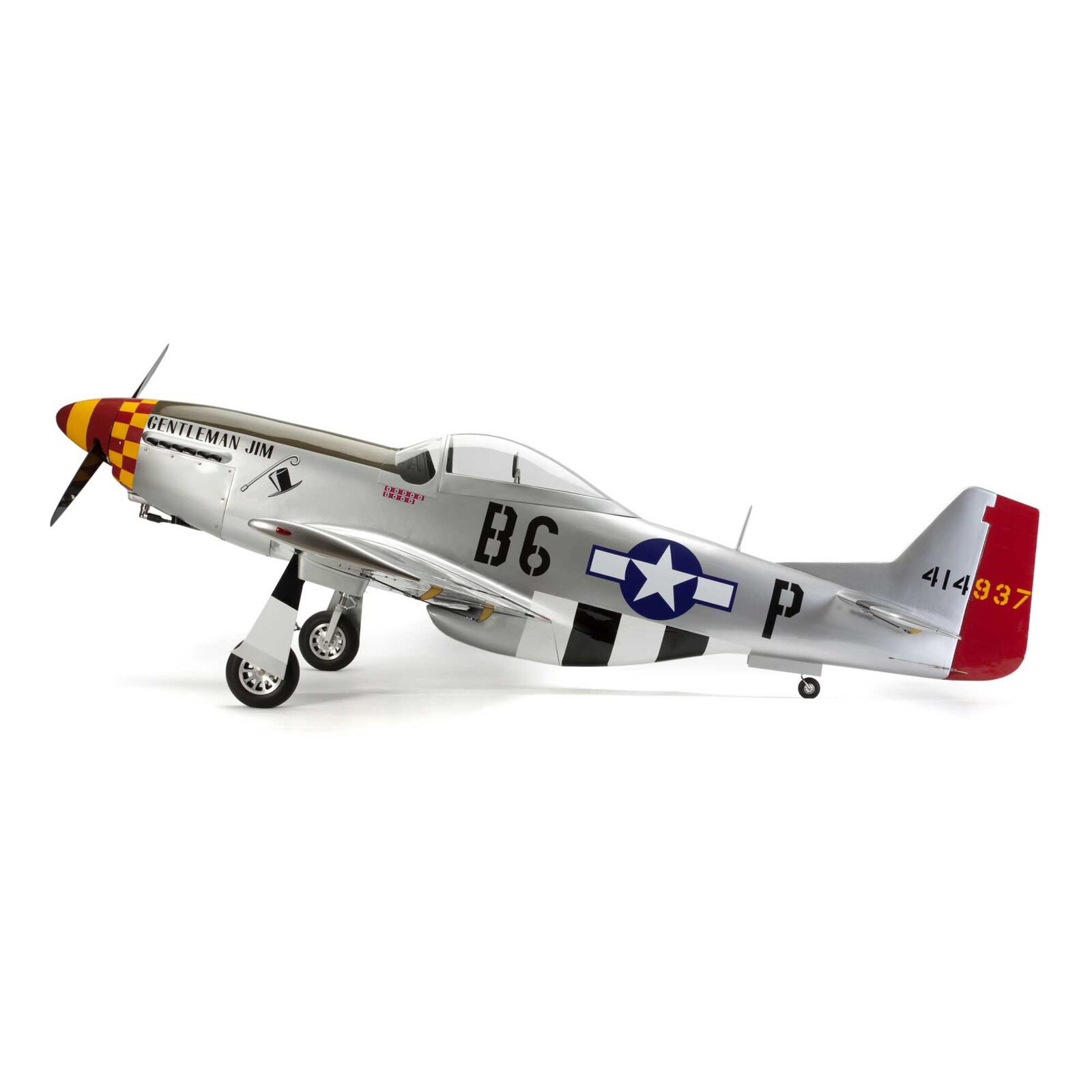 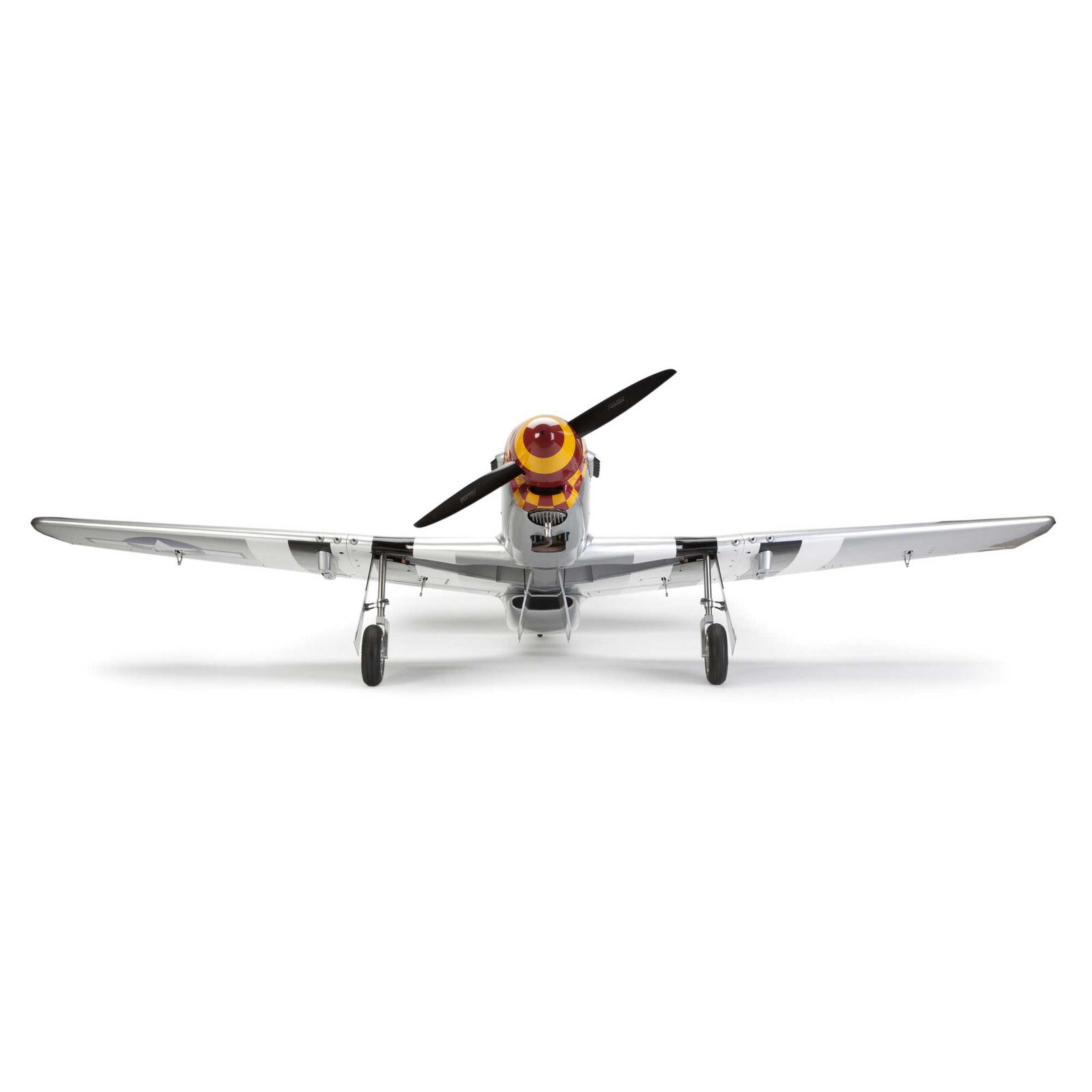 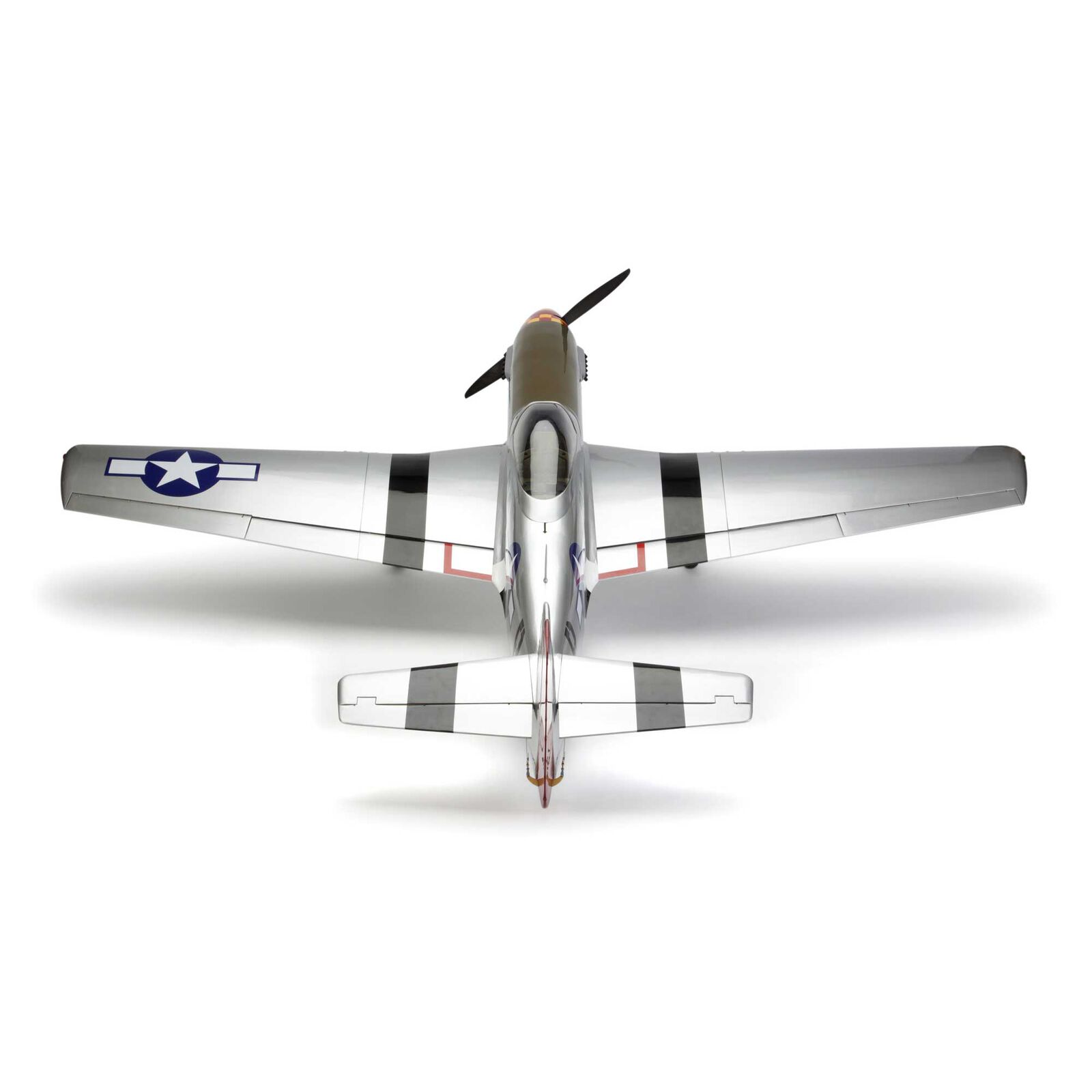 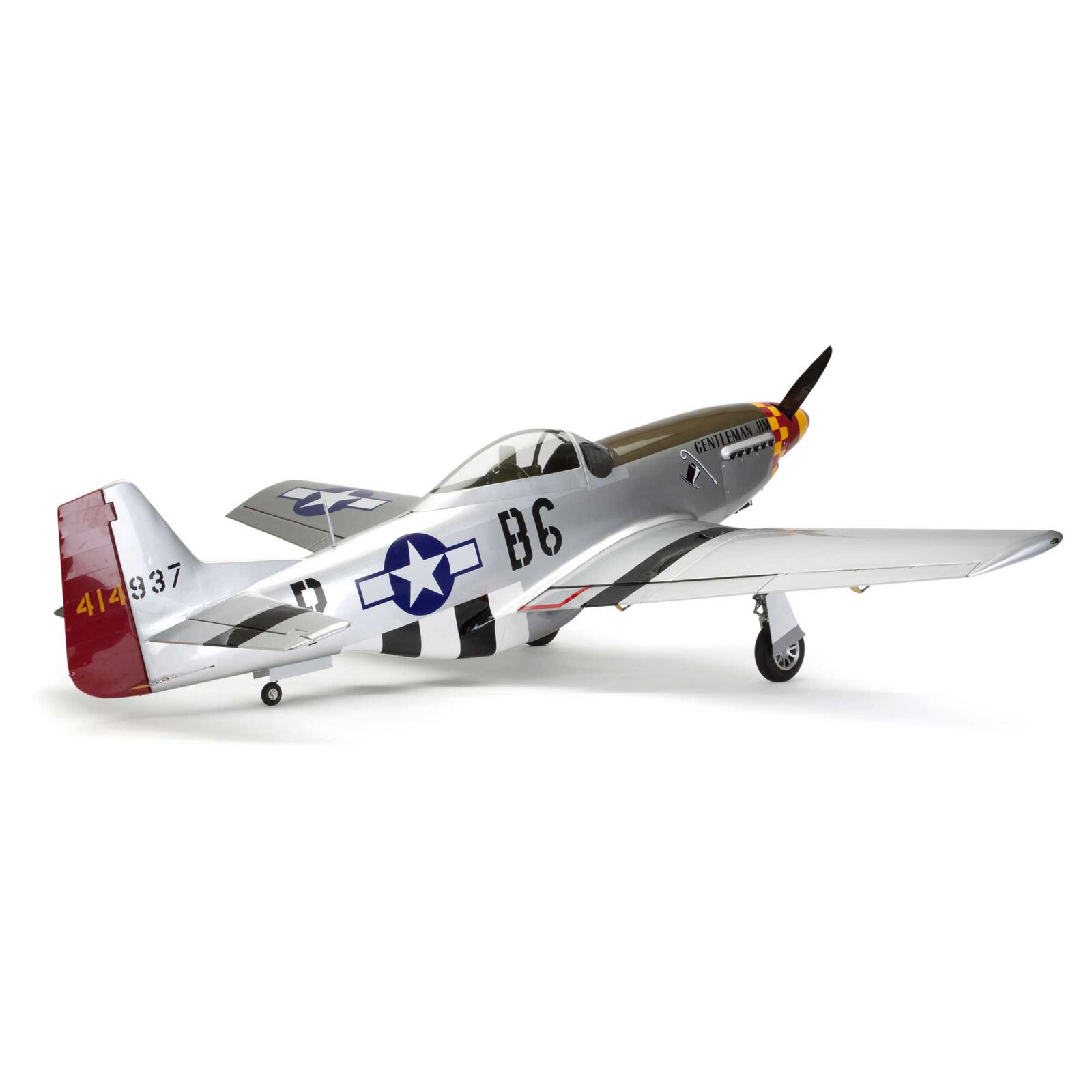 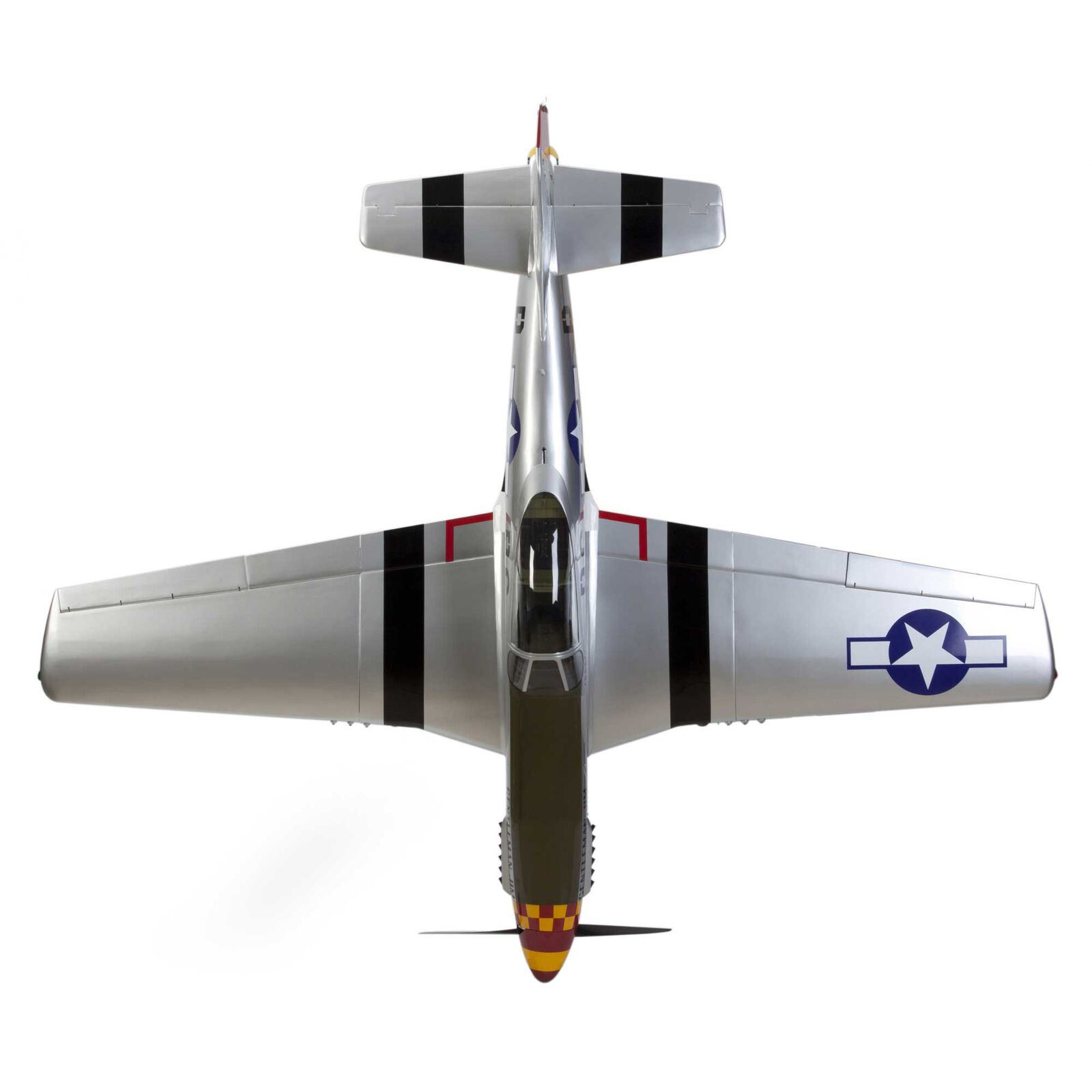 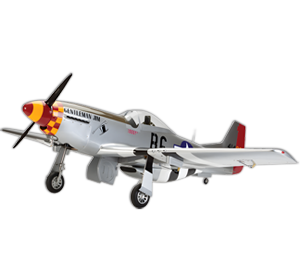 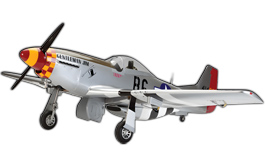 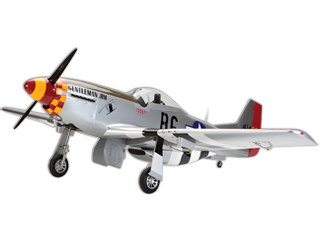 We cannot guarantee that the shops listed below do sell the P-51D Mustang 60cc in particular but at least we know they do distribute hangar 9. 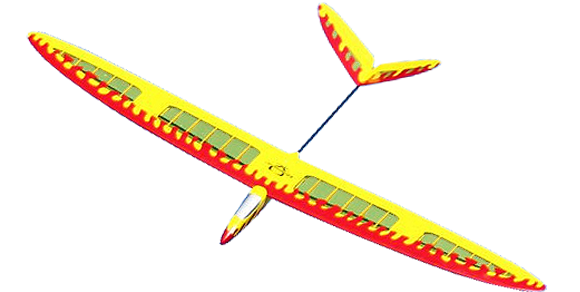 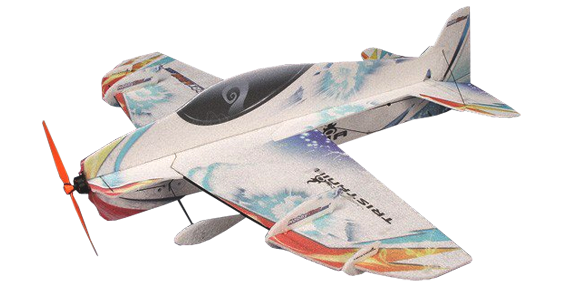 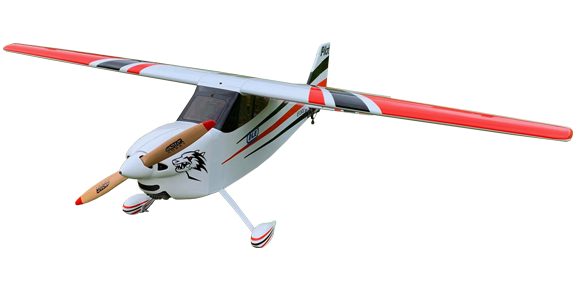