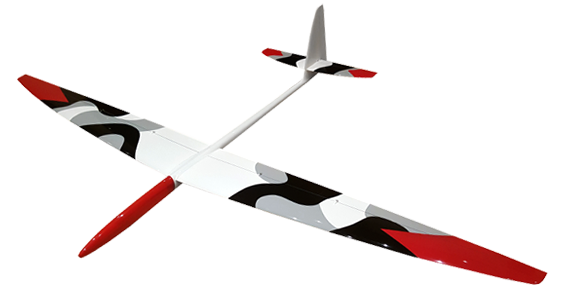 The all new Stormbird 2 Metre High Performance Glider from Aeroteam now in stock!

Philosophy:
Continuing technical development of previous designs which have gained him a worldwide following, Dr. James Hammond (Doc J) is very pleased to announce the latest entry into the high-end sports sailplane market; the Stormbird 2M.

Designed as a more modern, sleeker, and higher performing replacement for the ever popular Typhoon – arguably the best selling all–moulded 2M ever, Stormbird incorporates all of the great things about the original design – and more.

From the first few flights Stormbird has far exceeded our expectations.

Armed with a completely new wing planform, new aerofoils, new and stronger fuselage and the game-changing sine wave spar, plus the normal Aeroic massive carbon joiner; the new “Doc J” weapon is extremely fast - scary fast some have said - and like all Aeroic thoroughbreds its really easy to fly, tracks like its on rails, is highly aerobatic, and yet lands like a Gentle Lady.

Overall design:
Despite being “Chromatically Challenged” – as he puts it (He only responds to theory and verifiable measurements) James has always had an eye for a cool design. Stormbird has a highly optimized wing and completely new and improved wind tunnel tested aerofoils. Slimmed down from previous designs as servo technology has improved and become more widely available, the layout has enough room to allow plenty of ballast in the fuse - but unlike its predecessor has ballast tubes in the wings too. The slip on nosecone makes it all easily accessible

Aerofoils:
The sections used are the most developments from James’s highly successful original aerofoil designs: Dial in a millimeter of reflex and see what happens – but don’t forget the replace the battery in your pacemaker first!”

Wings:
Completely different from the previous design, and made possible by the revolutionary Sine Wave Spar that is now a feature of all Aeroic planes, the highly optimized wing planform has undergone a series of changes throughout the development and testing of the model resulting in the somewhat “radical” shape that we now see.

The descending thickness, optimally cambered sections will let you go from really slow landing speeds with the flaps down to heart thudding passes with a little reflex, yet despite its ability to carry heavy ballast loads, the airframe will thermal with the best of them.
Large ailerons, large flaps and the new wing plan form each add to the overall performance of the airframe.
Like all Aeroic planes, the “standard” wing is carbon type.
Horns are factory fitted with well thought out geometry to allow flush servo installation using 10mm or thinner servos, though maximum servo thickness is 13mm in flap bay and 12mm in aileron, making a huge range of servos possible. Using conventional linkages you can get a clean, practical and most importantly serviceable wing installation optimized to use full servo travel to give high torque and low slop.
Ballast tubes in the wing add to the flexibility.

Aeroic Sine Wave Spar:
Used in several military aircraft, (Doc J’s designer background) the Sine Wave Spar has been adapted for the first time to make up the heart of a model sailplane wing, and has frankly amazed us with its low weight, and ultra high strength. Unlike a conventional spar the Sine Wave Spar adds terrific torsional strength and yet actually weighs considerably less than the older non-optimized spar.
Now used in all Aeroic airframes, the Sine Wave Spar is lighter and far stronger than “conventional” spars and raises the level another notch.
We think that this development could really be a game changer in model sailplane technology.

Fuselage:
The beautifully contoured fuse is strong, light, and stiff with Carbon/Kevlar reinforcement and gives far more strength to the boom. Electronics area is 2.4 GHz friendly with access to the radio and ballast through a slip-on nose cone. The long nose area accentuates the rakish lines but also provides plenty of space to easily balance the model without resorting to shoehorning lead in every available crevice!
Snakes and/or rear mounted direct servos can be used for Rudder/Elevator control. These are all positioned to take the ‘head scratching’ out of installing the radio gear. The fuselage ballast tube allows the use of standard 19/20mm round ballast slugs, 8 of them if you need them, which added to the optional ballast in the wings allows nearly 1kg capability!
The rudder is designed large enough to be effective for both aerobatics and slow landing speeds. Wing stub fairings with location dowel holes finish the fuselage with “green” Multiplex type connectors to connect the electronics pre routed.

Tailplane:
Again the aerofoils were specifically designed for Aeroic sailplanes and this time for maximum control response with minimum deflection. At 10%, the tail airframe section is thicker than is the norm but the infinitesimal increase in drag is easily offset by the increased control response for less deflection.
To further increase the efficiency, pitch control is accomplished by using an elevator. No wobbly all moving tail and the elevator is driven by either an optional ball raced bell crank from a servo in the fuse, or where ultimate control is required, a servo can be placed in a hatch through the fin to give solid elevator control. The tails remain removable for convenient transport or storage.

Joiner:
Like all Aeroic planes, the Stormbird has an impressive joiner!
Massive is the only way to describe this part. It’s just over 35 x 12mm and was designed to be available as an optional solid UD carbon part for light DS.
It’s as big if not bigger than those used in most 3m competition airframes!

Production:
The Stormbird 2M has been designed with far greater capability potential than any average sports model, and this, coupled with the fact that like all Aeroic sailplanes the pre-production models underwent thorough testing, not only in flying performance, but also in making the installation straightforward and practical, leads to an airframe that is a snip to fit out, and flies like the true thoroughbred it is. 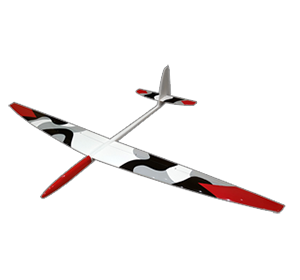 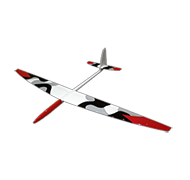 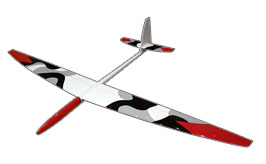 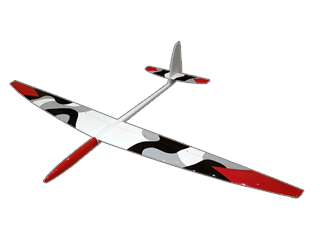 We cannot guarantee that the shops listed below do sell the Stormbird in particular but at least we know they do distribute Aeroic Composite. 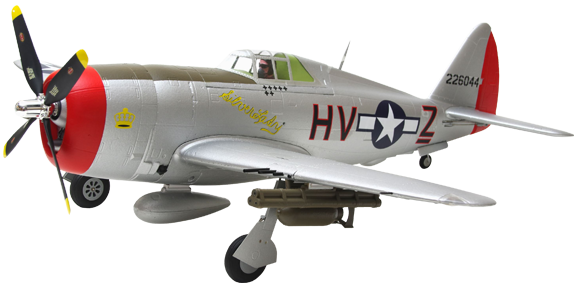 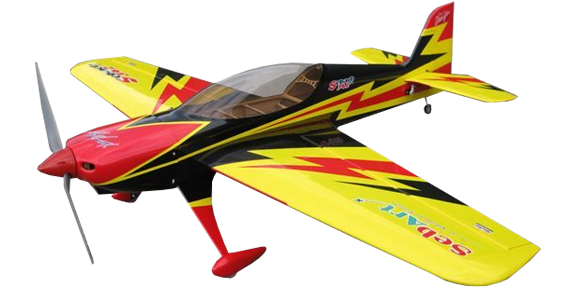 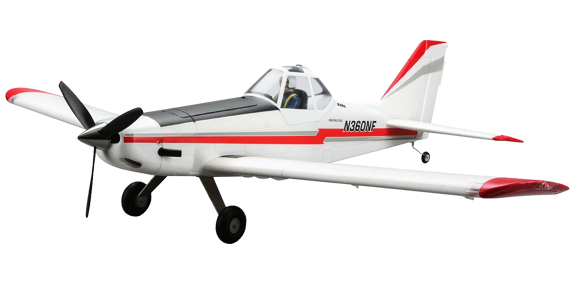