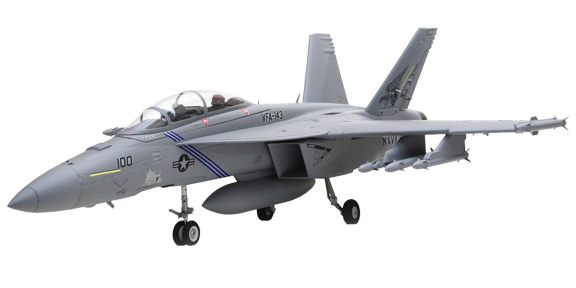 Incorporating many of the new and advanced construction and assembly features such as the optimized screw based assembly, pre-installed ball links and a heavy-duty wing spar, the super hornet is quick to assemble and disassemble. Based on the original 64mm F/A-18 Hornet, the 70mm F/A-18F Super Hornet features rich details, clean lines, CNC-machined shock-absorbed landing gear sets, and a button-type canopy hatch. Included with the model are four decal sets that allows you to make your own Super Hornet and stand out in your airfield. 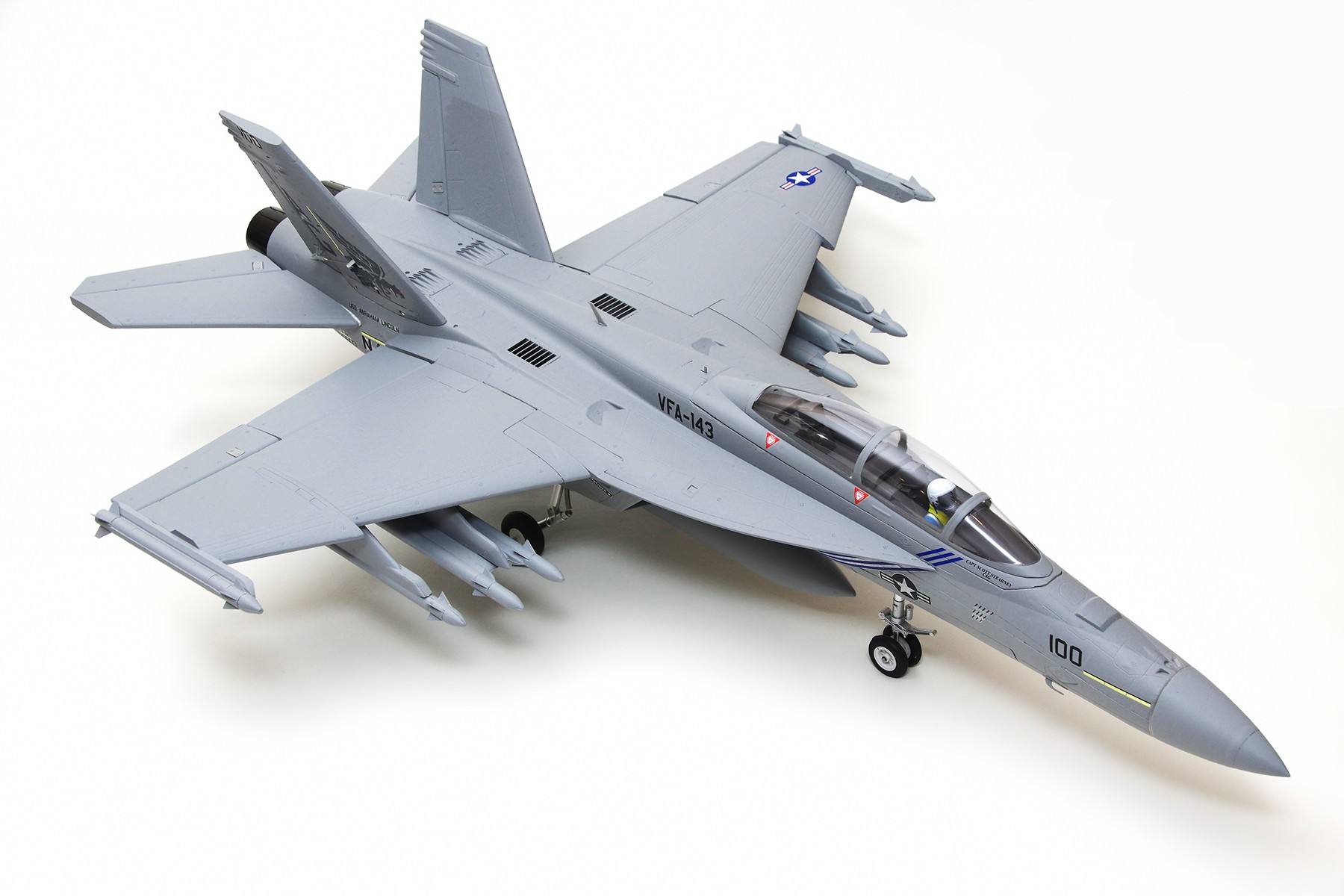 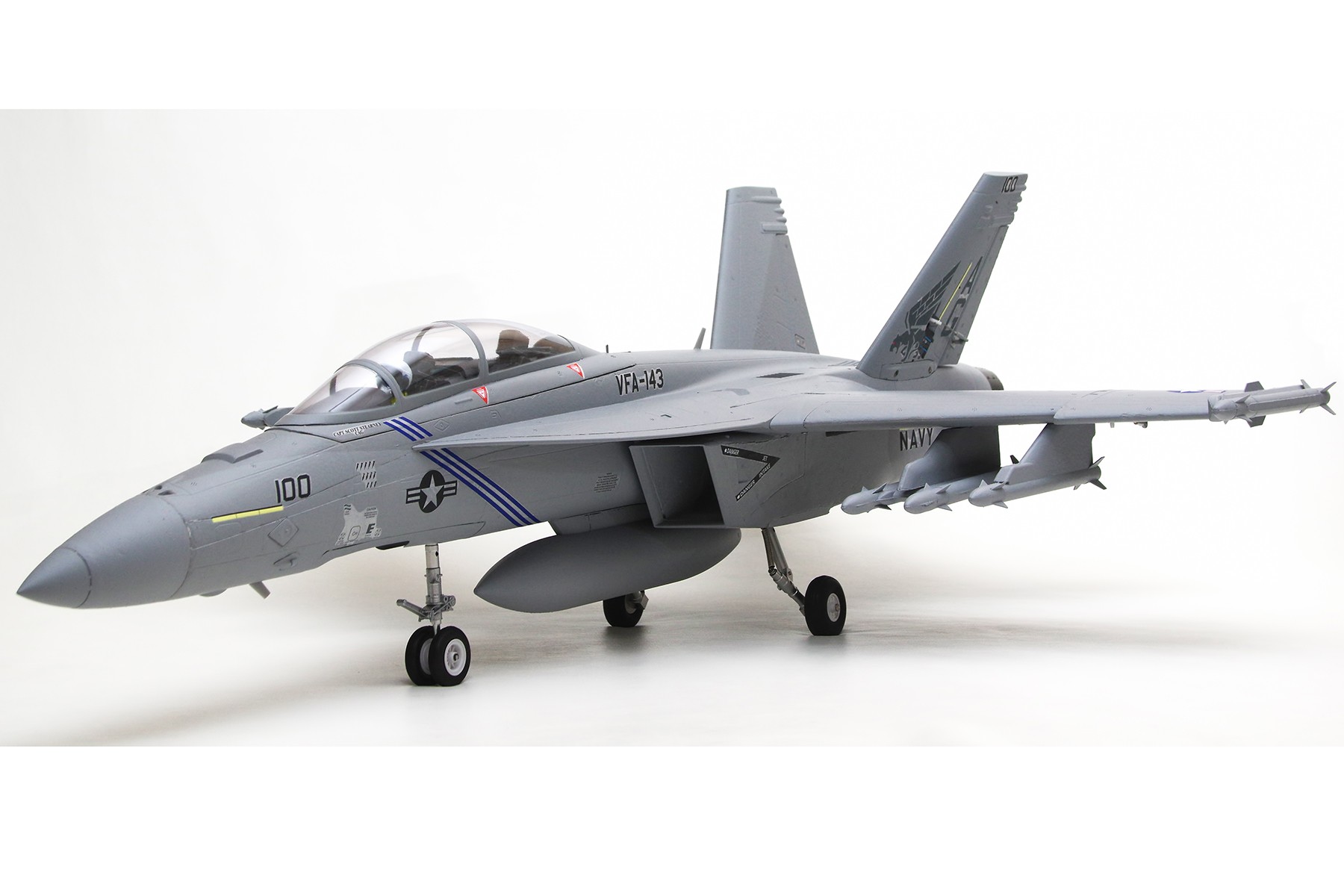 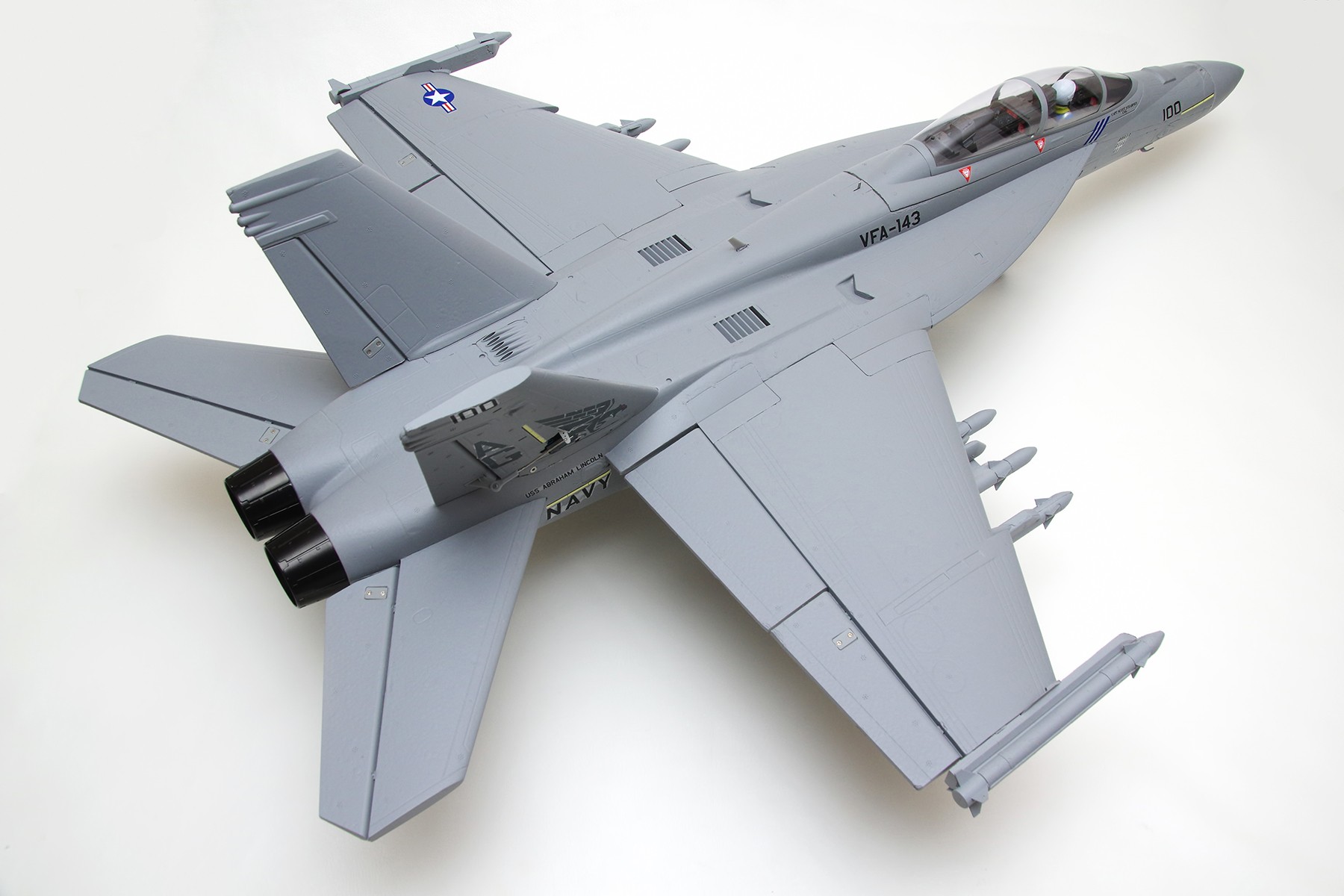 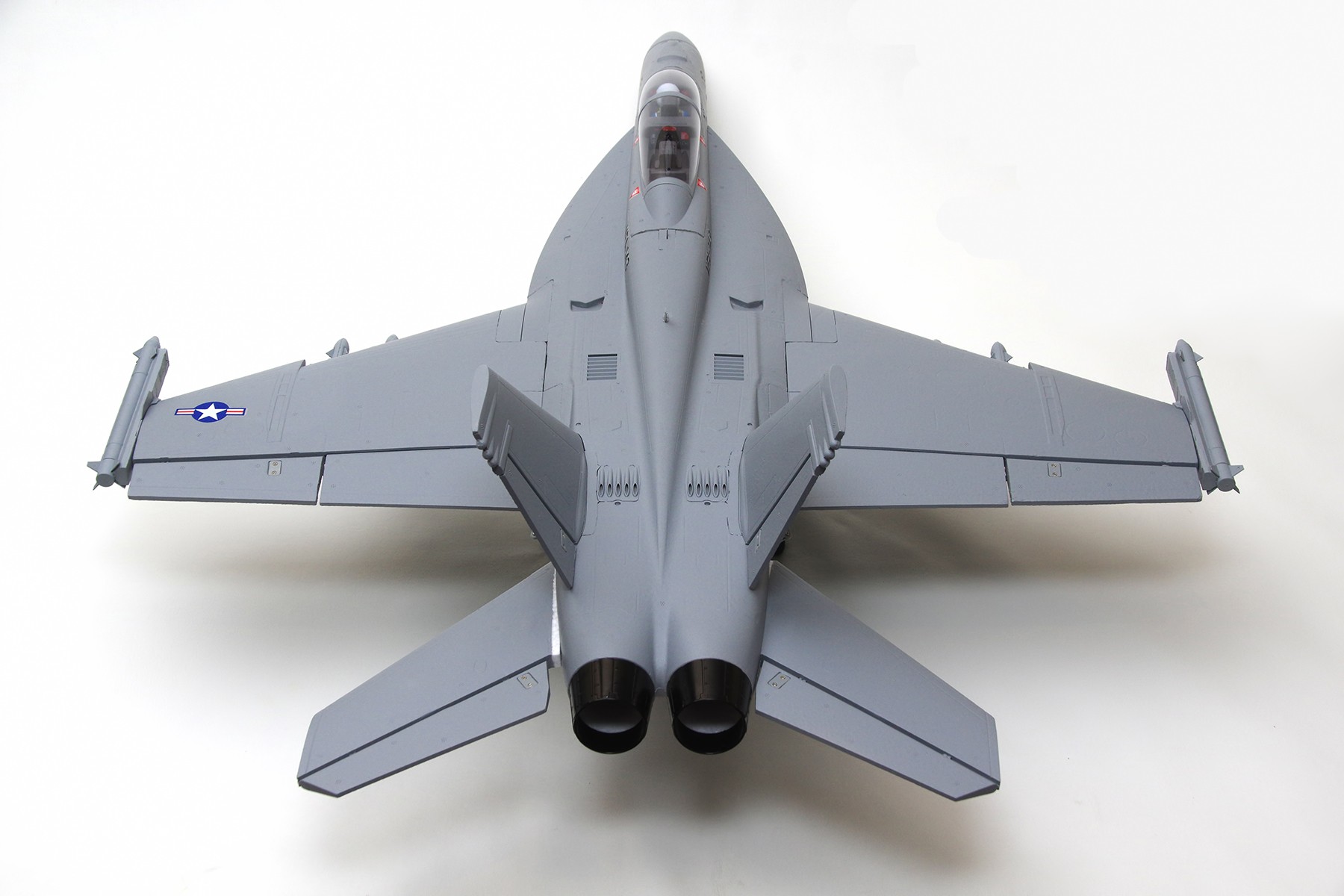 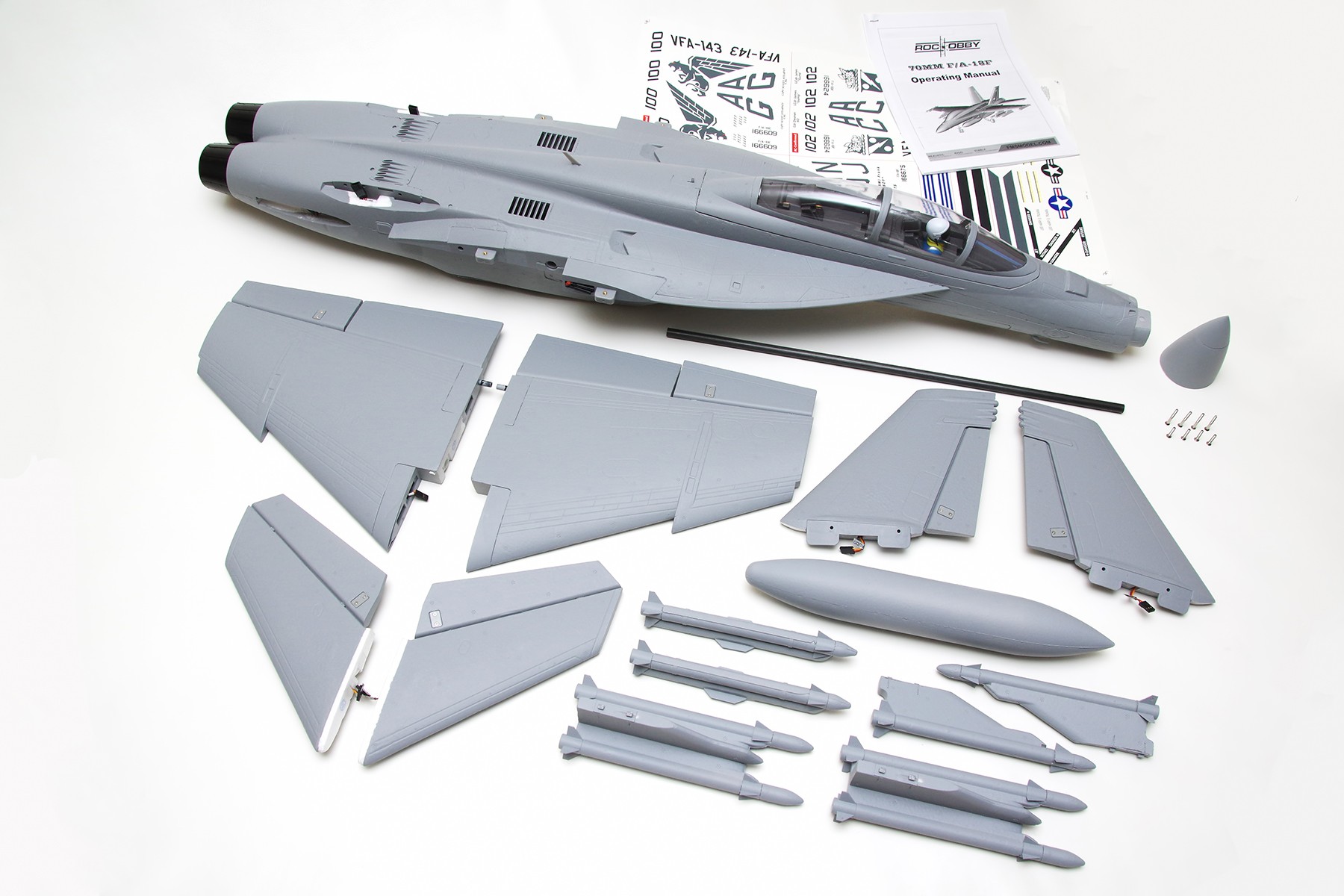 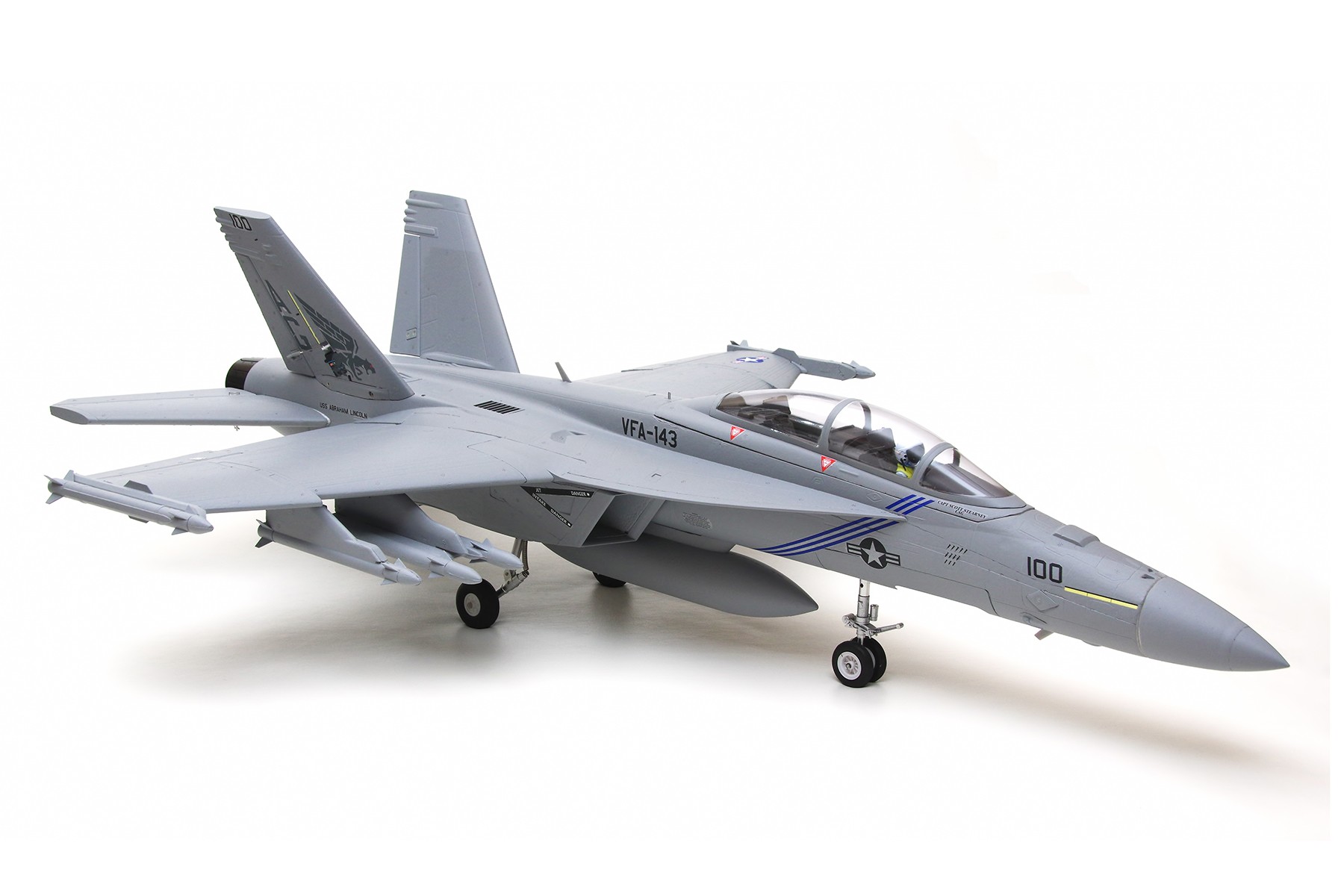 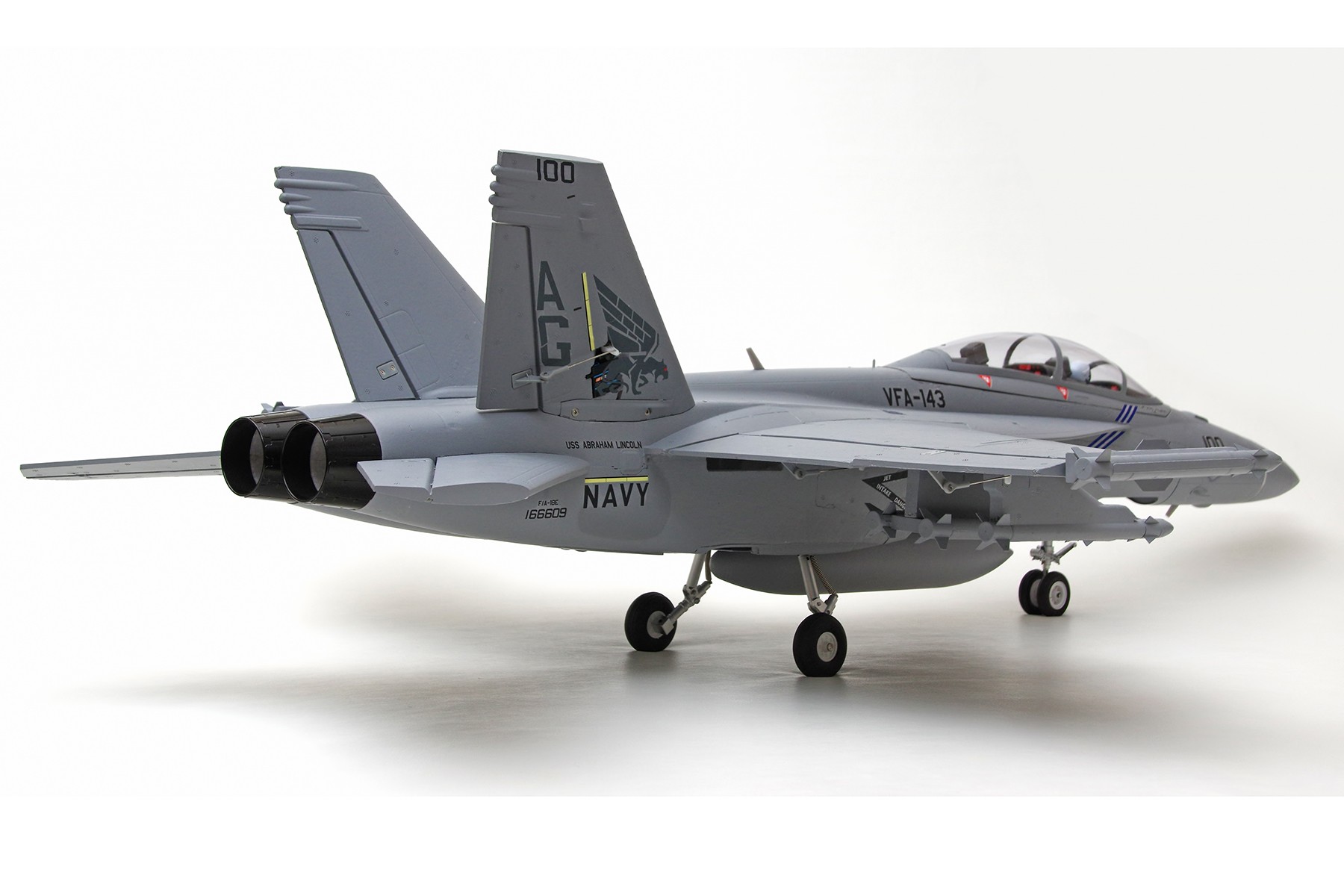 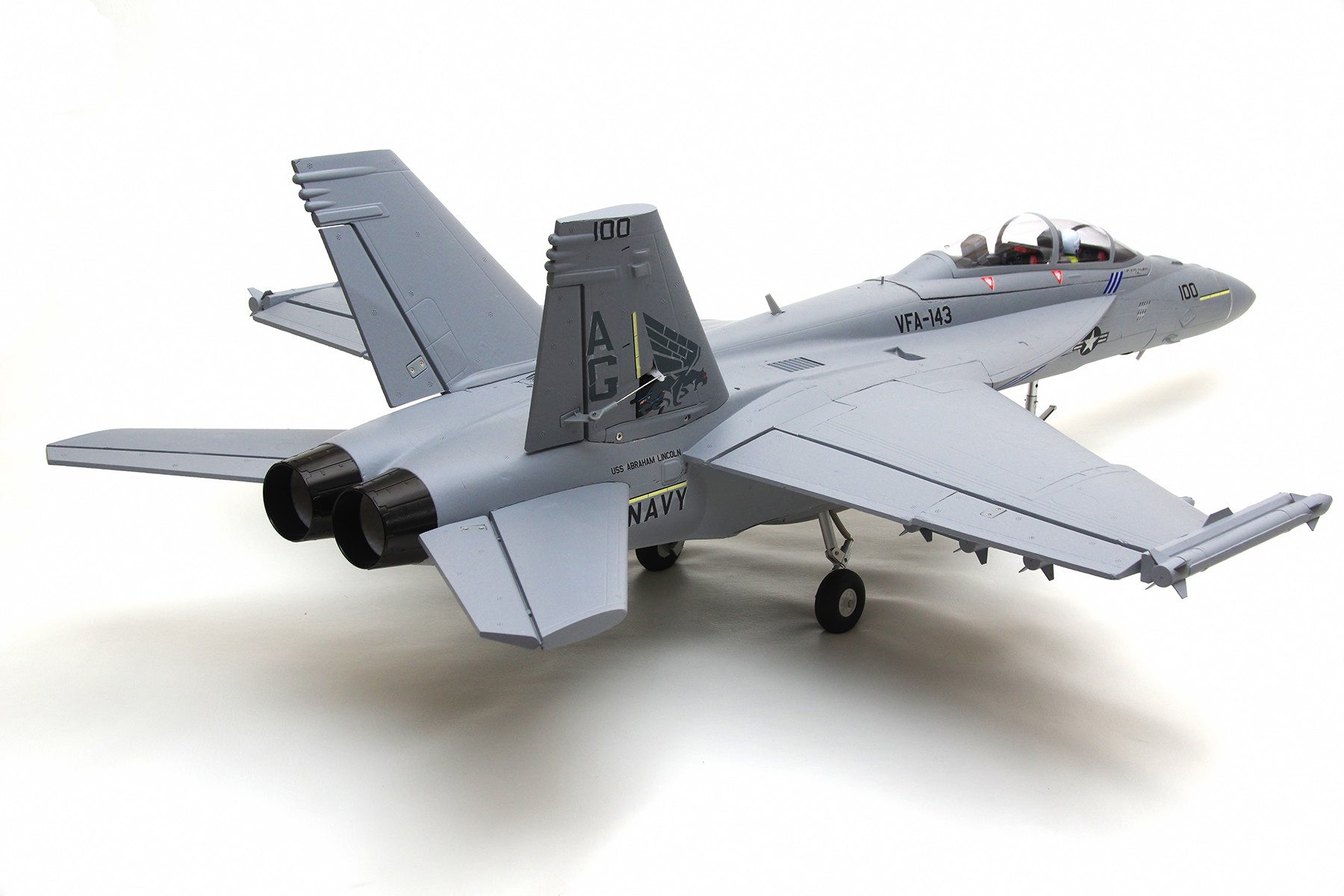 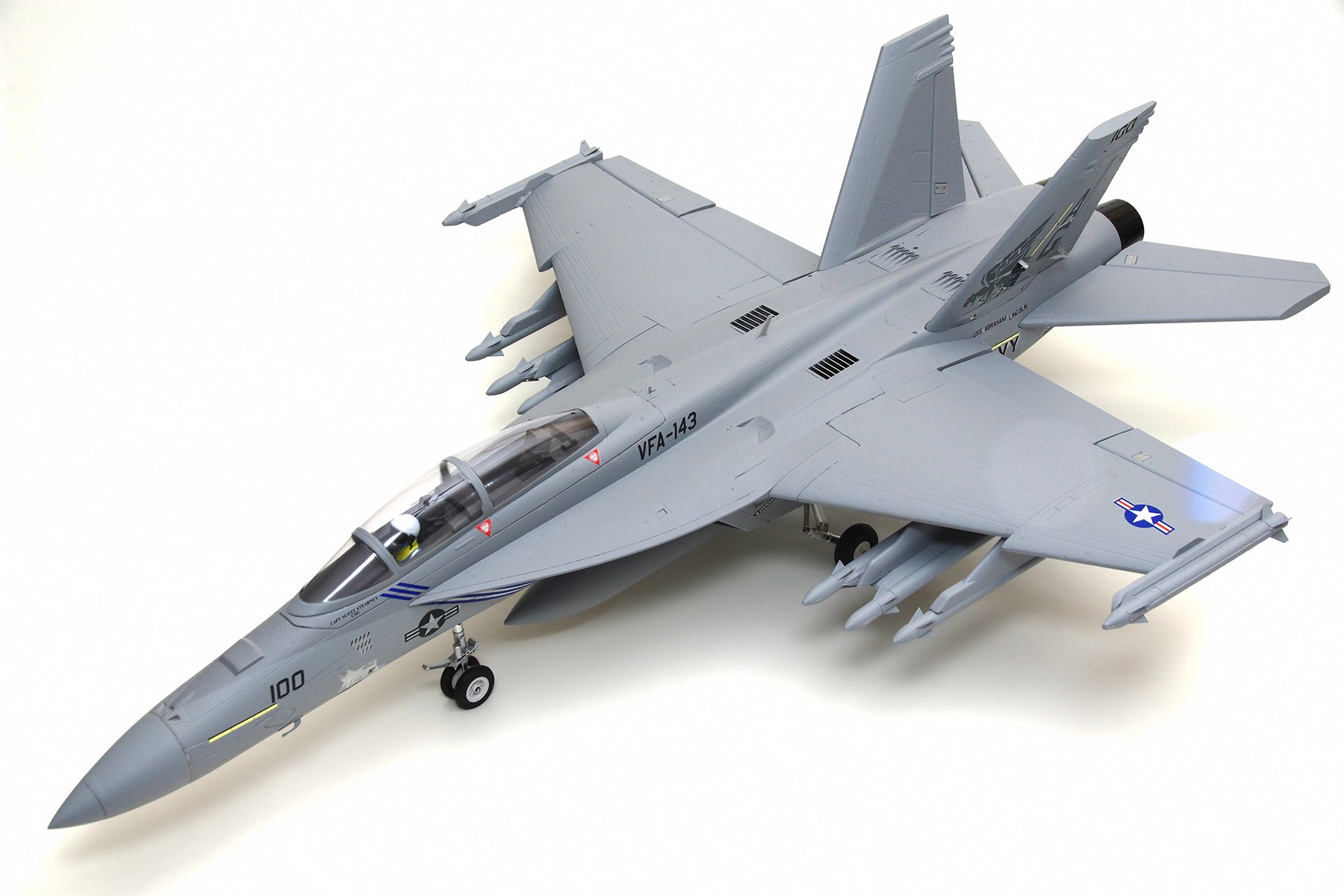 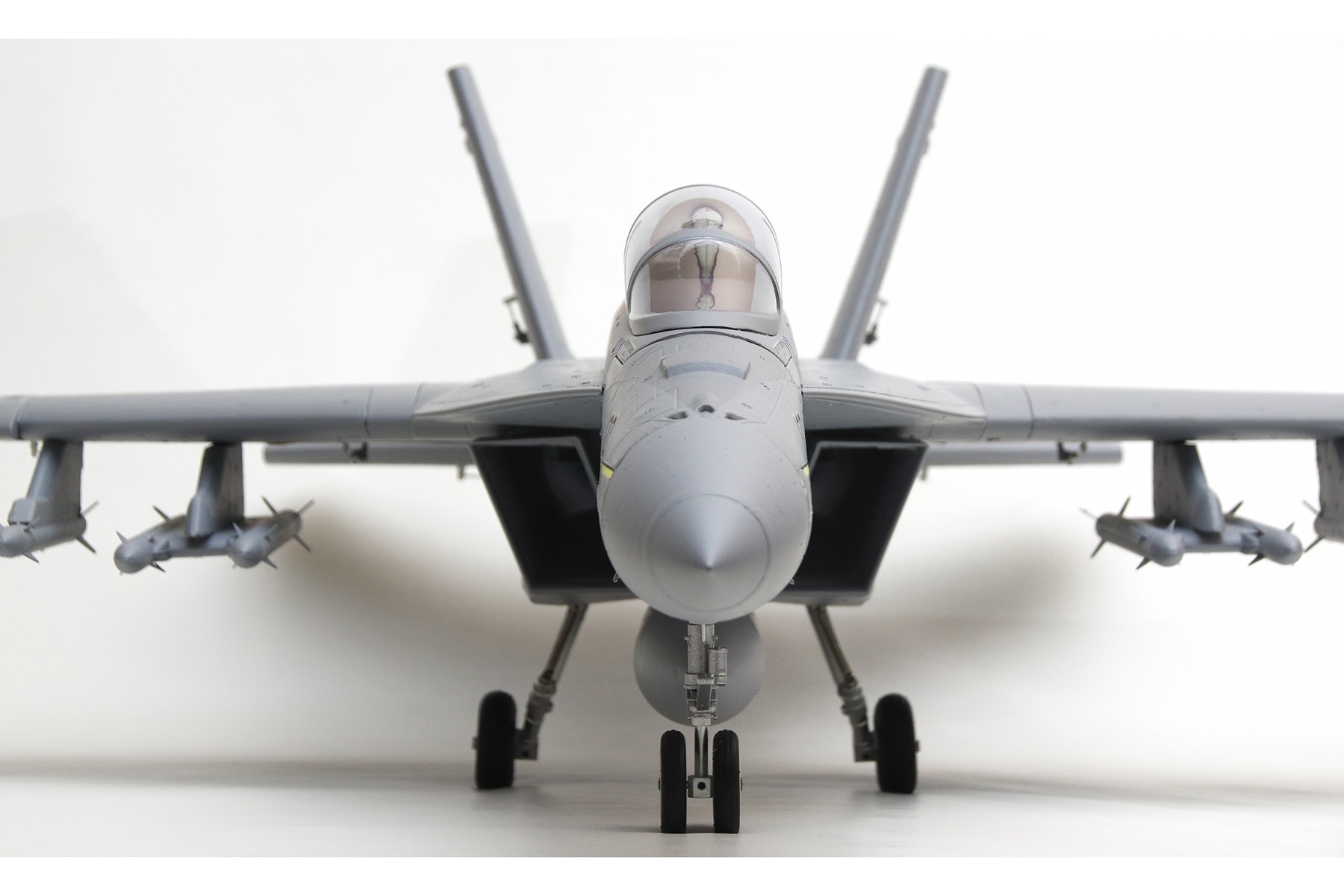 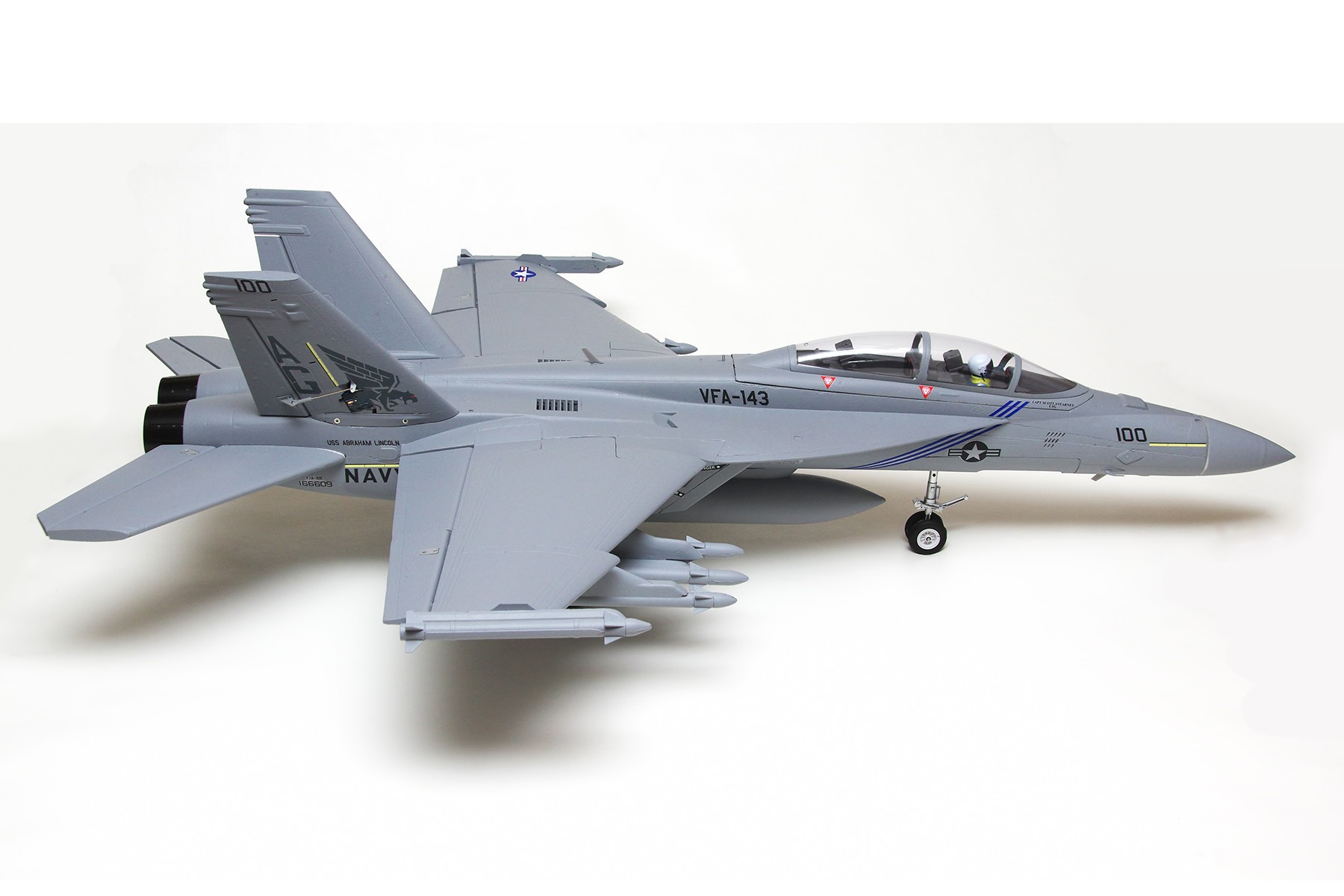 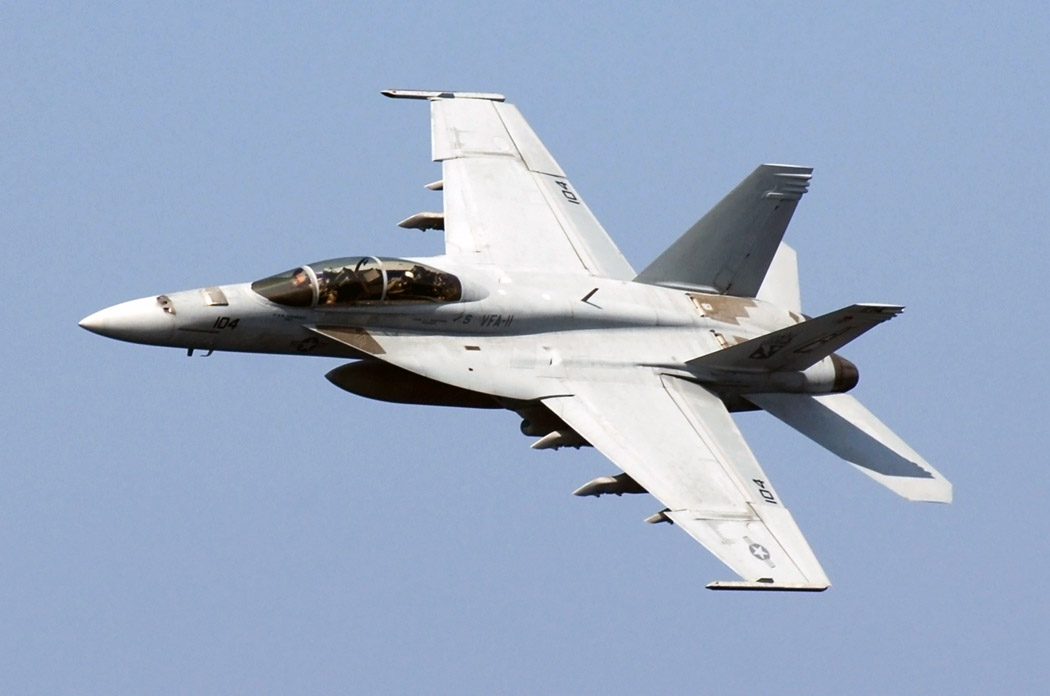 The Boeing F/A-18E and F/A-18F Super Hornet are twin-engine, carrier-capable, multirole fighter aircraft variants based on the McDonnell Douglas F/A-18 Hornet. The F/A-18E single-seat and F/A-18F tandem-seat variants are larger and more advanced derivatives of the F/A-18C and D Hornet.

The Super Hornet has an internal 20 mm M61 rotary cannon and can carry air-to-air missiles and air-to-surface weapons. Additional fuel can be carried in up to five external fuel tanks and the aircraft can be configured as an airborne tanker by adding an external air-to-air refueling system.

Designed and initially produced by McDonnell Douglas, the Super Hornet first flew in 1995. Low-rate production began in early 1997 with full-rate production starting in September 1997, after the merger of McDonnell Douglas and Boeing the previous month. The Super Hornet entered fleet service with the United States Navy in 1999, replacing the Grumman F-14 Tomcat, which was retired in 2006; the Super Hornet has served alongside the original Hornet. The Royal Australian Air Force (RAAF), which has operated the F/A-18A as its main fighter since 1984, ordered the F/A-18F in 2007 to replace its aging General Dynamics F-111C fleet. RAAF Super Hornets entered service in December 2010.

This article is an extract from the Wikipedia article "Boeing F/A-18E/F Super Hornet", which is released under the Creative Commons Attribution-Share-Alike License 3.0 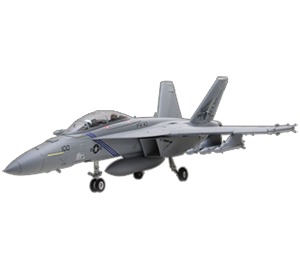 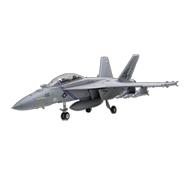 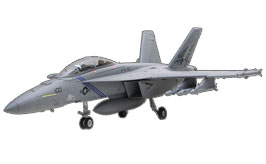 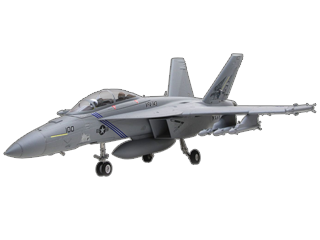 We cannot guarantee that the shops listed below do sell the F/A-18F Super Hornet in particular but at least we know they do distribute rocHobby. 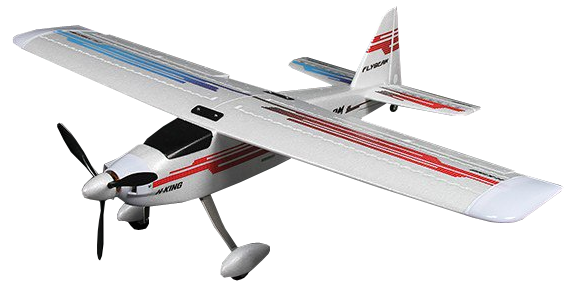 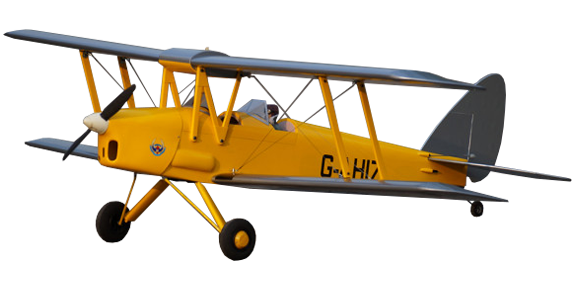 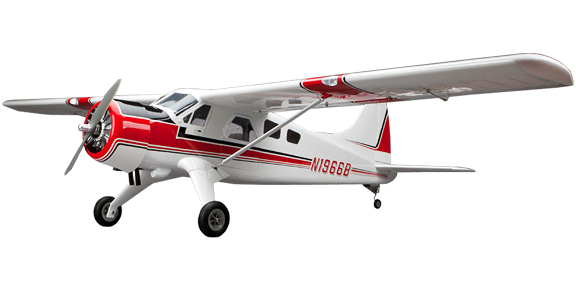