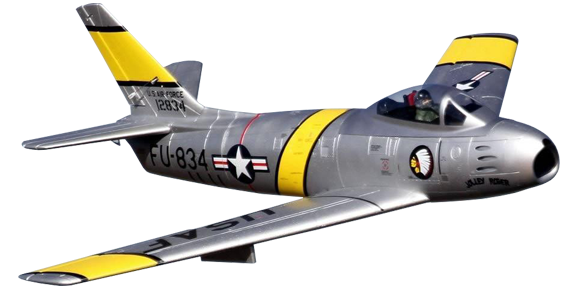 The Freewing 80mm EDF F-86 Sabre is modeled after the North American F-86F that was flown by USAF Ace Captain Clifford D. Jolley. Captain Jolley, call sign "Jolley Roger", flew in the 4th Fighter Interceptor Wing of the 335th Fighter Interceptor Squadron (Chiefs) during the Korean War and is credited with seven confirmed enemy victories. Such a famous plane deserves a scale model which lives up to legend of Captain Jolley, and Freewing has delivered with the 80mm EDF F-86.

The first thing you will notice about the Freewing F-86 is it's scale appearance and accurate proportions. You won't find a non-scale, over-sized intake on this jet; Freewing has created this famous jet in perfect proportions while not sacrificing performance. Speaking of performance, the Freewing F-86 uses the new 80mm 12-blade EDF with metal housing combined with a powerful 1680kV motor to produce nearly 6 pounds of thrust for awesome speed and incredible maneuverability. 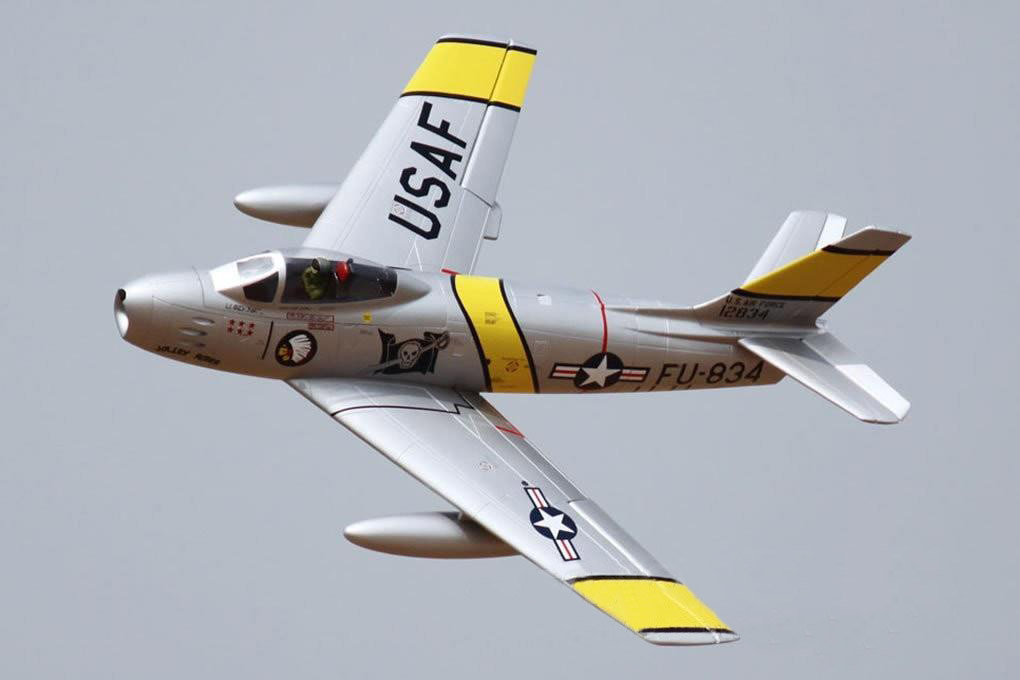 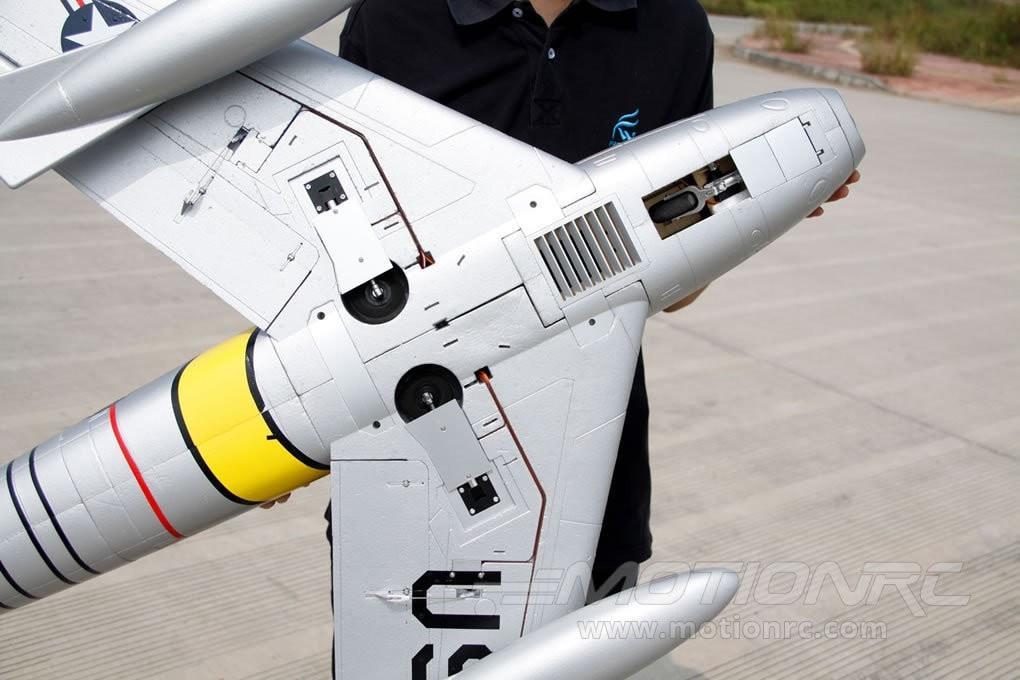 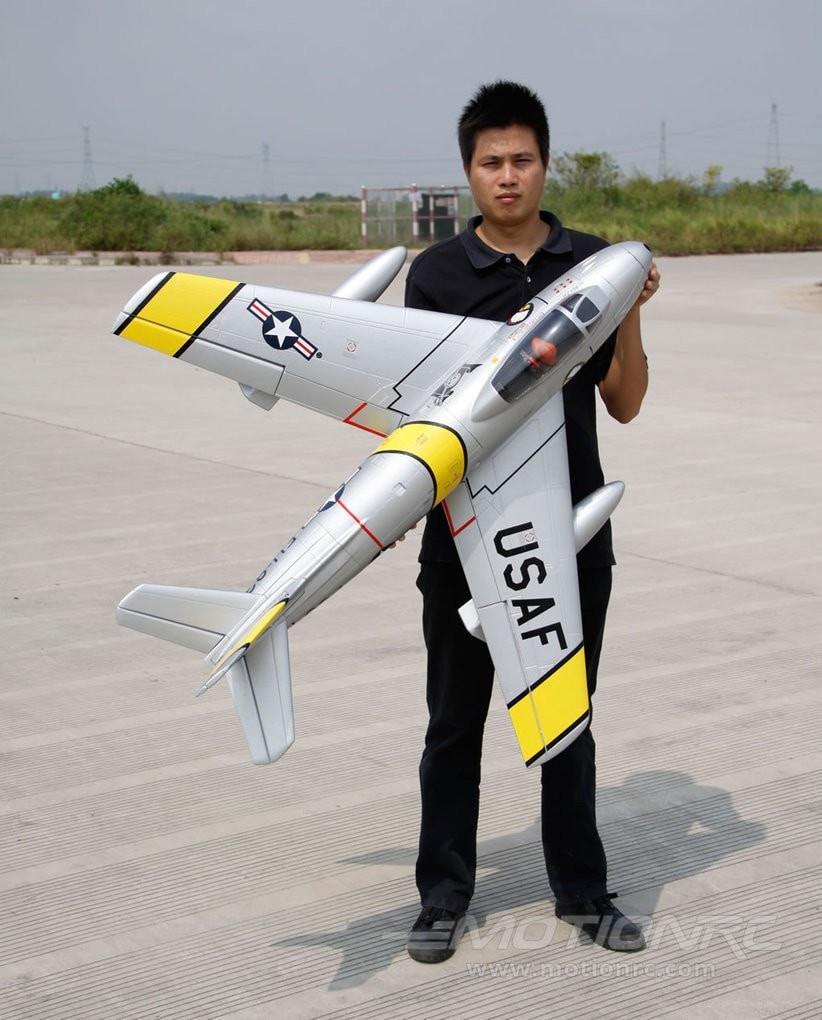 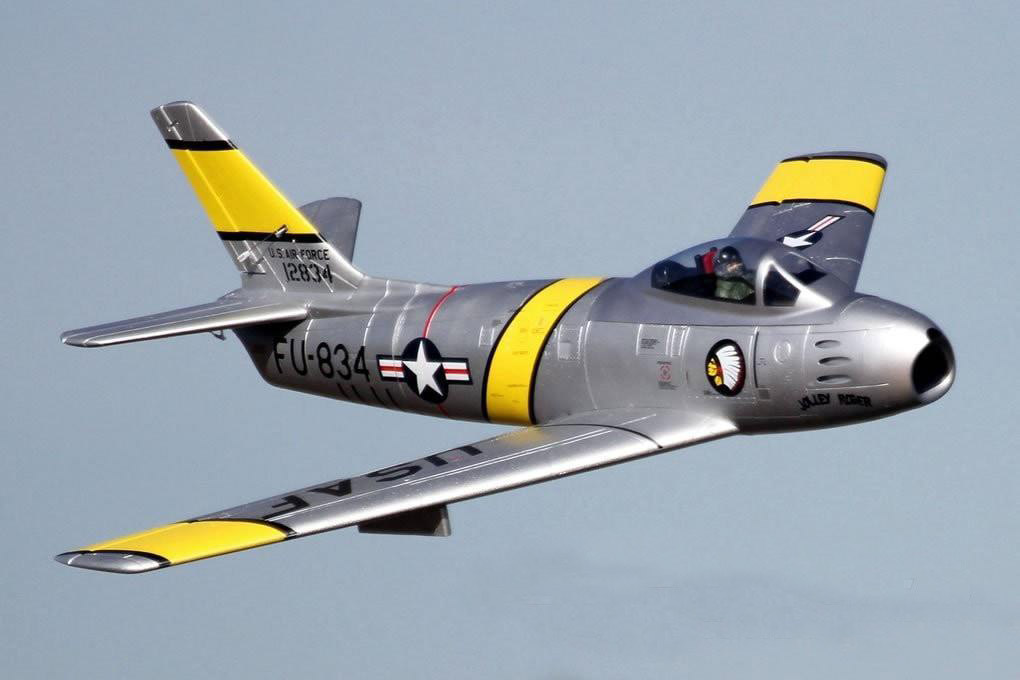 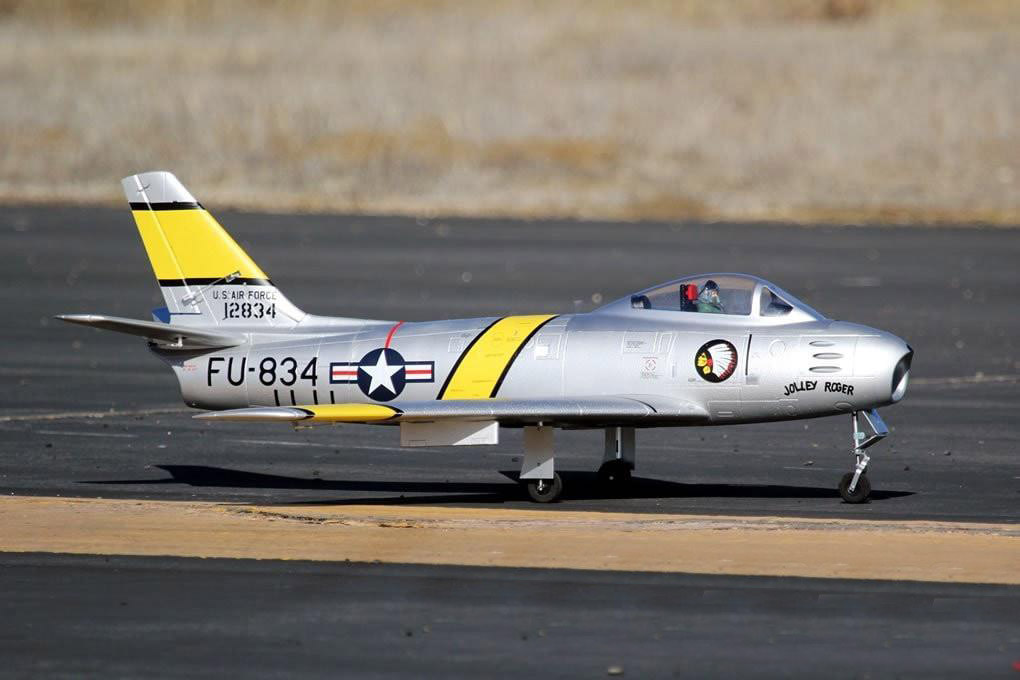 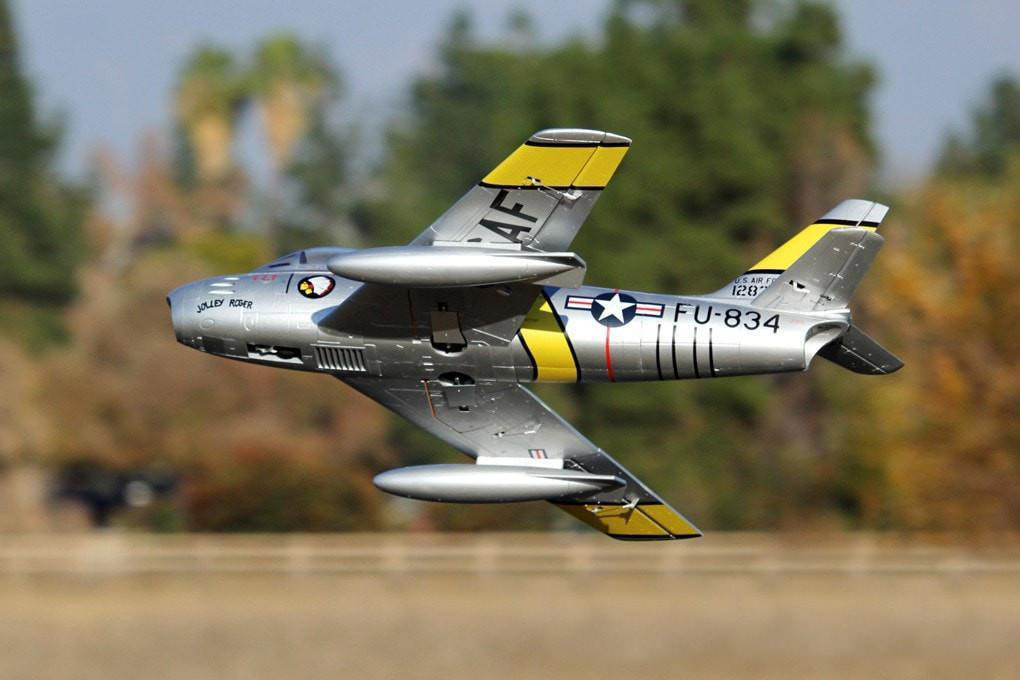 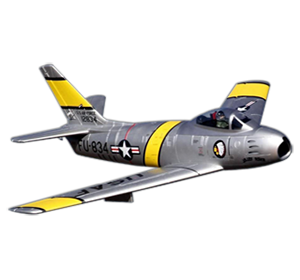 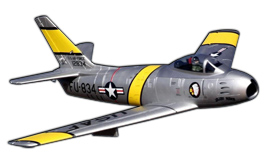 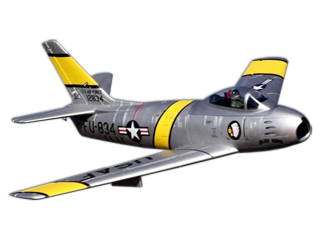 We cannot guarantee that the shops listed below do sell the F-86 Sabre in particular but at least we know they do distribute Freewing Model. 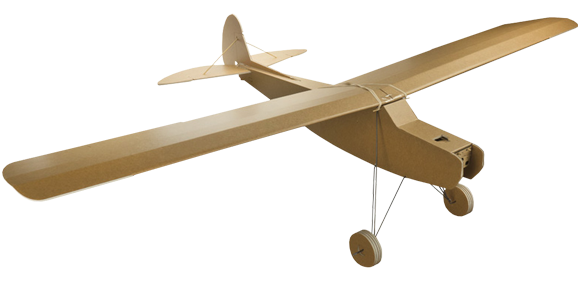 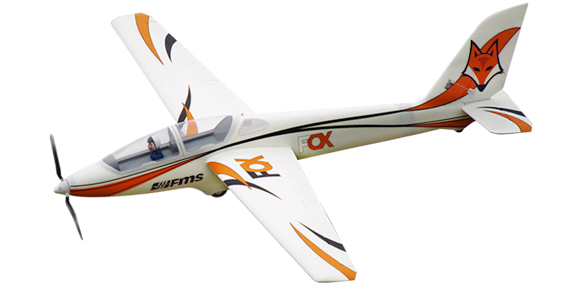 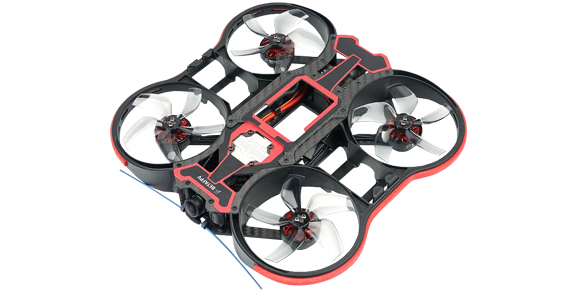