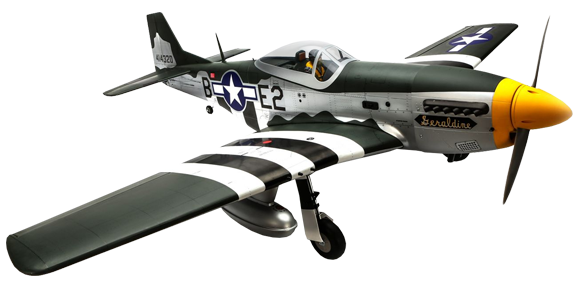 The Hangar 9® P-51D Mustang 20cc ARF is an expertly crafted model that combines modern engineering, outstanding flight capability, plus no compromise power-it-the-way-you-want-it expertise to deliver a replica warbird with stunning looks. Modeled after Mustangs used by the 375th Fighter Squadron during WWII, it’s constructed in 1/6-scale with lightweight balsa and plywood for legendary durability.

Leading the list of stunning details is the expertly applied, satin-finish covering of the sleek airframe. The lightweight material captures within scale features like panel lines, rivets, nomenclature and distinct colors for a brilliant appearance that’s durable. Bringing out its authenticity even further is a well-appointed cockpit with a 3D instrument panel, an intricately painted pilot figure and faceted utility compartment. Cowling detail features a matching finish with scale inlets and exhaust, plus a matching spinner. Optional-use wing tanks can be attached on the included wing pylons, or removed to improve high-speed maneuverability. Functional shock-absorbing gear struts include trailing-link suspension and scale-style axles with room for large wheels that make flying from grass easier.

No matter how you look at it, this Mustang is an impressive model for its size. Its two-piece wings smoothly connect with the scale wing fillet and distinct air scoop to lock-in without any need for tools. Control surfaces feature airfoil-shape design for smoother flight, and scale hinge lines with factory drilled hinges for easy installation. You can take the scale experience higher by replacing the rugged fixed landing gear with E-flite® electric retracts available for both the main and tail wheel locations. Functional flaps allow for a wider flight envelope that includes shorter takeoffs and slower landing speeds.

A large top-hatch provides extensive interior access from the cockpit to the firewall. The included hardware package is complete to make assembly as simple as possible and provide easy-to-install mounting options for all the electric and engine power recommendations. No matter what power plant you install, handling in the air is impressive with a look and control feel that honors the original. Whether this is your first warbird, or the perfect complement to your collection, the Hangar 9 P-51D Mustang 20cc ARF is the historic success story you’ve been looking for. 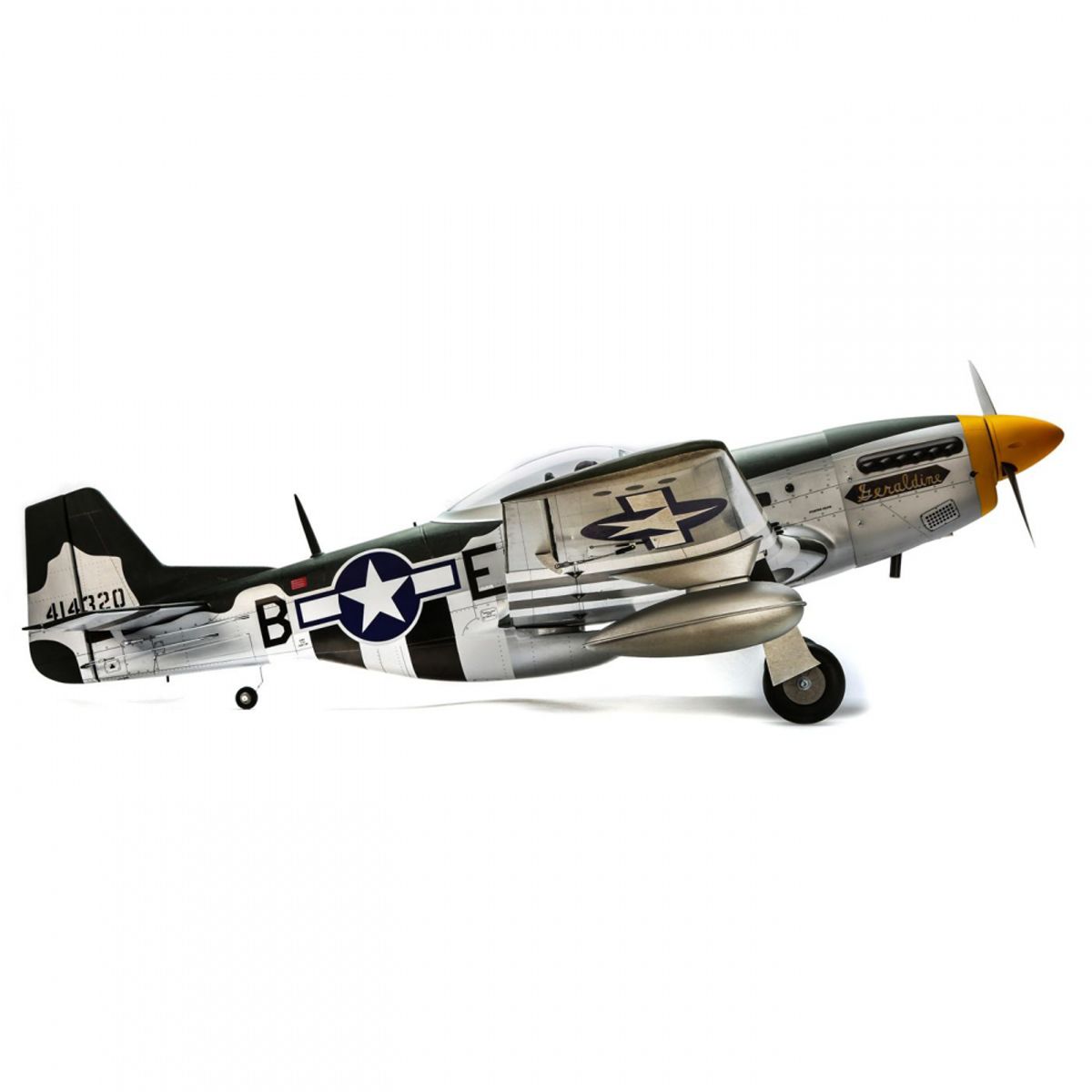 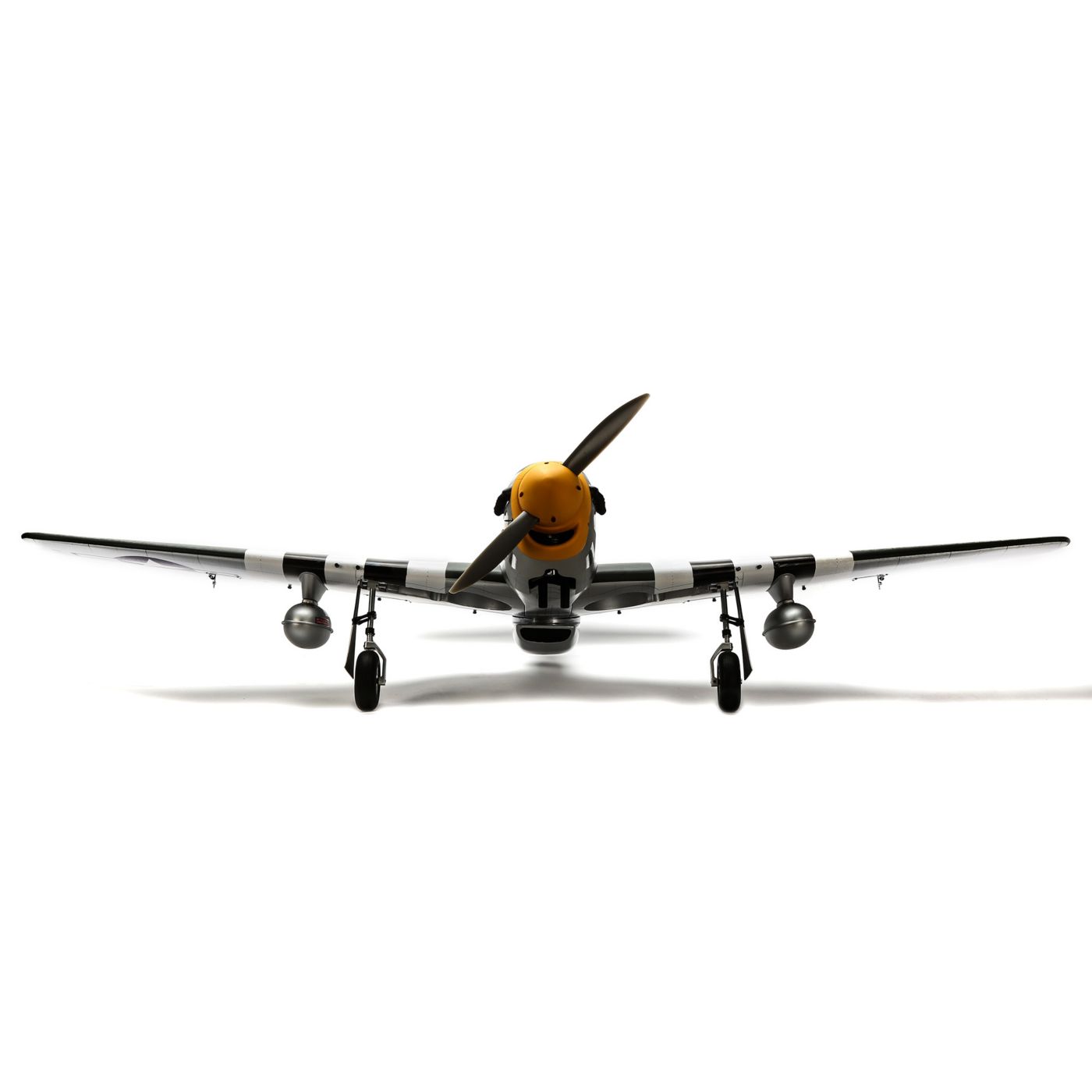 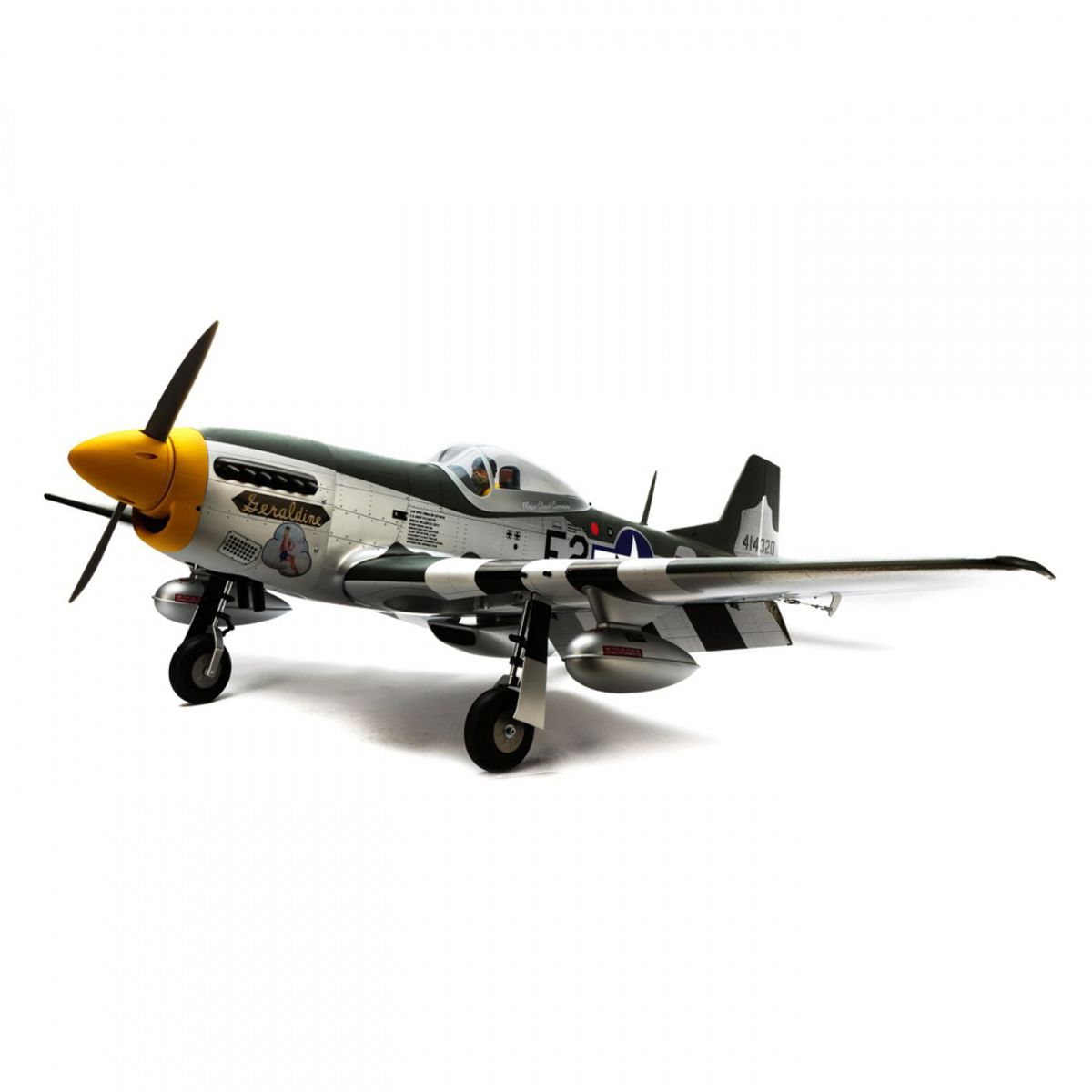 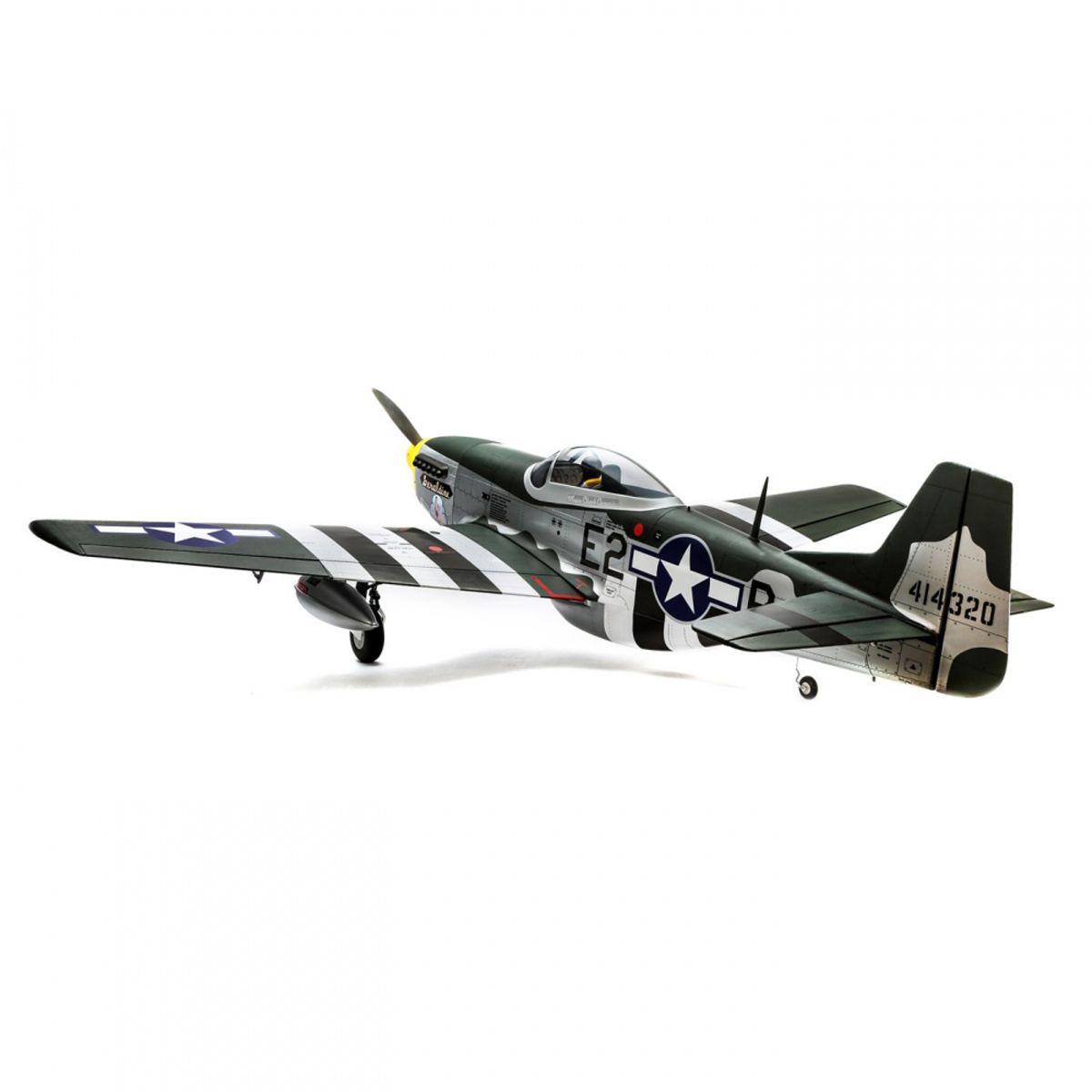 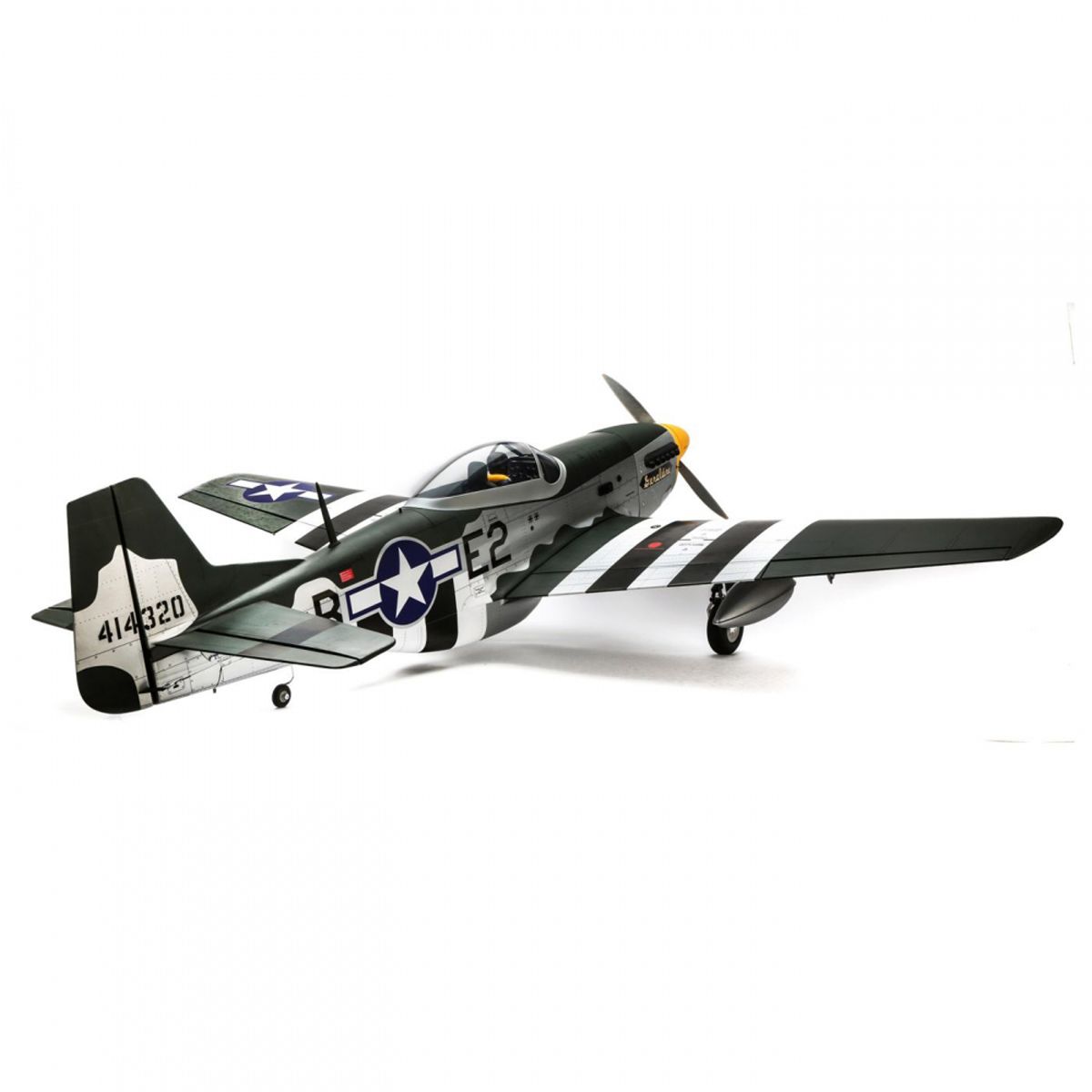 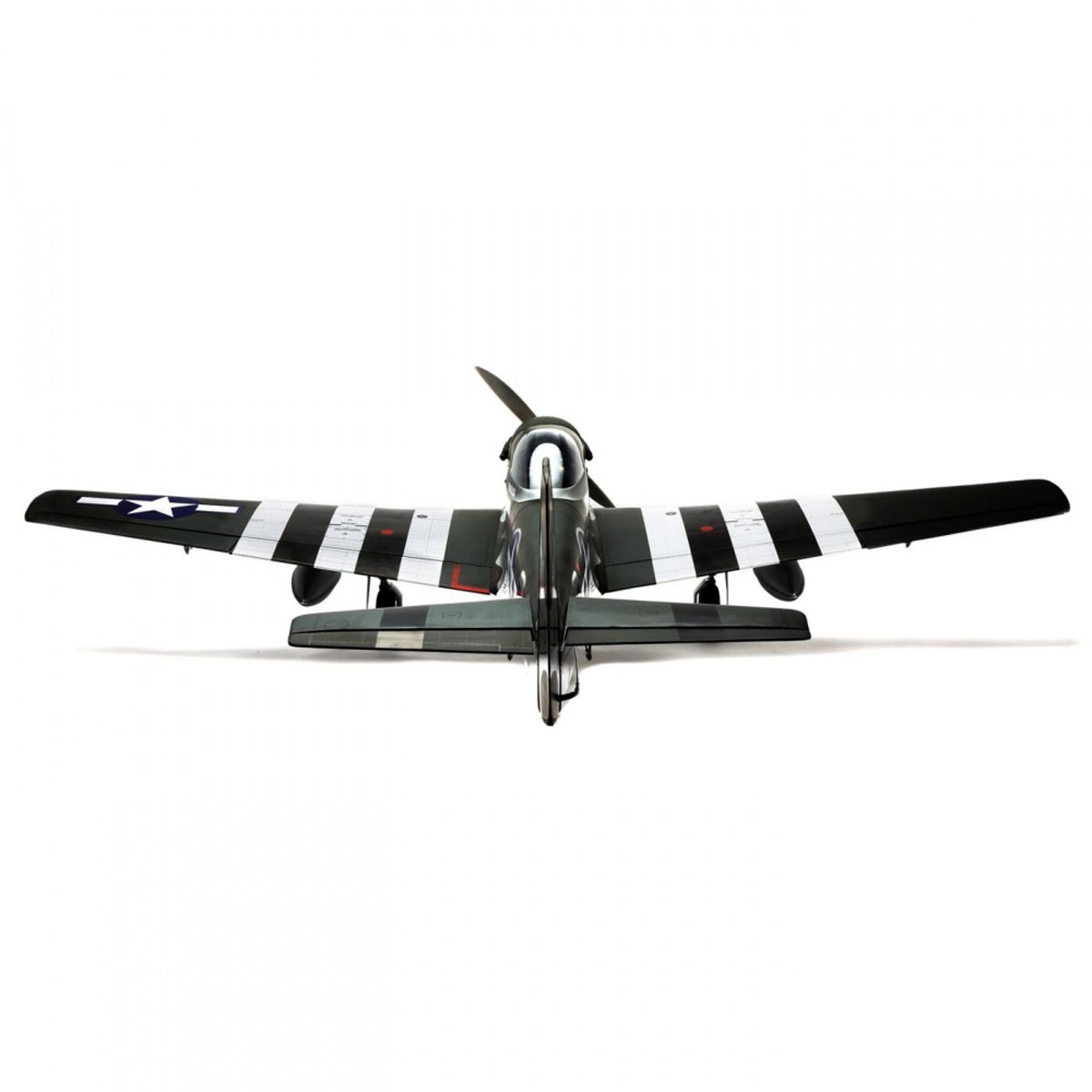 Over twenty variants of the North American P-51 Mustang fighter were produced from 1940, when it first flew, to after World War II, some of which were employed also in the Korean War and in several other conflicts. 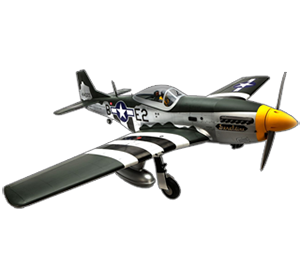 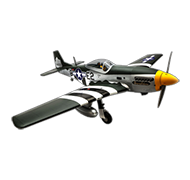 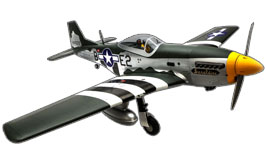 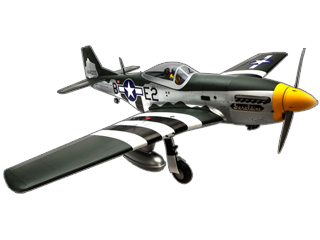 We cannot guarantee that the shops listed below do sell the P-51D Mustang in particular but at least we know they do distribute hangar 9. 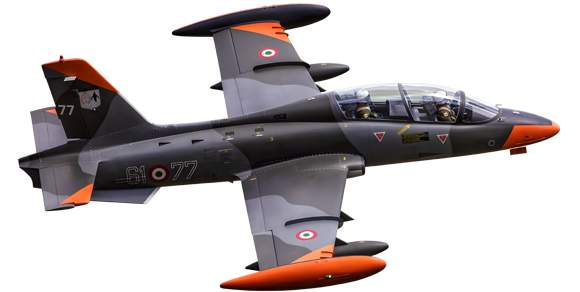 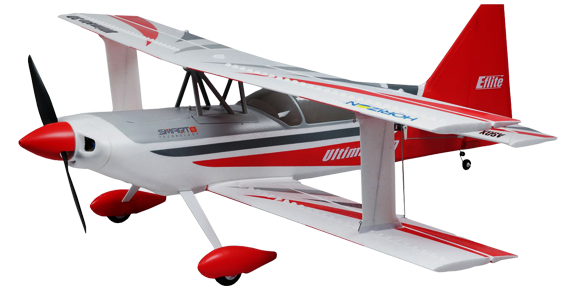