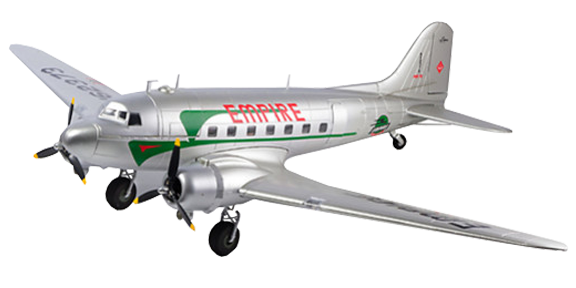 The Douglas DC-3 revolutionized air transport in the 1930s and 1940s. Its lasting effect on the airline industry and World War II makes it one of the most significant transport aircraft ever made. It started as a request from TWA airlines to Douglas in response to the Boeing 247 being unavailable for purchase. “DC” being derived from Douglas Commercial became the model prefix, starting with the DC-1 in 1933, with the DC-3 arriving in commercial service in 1936.

Over 16,000 DC-3's were built, the bulk of them as C-47 military versions but also included license built models in both Japan and Russia. With the market flooded with military surplus versions, they became quite popular for use by small-time airlines, cargo services, sky diving duty, and more. They have been extensively used as fire fighting aircraft, being heavily modified by companies like Basler Aviation to include drop systems and more powerful Pratt & Whitney PT-6A turboprop engines. There are still large numbers of DC-3's in use even to this day.

Our model of the DC-3 arrives as a fully molded EPO foam airframe, in all bolt together, plug and fly format. As a scale model, it is a remarkably accurate representation. Since everyone likes options, we have included 2 sets of decals in the box, Empire Airlines and Finnair. As the DC-3 was so widely used, feel free to model it after your favorite scheme. Empire Airlines, a passenger service that operated DC-3's and flew between Tri-Cities Washington, Boise and Coeur D'Alene Idaho in the late 1940s with the other set being Finnair, the which is one of the worlds oldest passenger services based in Helsinki, Finland, having adopted the DC-3 for use in 1947.

The DC-3 has a host of features including working retracts, LED wingtip and landing lights, as well as a large removable battery hatch and working flaps. Making take off much easier, we have included counter-rotating propellers. To handle the load of all those servos, lights, plus retracts, we've included an external BEC unit wired into the ESC wire harness.

Flying the DC-3 is a treat. Large tail surfaces, a light wing loading, plenty of power, and ample washout all combine to make a docile handling airplane. Fly slow, fly fast, this thing looks great from all angles at any speed. If civilian colors are not your speed, we offer it in a green C-47 military version that has three decal sets included. Really when you think about it, we've made a complete package. Scale looks, excellent handling, color AND decal options, all at a price that is quite affordable. You're probably thinking “but I'm not into scale models” honestly, with what we offer you, you'll want to be into scale models after seeing the HobbyKing DC-3. 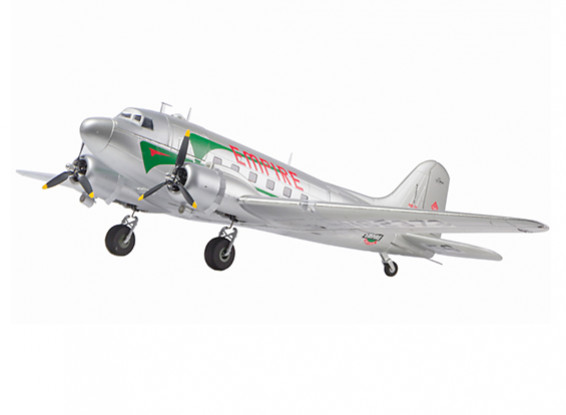 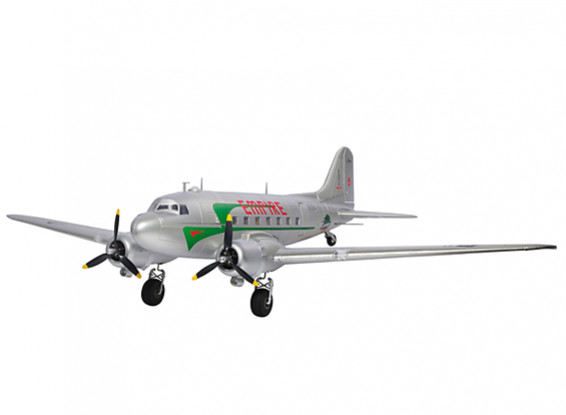 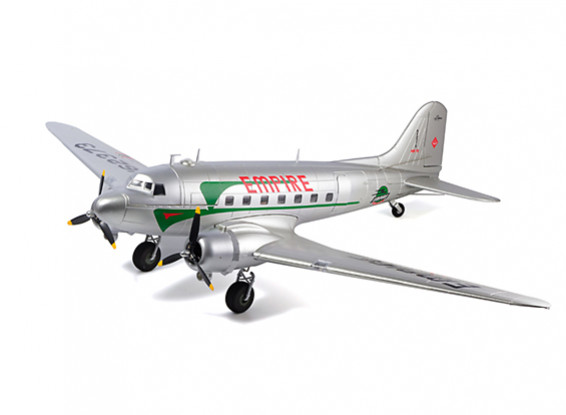 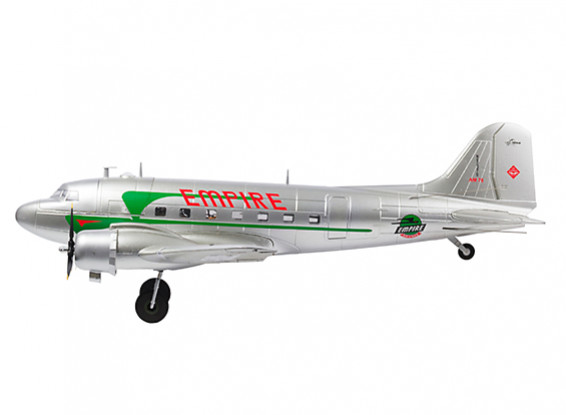 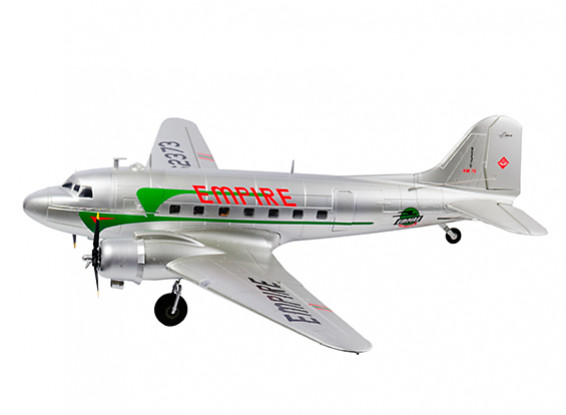 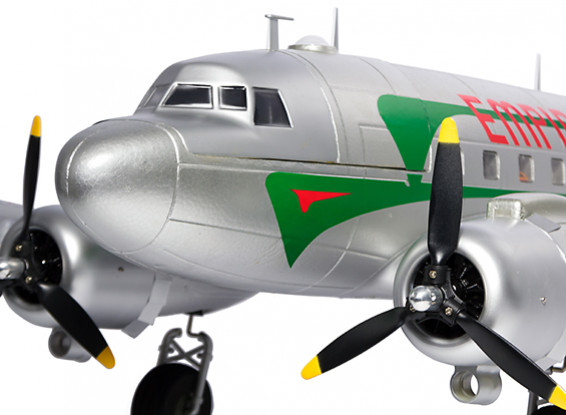 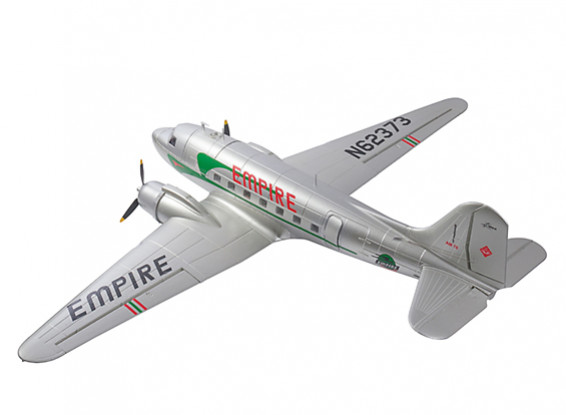 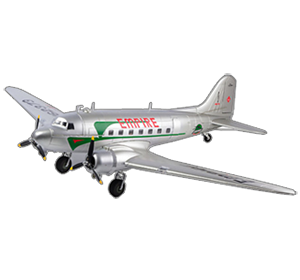 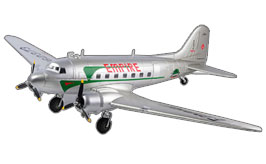 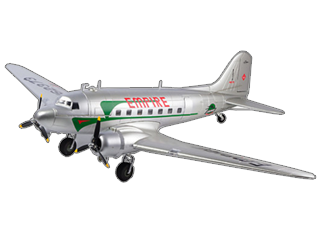 We cannot guarantee that the shops listed below do sell the Empire Airlines DC-3 in particular but at least we know they do distribute HobbyKing. 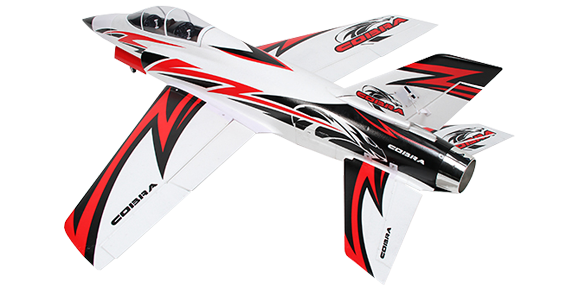 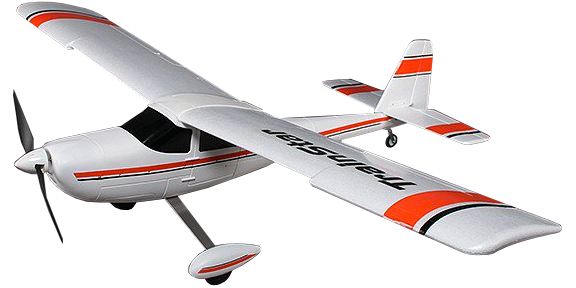 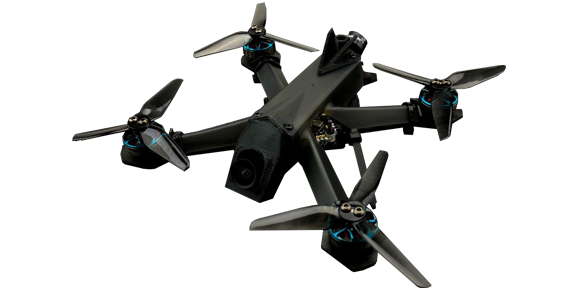