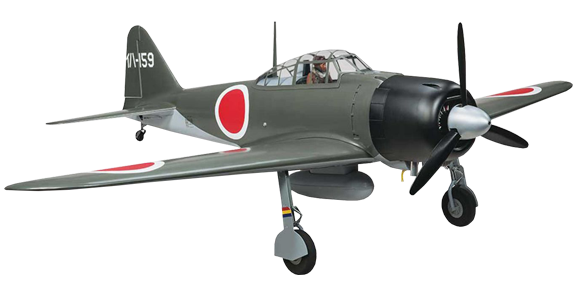 At its introduction in 1940, the Zero was the most devastatingly effective aircraft in production. Its long range and incredible performance made it virtually untouchable. This Top Flite model is a tribute to those legendary aircraft, designed to be scale in appearance and performance. A thick airfoil, large wing and wide stance landing gear deliver ease of flight and good maneuverability on the ground. Make no mistake, this Zero is no trainer. It's a sleek bird with maneuverability worthy of its legendary namesake. 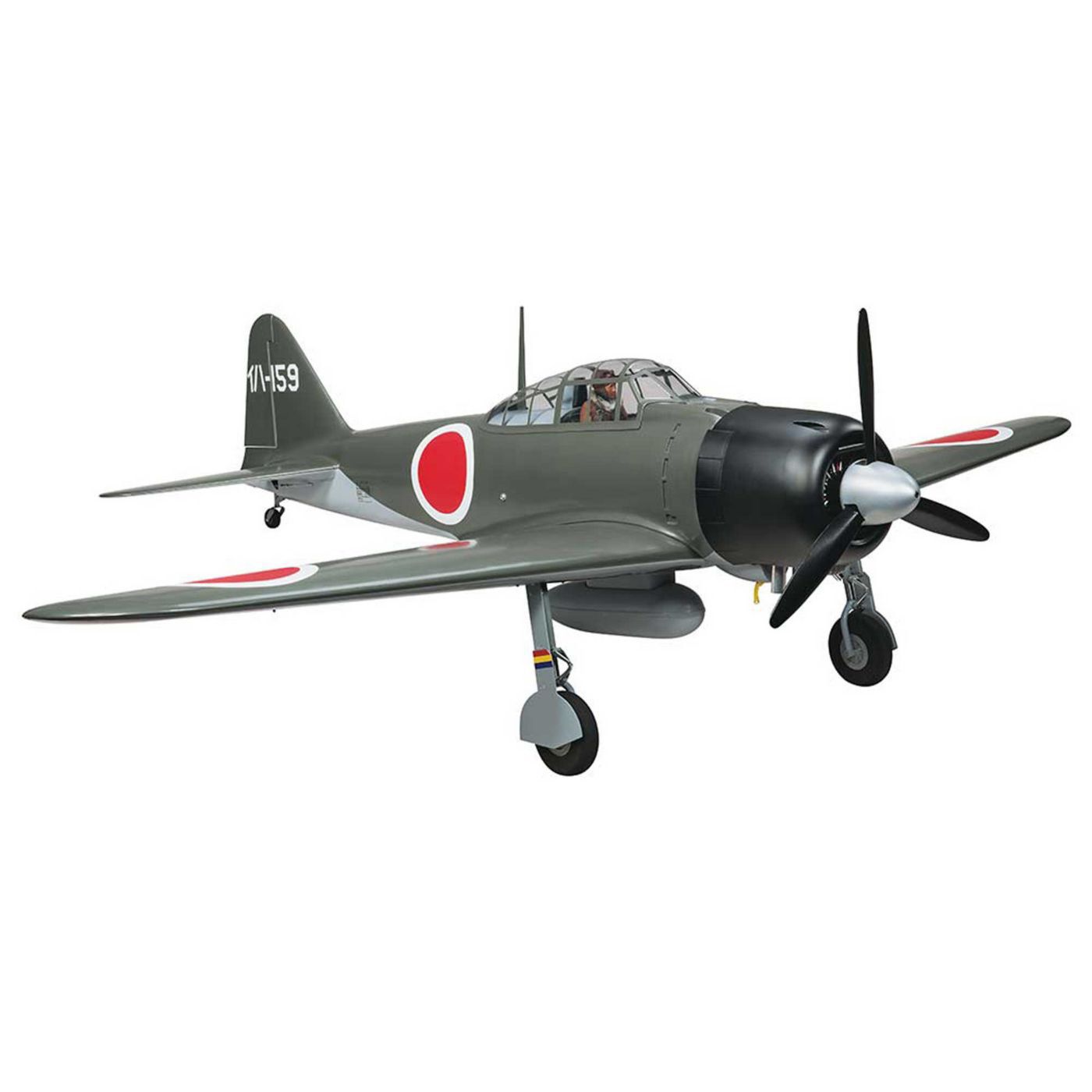 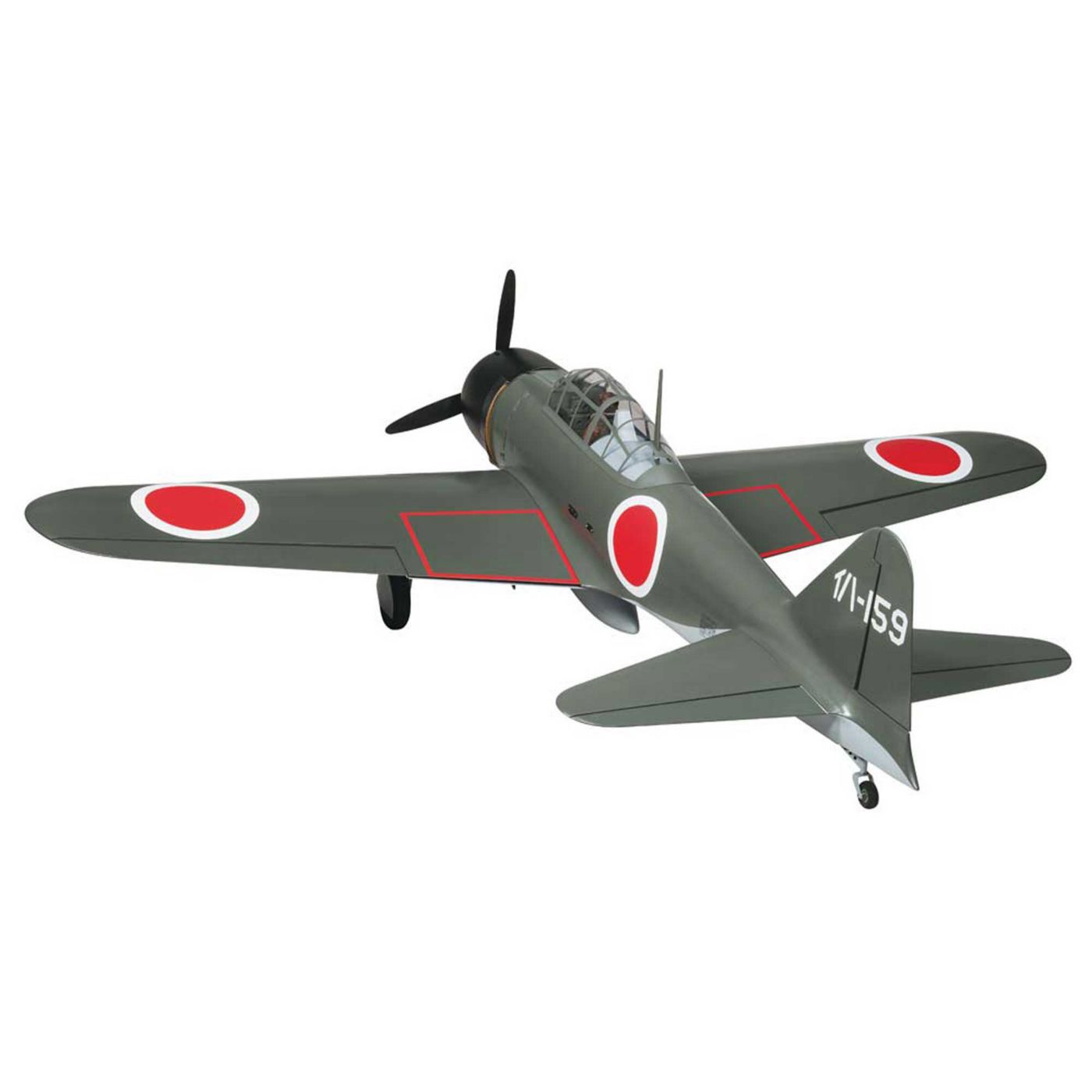 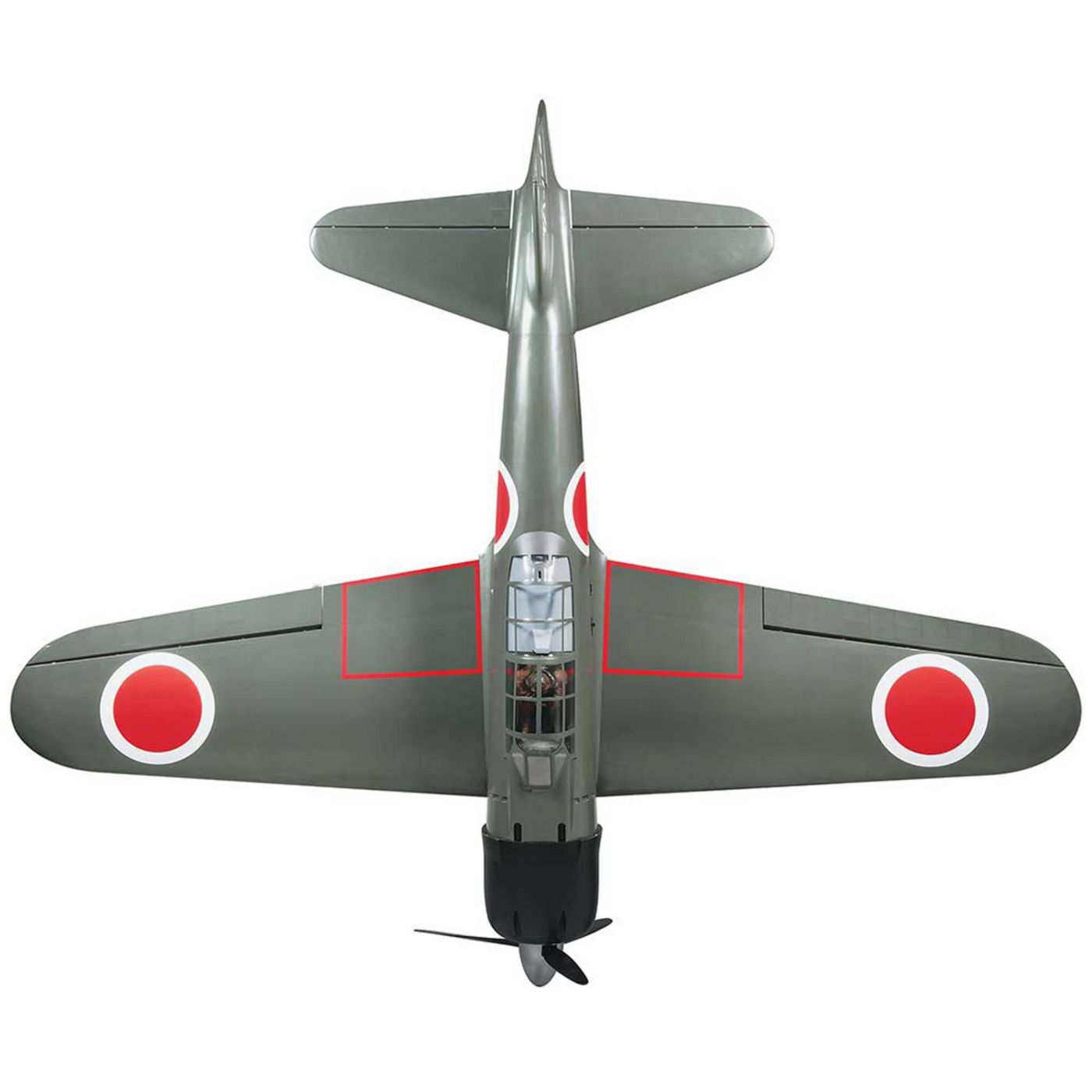 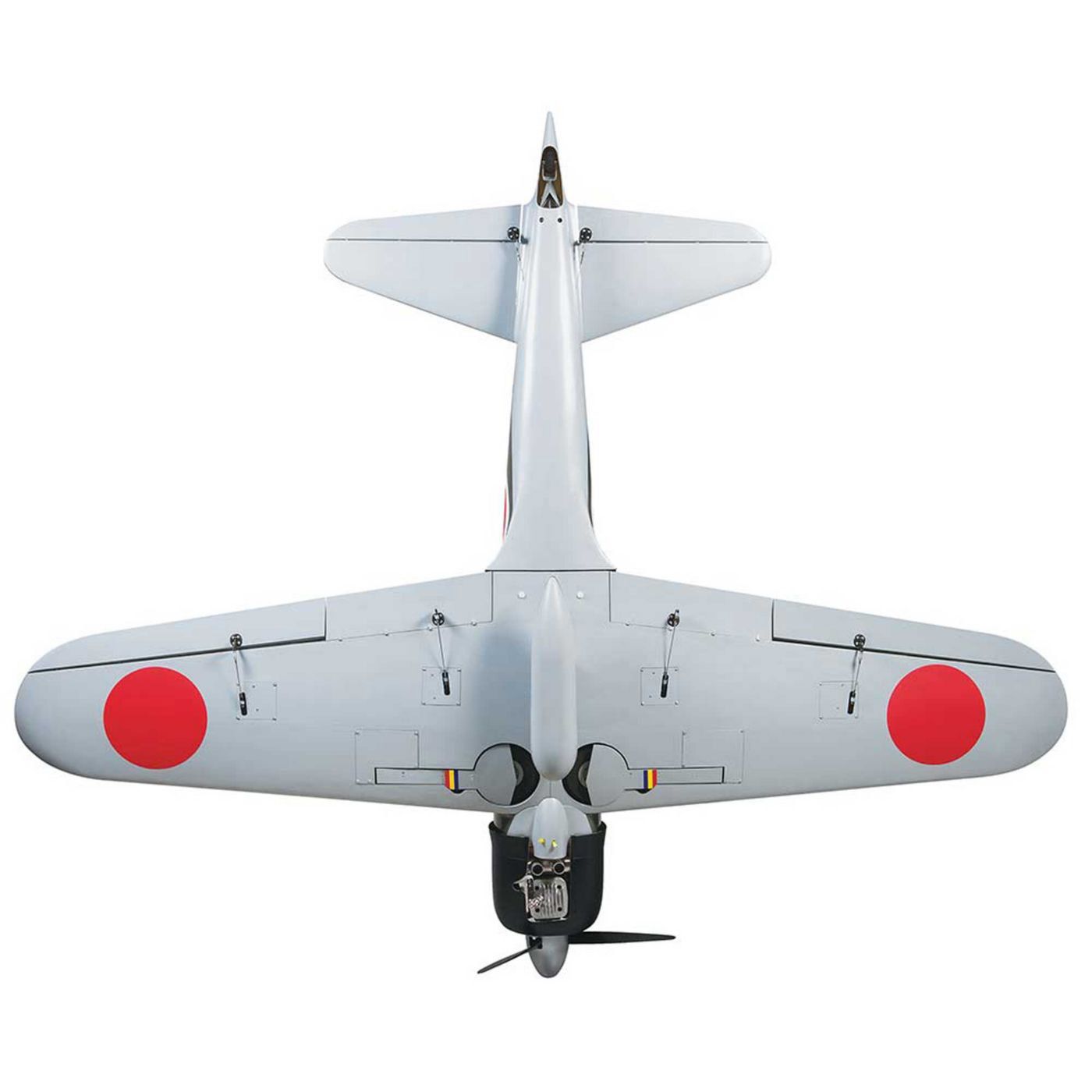 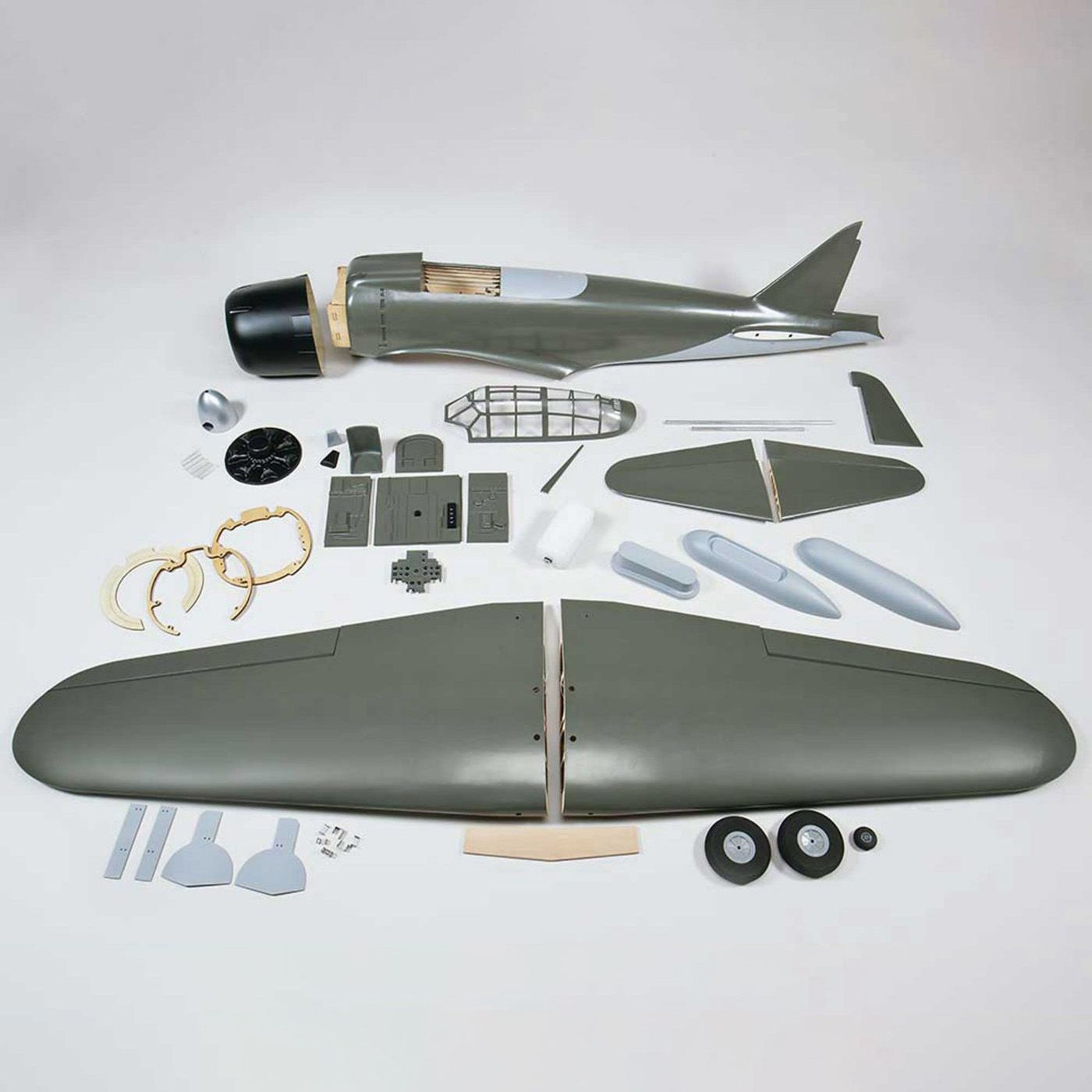 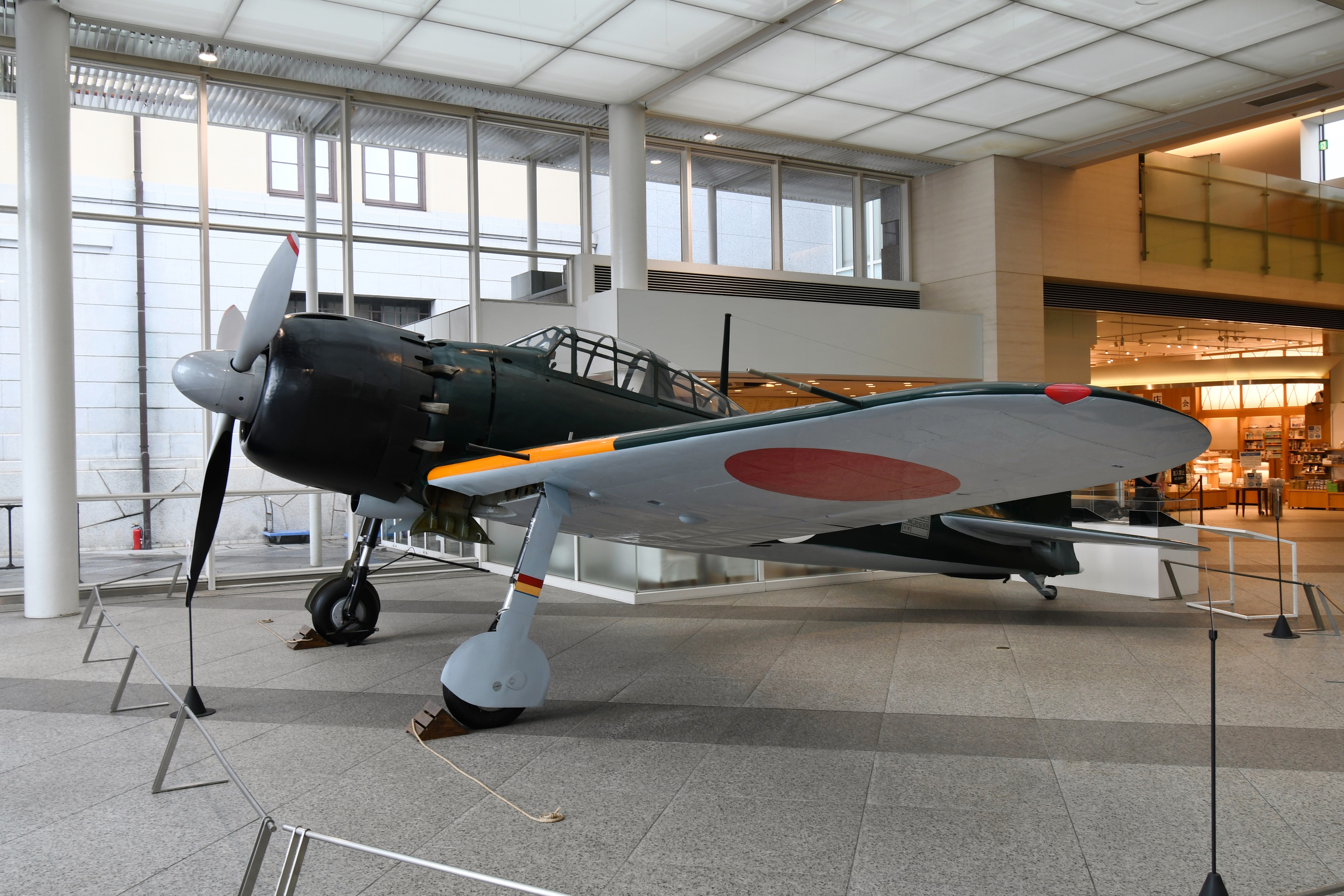 The Mitsubishi A6M "Zero" is a long-range carrier-based fighter aircraft formerly manufactured by Mitsubishi Aircraft Company, a part of Mitsubishi Heavy Industries, and was operated by the Imperial Japanese Navy from 1940 to 1945. The A6M was designated as the Mitsubishi Navy Type 0 carrier fighter (零式艦上戦闘機, rei-shiki-kanjō-sentōki), or the Mitsubishi A6M Rei-sen. The A6M was usually referred to by its pilots as the Reisen (零戦, zero fighter), "0" being the last digit of the imperial year 2600 (1940) when it entered service with the Imperial Navy. The official Allied reporting name was "Zeke", although the name "Zero" (from Type 0) was used colloquially as well.

The Zero is considered to have been the most capable carrier-based fighter in the world when it was introduced early in World War II, combining excellent maneuverability and very long range. The Imperial Japanese Navy Air Service (IJNAS) also frequently used it as a land-based fighter.

In early combat operations, the Zero gained a reputation as a dogfighter, achieving an outstanding kill ratio of 12 to 1, but by mid-1942 a combination of new tactics and the introduction of better equipment enabled Allied pilots to engage the Zero on generally equal terms. By 1943, the Zero was less effective against newer Allied fighters due to design limitations. It lacked hydraulic boosting for its ailerons and rudder, rendering it extremely difficult to maneuver at high speeds. By 1944, with Allied fighters approaching the A6M levels of maneuverability and consistently exceeding its firepower, armor, and speed, the A6M had largely become outdated as a fighter aircraft. However, as design delays and production difficulties hampered the introduction of newer Japanese aircraft models, the Zero continued to serve in a front-line role until the end of the war in the Pacific. During the final phases, it was also adapted for use in kamikaze operations. Japan produced more Zeros than any other model of combat aircraft during the war.

This article is an extract from the Wikipedia article "Mitsubishi A6M Zero", which is released under the Creative Commons Attribution-Share-Alike License 3.0 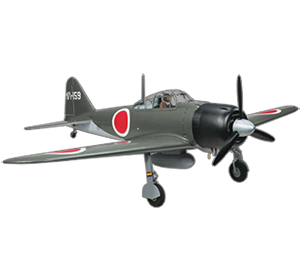 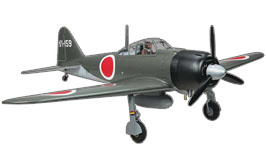 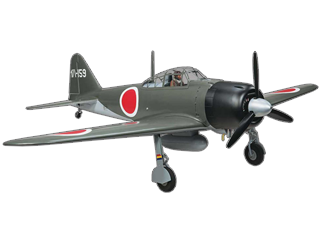 We cannot guarantee that the shops listed below do sell the Giant Zero A6M in particular but at least we know they do distribute Top Flite. 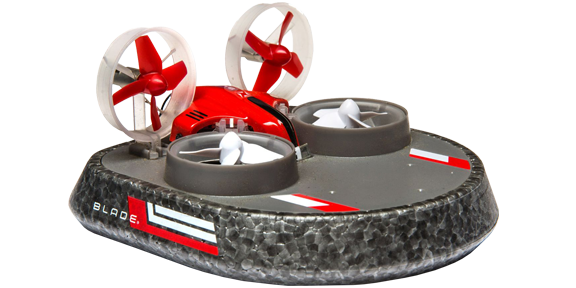 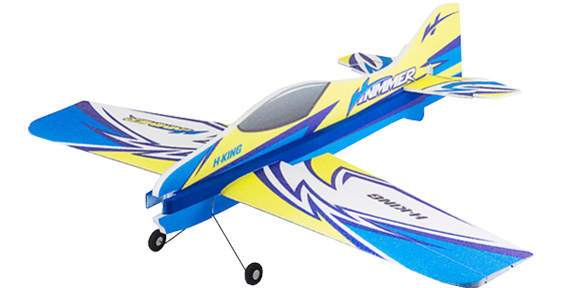 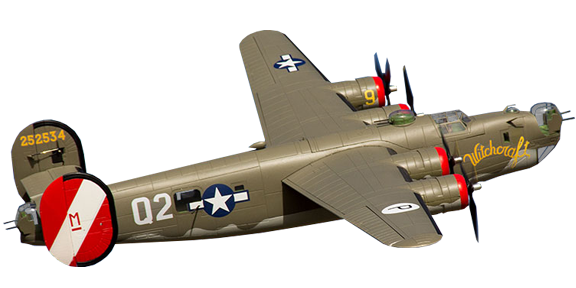